Photo credit: Justin Hirvi | Bonzu / MUJI via Design Boom
Japanese retail company MUJI partnered with Finnish technology company Sensible 4 to create “GACHA,” an autonomous shuttle bus that can operate in all weather conditions. It’s set to launch in Finland later this spring, starting in the city of Espoo with the eventual goal of expanding to Helsinki, Vantaa, and other large cities later by the end of 2019. Read more for a video, additional pictures and information.

“MUJI imbued the vehicle with its minimalist DNA, creating clean, streamlined interiors and large windows. Gacha stretches 30 feet long and can hold up to 16 passengers. It has an LED strip that wraps around the front and back like a ribbon and serves as the headlights and an announcement ticker,” reports Curbed. 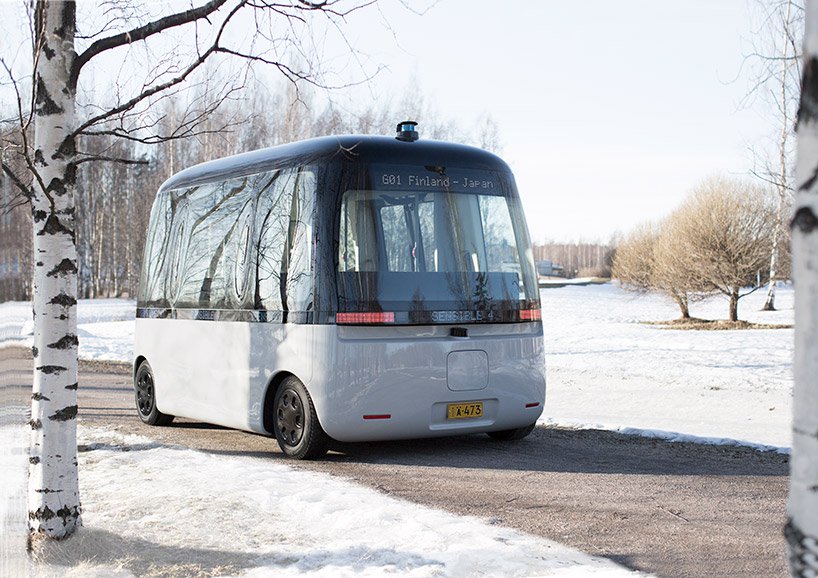 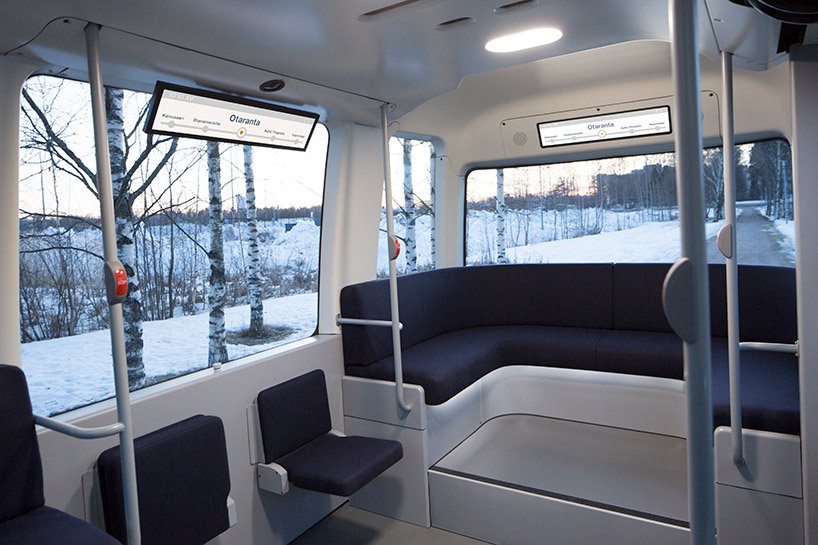 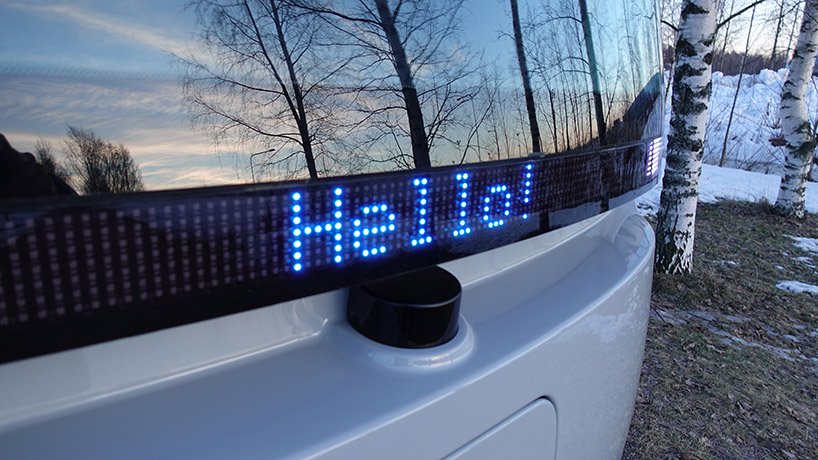