Have fond memories of playing Capcom’s Street Fighter II: Champion Edition arcade machine back in the 90s? Well, you can relive some of that glory by picking up My Arade’s latest Micro Player. It’s essentially a a 1/10th scale replica of the original 1992 arcade cabinet, complete with its signature six-button layout, fight stick and mechanical switches. Measuring 7.25” tall, with a 3.5” backlit display, players can either battle against AI-controlled fighters or compete head-to-head using My Arcade’s CO-VS technology. Read more for a hands-on video review and additional information.

At $49.99, you can’t expect perfection, but it does feature artwork inspired by the original Street Fighter II: Champion Edition arcade cabinet, a back-lit marquee, coin trap, front facing speakers, a volume control with 3.5mm headphone jack, and a Micro-USB for power, which can also be run off 4 AA batteries. Available now both online and at select local retailers (Target). 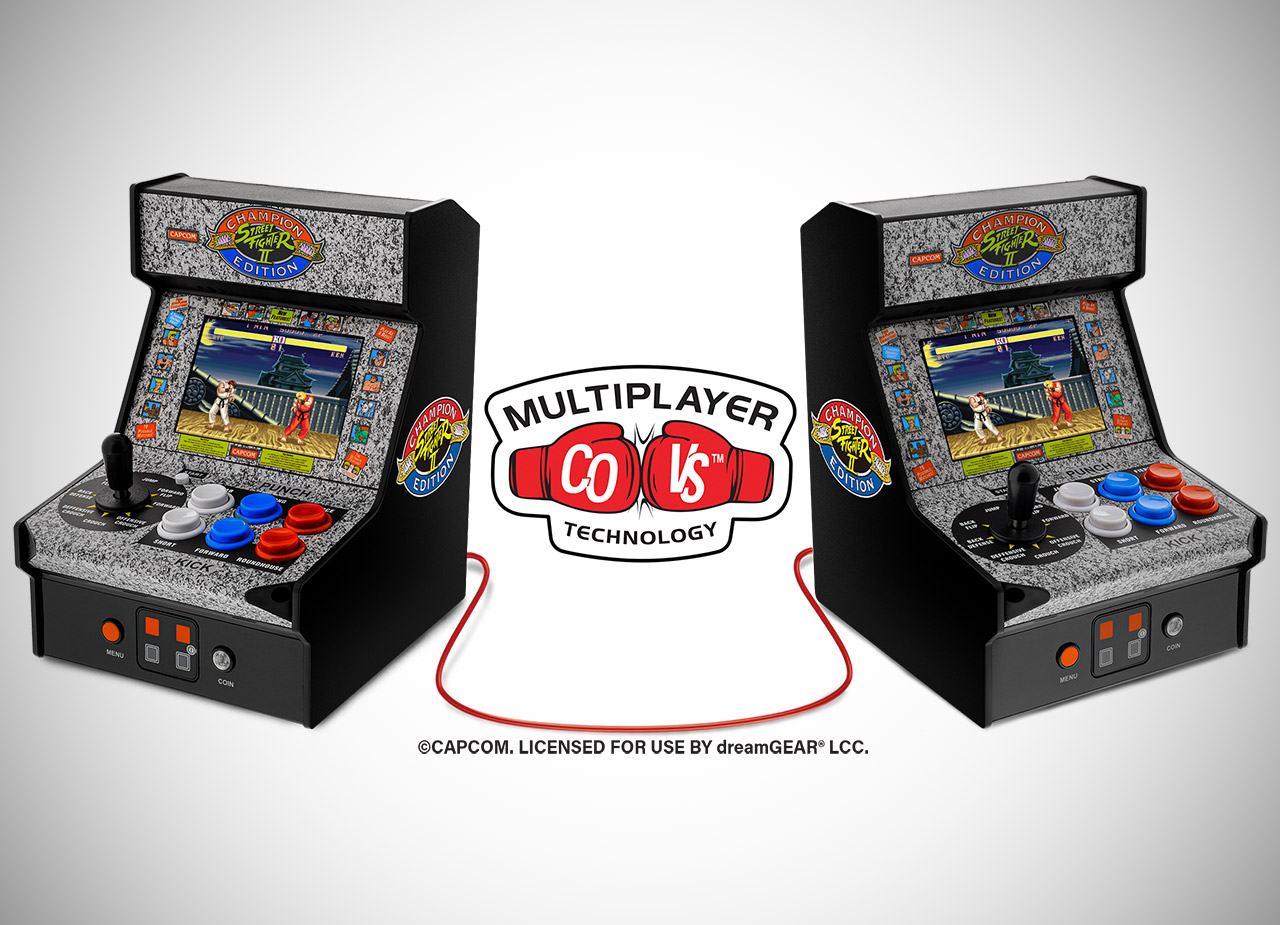 Street Fighter II is a legendary game and one that is special to fans worldwide. It catapulted the fighting game genre into one of the most popular forms of entertainment around the world and introduced new features that have become a staple in modern fighting games. Our Micro Player captures the nostalgia of this gaming icon in a small but fully playable collectable. Ideal for any home and small enough to take with you everywhere. We’ve added features to let you go head to head with friends, and there’s even some cool hidden features that we hope fans will enjoy,” said Amir Navid, SVP Product Development and Creative Director, at My Arcade.