Remember that mysterious Bugatti Veyron limousine that surfaced weeks ago? Well, it was being transported to the set of Pitbull’s latest music video: “Greenlight”. Built by the tuners at “USA Replica”, this knockoff may not be powered by a W16 engine, but it will definitely make you look twice should it roll up at a traffic light. Continue reading for more spy shots of the Veyron limousine. Click here for bonus images of a real Mansory Bugatti Veyron. 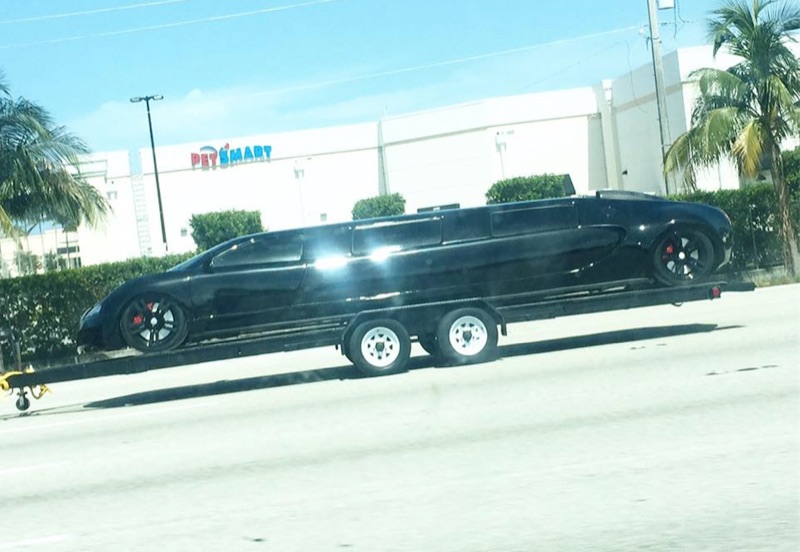 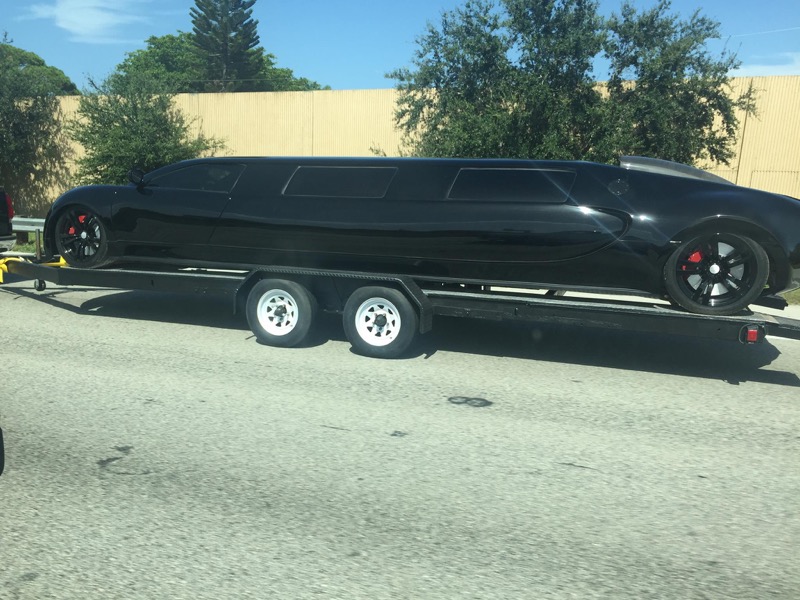 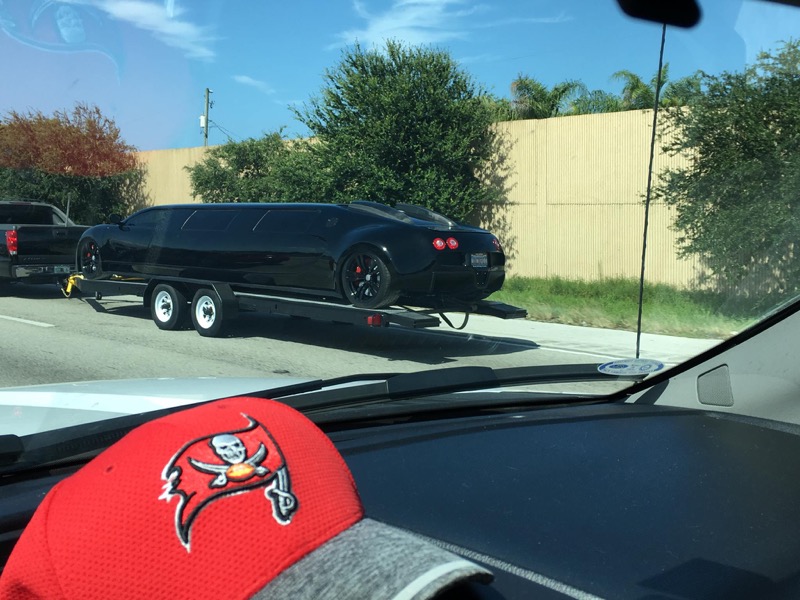 “Rest assured that no W16 monster of an engine is powering that thing, but even if it did have a potent engine, it would kind of defeat the purpose, as a stretched limo isn’t supposed to get you from A to B with a lot of urgency, right? Other notable cars shown off in the video mostly hail from the likes of Ferrari, Lamborghini and Porsche, but we also get a quick BMW i8 cameo,” reports Car Scoops.