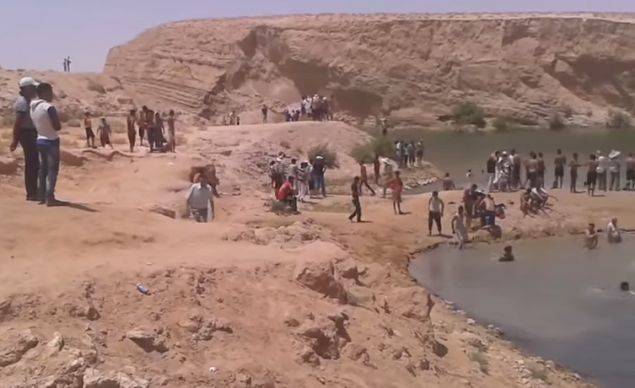 A mysterious lake that appeared suddenly in the Tunisian desert has baffled researchers in the drought-ridden country. So far, there’s been no official explanation for the sudden appearance of “Gafsa Beach”, which was discovered by shepherds a few weeks ago. The water started off as a crystalline blue and has since turned a murky green with algae, but Tunisians have not been able to resist cooling off in the 40 degrees celsius heat. “Some say that it is a miracle, while others are calling it a curse,” journalist Lakhdar Souid told France 24. Click here to view the first image in this week’s WINS gallery. Continue reading for a viral video of a custom scooter that’s more than meets the ear.

5 More Mind-Blowing Castles from Around the World

Guy Goes to China to Purchase an iPhone 6, Comes Back with This