It’s that time again, time for some more mind-blowing castles from around the world, starting with Bojnice Castle in Slovakia. As you can probably tell from the media above, it’s Romantic castle with some original Gothic and Renaissance elements built in the 12th century. Bojnice Castle is one of the most visited castles in Slovakia, receiving hundreds of thousands of visitors every year and also being a popular filming stage for fantasy and fairy-tale movies. Continue reading for more. 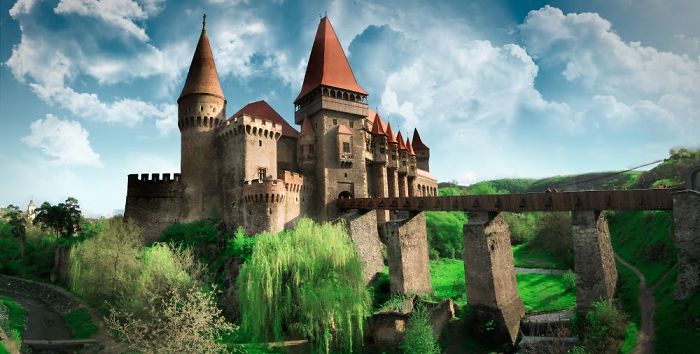 Corvin Castle was laid out in 1446, when construction began at the orders of John Hunyadi who wanted to transform the former keep built by Charles I of Hungary. The castle was originally given to John Hunyadi’s father, Voyk (Vajk), by Sigismund, king of Hungary, as severance in 1409. It was built mainly in Gothic style, but has Renaissance architectural elements. It features tall and strong defense towers, an interior yard and a drawbridge. Built over the site of an older fortification and on a rock above the small Zlasti River, the castle is a large and imposing building with tall and diversely colored roofs, towers and myriad windows and balconies adorned with stone carvings. 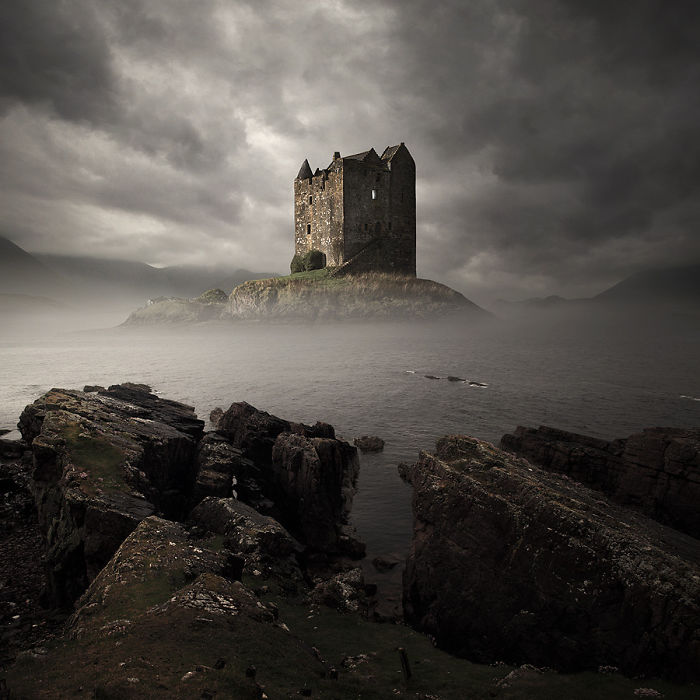 Castle Stalker is set on a tidal islet on Loch Laich, an inlet off Loch Linnhe. It is about 1.5 miles (2.4 km) north-east of Port Appin, Argyll, Scotland, and is visible from the A828 road about mid-way between Oban and Glen Coe. The name “Stalker” comes from the Gaelic Stalcaire, meaning “hunter” or “falconer”, and should therefore be pronounced stal-ker, with the l sounded, not as in the pronunciation of the English word “stocker” and some L-dropping accents’ pronunciation of “stalker”. In recent times, the castle was brought to fame by the Monty Python team, appearing in their film Monty Python and the Holy Grail. 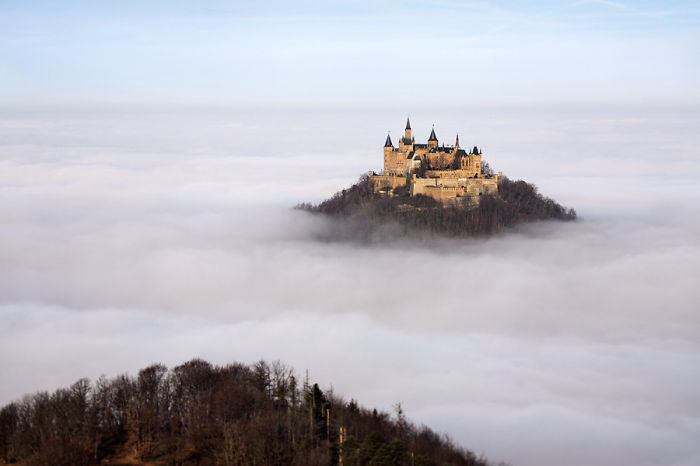 Hohenzollern Castle is a castle approximately 50 kilometers (31 mi) south of Stuttgart, Germany. It is considered the ancestral seat of the Hohenzollern family, which emerged in the Middle Ages and eventually became German Emperors. Among the historical artifacts of Prussian history contained in the castle are the Crown of Wilhelm II, some of the personal effects of King Frederick the Great and a letter from US President George Washington thanking Baron von Steuben for his service in the American Revolutionary War. The castle is today a popular tourist destination. 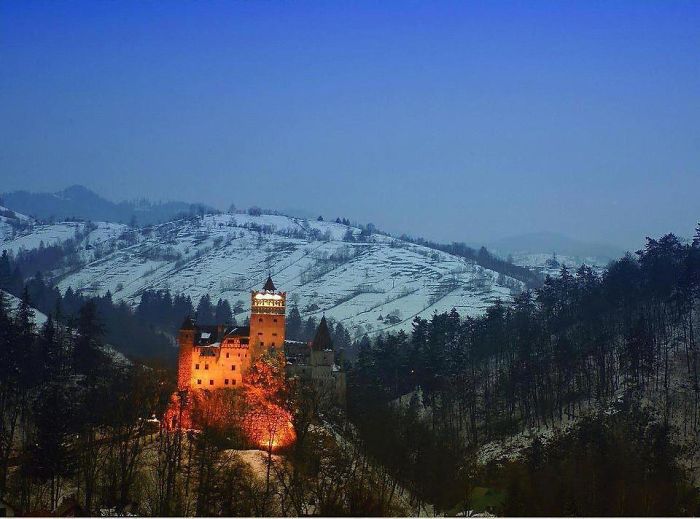 Bran Castle, situated near Bran and in the immediate vicinity of Braşov, is a national monument and landmark in Romania. The fortress is situated on the border between Transylvania and Wallachia, on DN73. Commonly known as “Dracula’s Castle”, it is marketed as the home of the titular character in Bram Stoker’s Dracula. The castle is now a museum open to tourists, displaying art and furniture collected by Queen Marie. Tourists can see the interior individually or by a guided tour. At the bottom of the hill is a small open air museum park exhibiting traditional Romanian peasant structures (cottages, barns, etc.) from across the country. 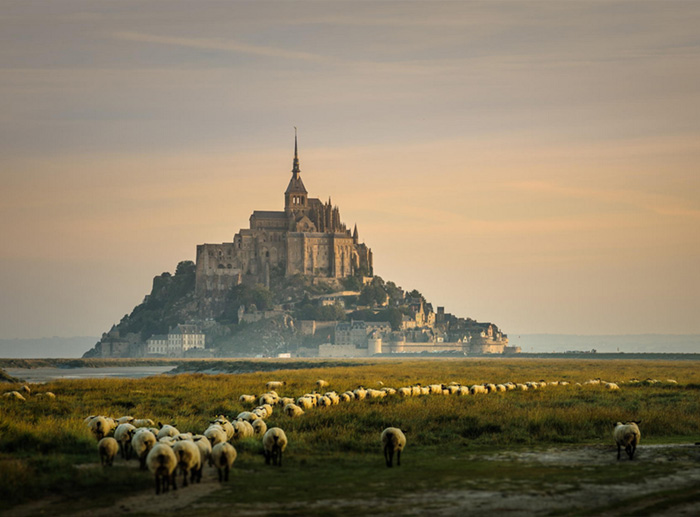 Mont Saint-Michel is an island commune in Normandy, France. It is located approximately one kilometre (0.6 miles) off the country’s northwestern coast, at the mouth of the Couesnon River near Avranches. 100 hectares (247 acres) in size, the island has a population of 44 (2009).The island has held strategic fortifications since ancient times, and since the eighth century CE has been the seat of the monastery from which it draws its name. The structural composition of the town exemplifies the feudal society that constructed it: On top, God, the abbey and monastery; below this, the great halls; then stores and housing; and at the bottom, outside the walls, fishermen’s and farmers’ housing.