The 154-foot-long booster was positioned horizontally in a test stand for the hotfire test Wednesday, and generated approximately 3.6 million pounds of thrust at maximum power. This Space Launch System booster is the most powerful solid rocket booster yet, and NASA contracted Northrop Grumman to purchase long lead items for six sets of SLS SRB’s beyond Artemis 3 through 2030 for up to nine SLS missions to be flown. 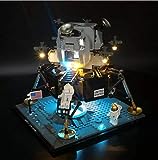 The SLS rocket, Orion spacecraft, Gateway, and human landing system are part of NASA’s backbone for deep space exploration. The Artemis program is the next step in human space exploration and is part of America’s broader Moon to Mars exploration approach, in which astronauts will explore the Moon. Experience gained there will enable humanity’s next giant leap: sending humans to Mars,” said NASA.

VIA Portable Printer, Scanner and Copier Works on Almost Any Flat Surface