NASA’s Curiosity Mars rover has finally arrived at the salty mineral region of Mount Sharp left over from 1+ billion year-old streams and ponds as the water dried up. These minerals should provide fascinating clues as to how the Red Planet’s climate changed from being more Earth-like to the barren landscape it is today. 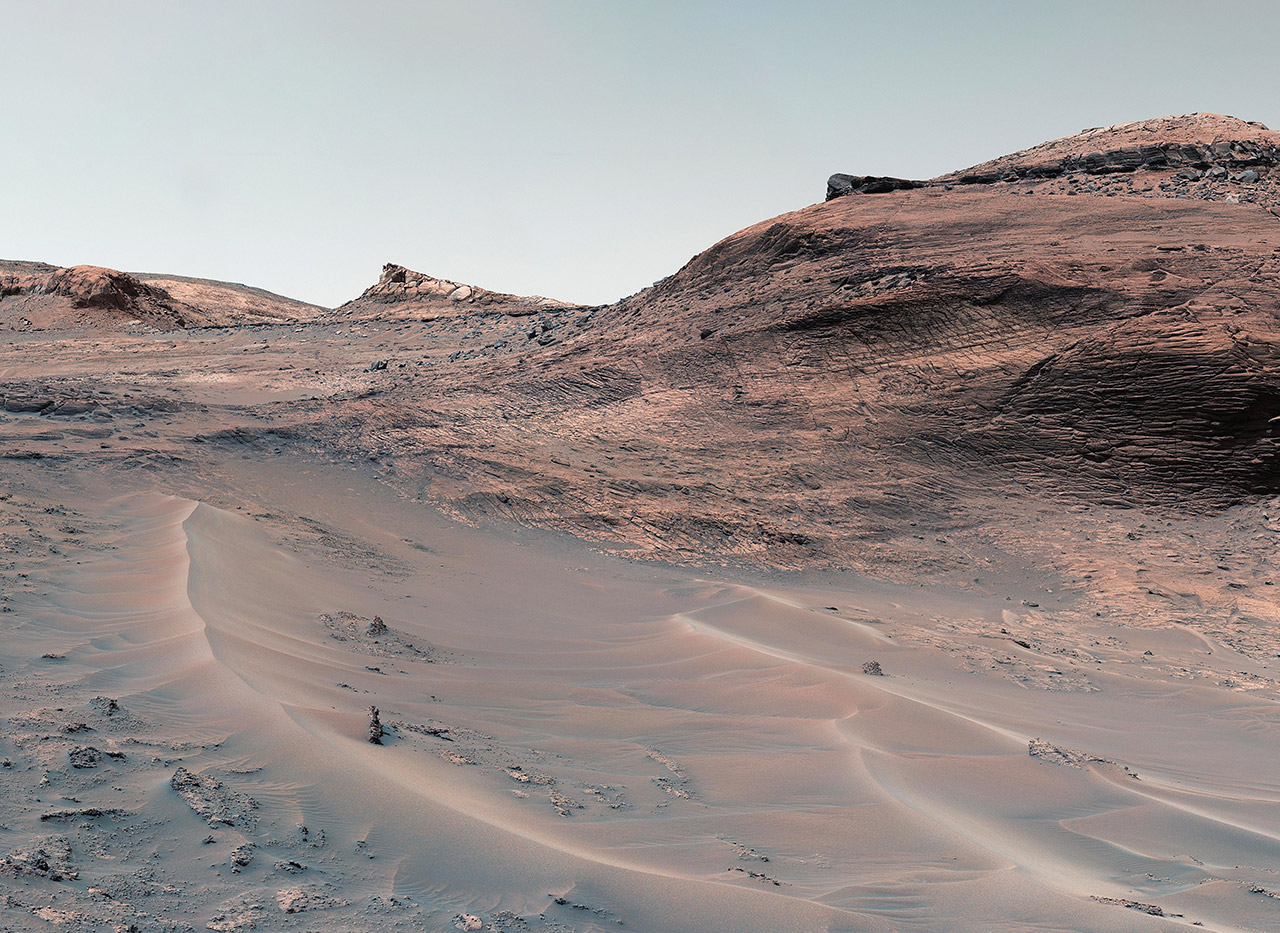 Getting there wasn’t the easiest of tasks, as Curiosity had to navigate treacherous terrain, including through the sandy “Paraitepuy Pass,” which snakes between high hills. It took the rover over a month to safely make its way there, avoiding sharp rocks that can easily damage Curiosity’s wheels. However, the sand can be just as hazardous, potentially causing it to get stuck if the wheels lose traction. 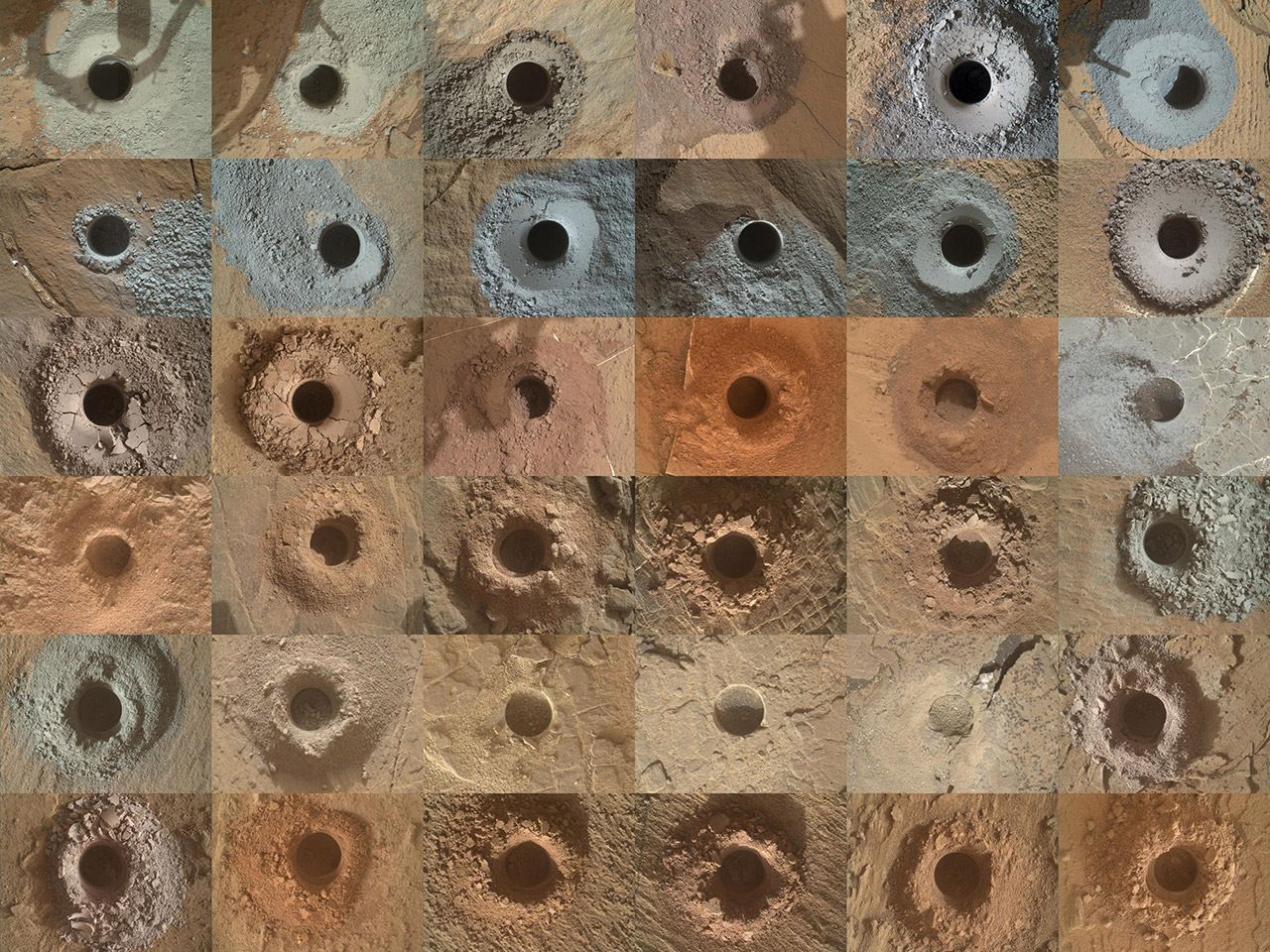 NASA’s Curiosity Mars rover has collected 36 powderized rock samples with the drill on the end of its robotic arm. This grid shows all 36 holes to date. The images in the grid were captured by the Mars Hand Lens Imager (MAHLI) on the end of Curiosity’s arm,” according to the Jet Propulsion Laboratory.