NASA’s Mars Curiosity rover recently captured a strange door-like rock formation at the bottom of a hill, but it’s not what you think. The rover used its Mastcam to capture this image on May 7 and there is still no definite confirmation on to what it could be, but some geologists claim natural erosion caused the optical illusion of sorts.

Where was this photo taken? Well, Curiosity should be near Mount Sharp, close to the Gale Crater, or where it landed back in 2012. The 18,000-foot (5,486 m) Mount Sharp is currently being surveyed by Curiosity as it prepares to scale the range. This image is just one of many that the rover has capturing during its preparation process to better understand the surface. Maybe the Perseverance rover, with its updated cameras, could swing by sooner than later to provide us with even clearer views of the anomaly. 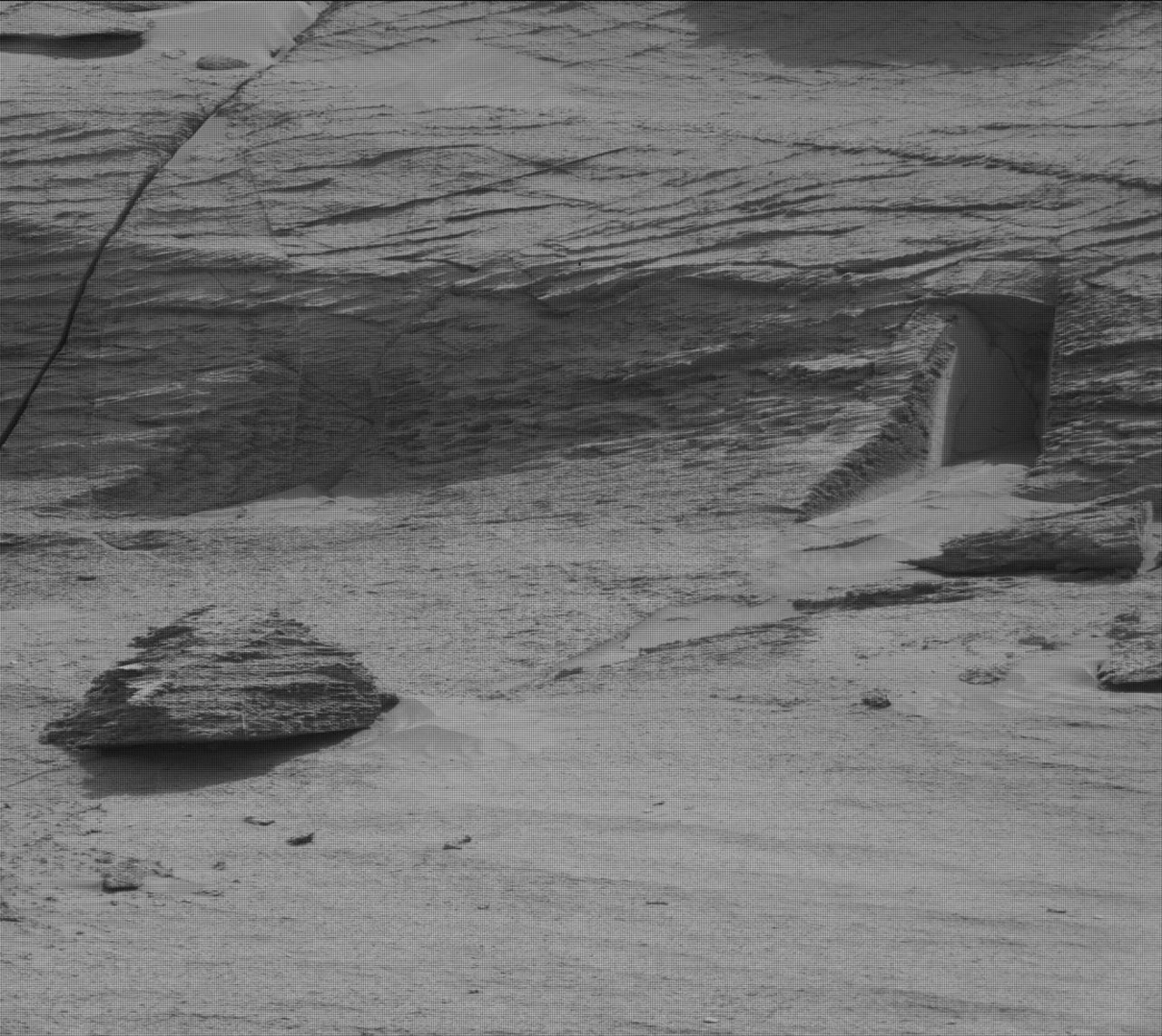 It was obvious from Curiosity’s photos that this would not be good for our wheels. It would be slow going, and we wouldn’t have been able to implement rover-driving best practices,” said Megan Lin, Curiosity Project Manager of NASA’s Jet Propulsion Laboratory in Southern California.