The James Webb Space Telescope arrived at Port de Pariacabo in French Guiana on October 12 and has since been transported to Europe’s Spaceport. It was then carefully unboxed by specialists in the cleanroom ahead of final preparations for its launch on an Ariane 5 rocket in December. Despite weighing in at 6-tons, the telescope stands approximately 34 ft (10.5 m) tall and almost 14.8 ft (4.5 m) wide when folded. Read more for a video of the unboxing and a bonus.

Once it arrived in the harbor, the container holding the telescope was then towed by a heavy-load tractor unit to the spacecraft processing facility at Europe’s Spaceport. It was there when its special shipping container was opened, and the telescope safely unboxed inside the facility’s cleanroom and installed on a rollover fixture to raise it to a vertical position. This is also how it will be positioned inside the Ariane 5 fairing. 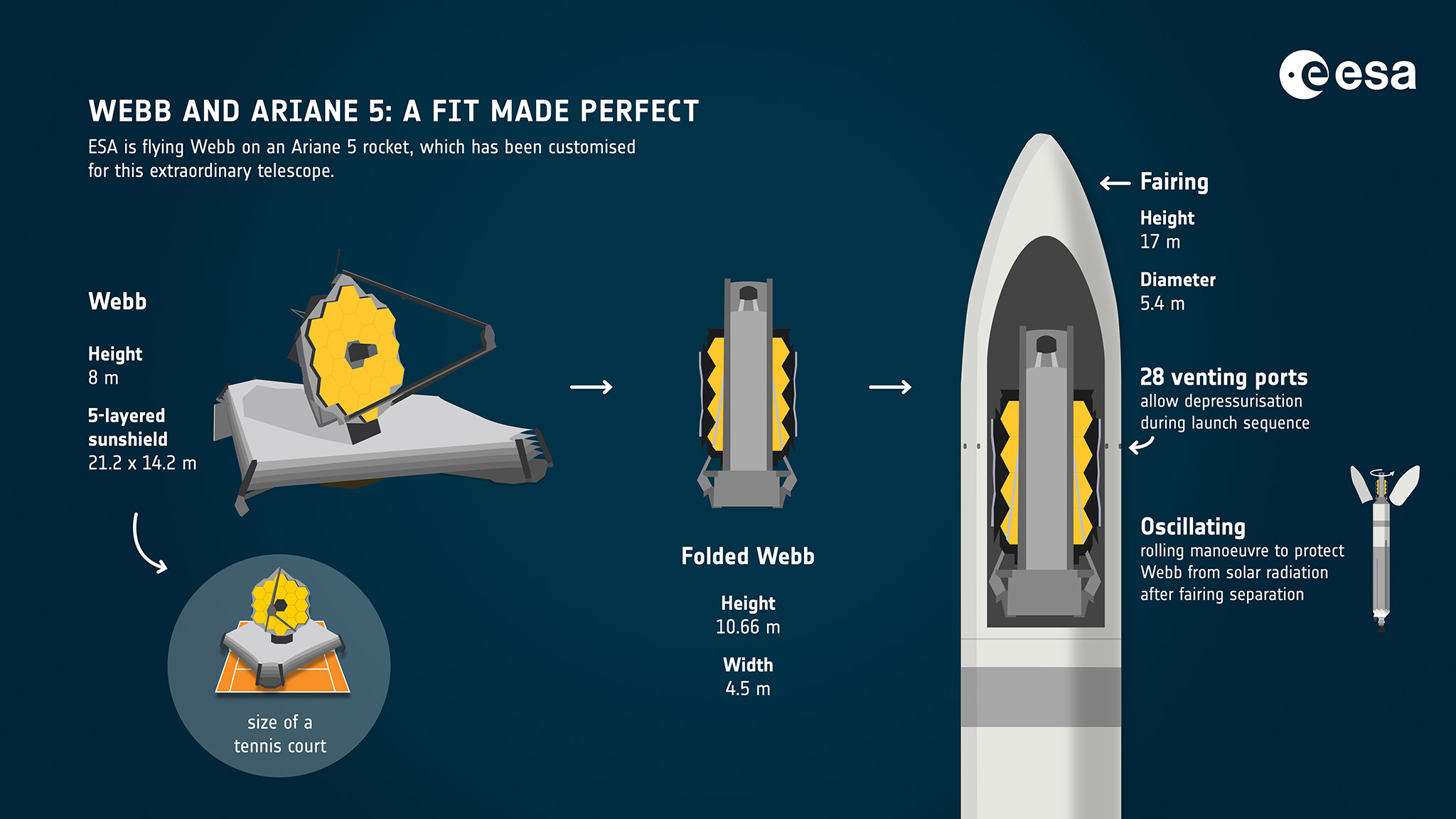 Webb’s launch campaign involves more than 100 specialists. Teams will work separately to prepare the telescope and the launch vehicle until they become one combined team to join the telescope with its rocket for a momentous liftoff,” said the European Space Agency (ESA).