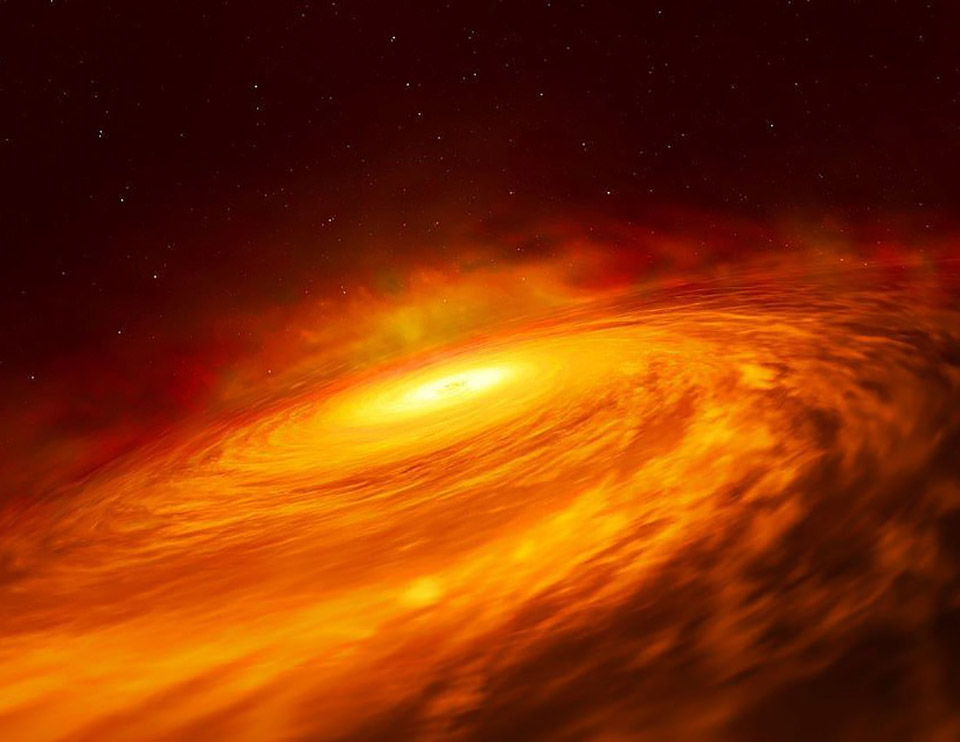 NASA’s Hubble space telescope discovered a supermassive black hole that shouldn’t exist, since it defies existing theories about the universe. The black hole, which is approximately 250 million times heavier than the sun, lies at the heart of the spiral galaxy NGC 3147 and is about 140 million light-years from Earth. What’s really strange is they found a thin “accretion disk” around the black hole that contains debris and gas rapidly pacing around the edge. Read more for a video and additional information.

According to the research journal, the black hole was unusual in that its gravitational pull was not capturing the disk of material, which was moving at 10 percent the speed of light. It’s “the same type of disk we see in objects that are 1,000 or even 100,000 times more luminous. The predictions of current models for gas dynamics in very faint active galaxies clearly failed,” said Stefano Bianchi, lead author of the study.