Photo credit: ESA/Hubble & NASA, T. Treu | Acknowledgment: J. Schmidt
If you look closely at the center of this image, you’ll see six luminous spots of light, four of them forming a circle around a central pair. What you might not realize is that these are not six individual galaxies, but rather just three: two galaxies and one distant quasar. According to data gathered by Hubble, there is also a seventh spot of light in the exact middle, which is a rare fifth image of the distant quasar. The rare Einstein Ring phenomenon is caused by the presence of two galaxies in the foreground that act as a lens. Read more to see the larger image and for a video on Einstein Rings. 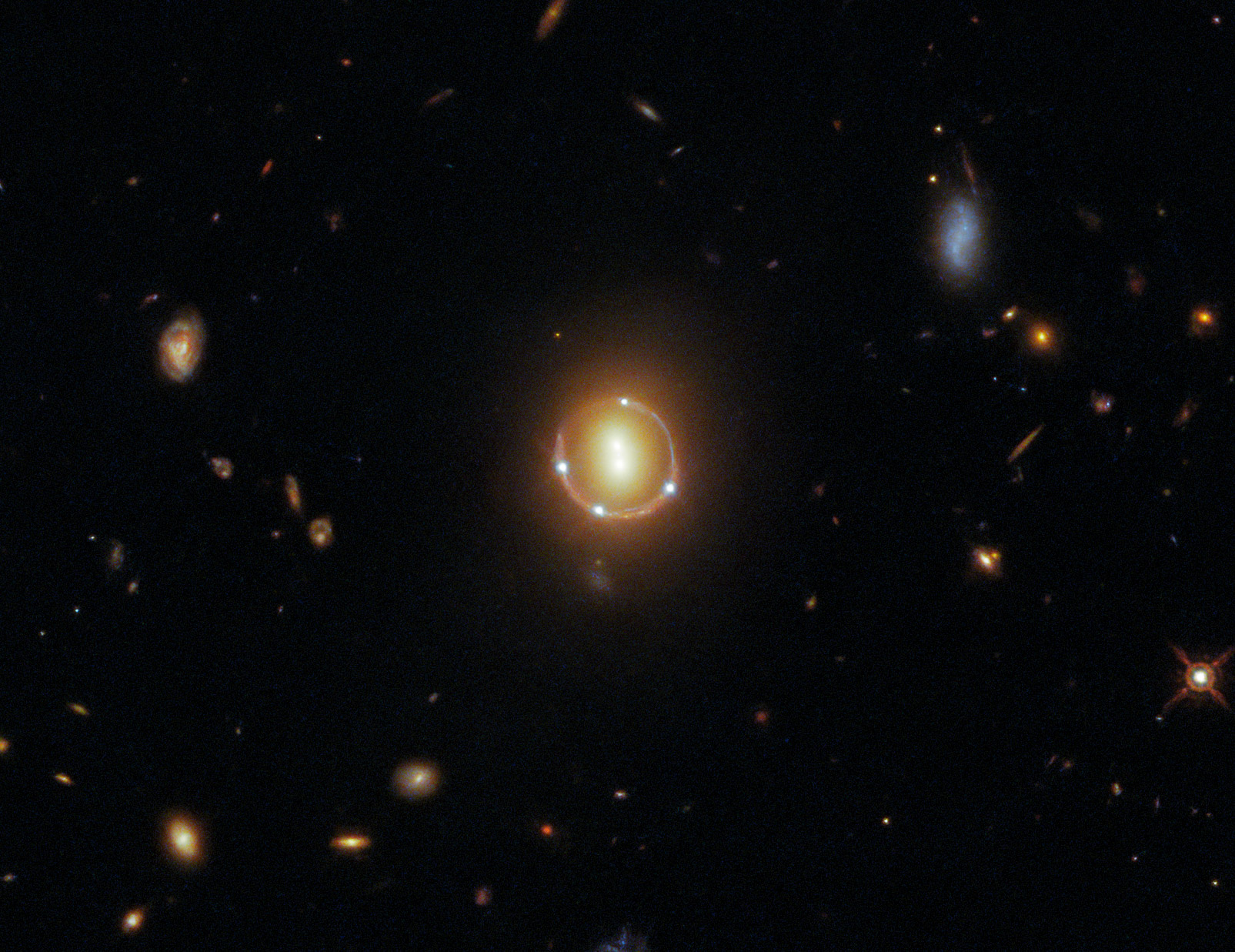 The galaxies you see in this image were captured by Hubble’s Wide Field Camera 3 (WFC3), which was installed on the spacecraft in 2009 during Servicing Mission 4, its final servicing mission. This camera was intended to operate until 2014, but 12 years after it was installed, the WFC3 continues to provide both quality data and breathtaking images.

The central pair of galaxies in this image are genuinely two separate galaxies. The four bright points circling them, and the fainter one in the very center, are actually five separate images of a single quasar (known as 2M1310-1714), an extremely luminous but distant object. The reason behind this “seeing quintuple” effect is a phenomenon known as gravitational lensing,” said the ESA.