NASA’s James Webb Space Telescope is almost ready for full operation, and the investigations planned for the first phase are two hot exoplanets classified as “super-Earths” for their size and rocky composition: 55 Cancri e and the atmosphere-less LHS 3844 b. The telescope’s high-precision spectrographs will be trained by researchers on these planets in hopes of better understanding the evolution of rocky planets like the one we live on.

The fiery 55 Cancri e orbits less than 1.5 million miles from its Sun-like star and completes the circuit in under 18-hours. Its surface temperatures measure far above the melting point of typical rock-forming minerals, while the day side is filled with lava oceans. This may be due to its dynamic atmosphere that moves heat around the planet. On the other end of the spectrum, we have LHS 3844 b, which also orbits very close to its star and completes one revolution in 11-hours. Since its star is small and cool, the planet is not nearly hot enough for the surface to be molten. Here on Earth, we have people crushing lava in a hydraulic press. 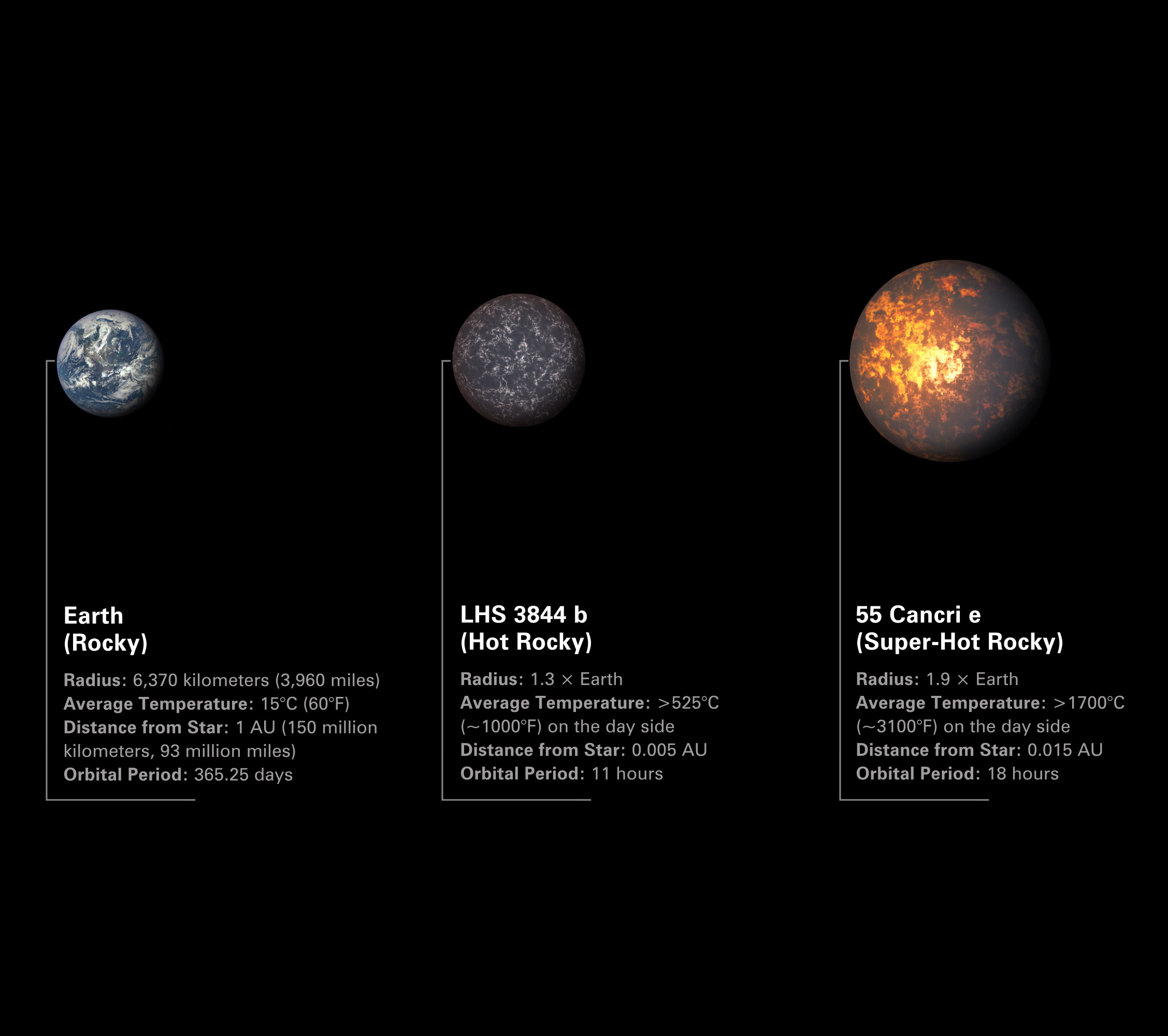 That could explain why the hottest part of the planet is shifted. Just like on Earth, it would take time for the surface to heat up. The hottest time of the day would be in the afternoon, not right at noon,” said Alexis Brandeker, a researcher from Stockholm University who leads another team studying the planet.