Blaze Entertainment’s Evercade EXP handheld game console has been officially unveiled, and it builds upon its predecessor while adding several new features. Available this winter, priced from $149.99 USD, it features a 4.3-inch IPS (800 x 480) tempered glass display, USB-C charging, integrated Wi-Fi, TV-out via mini-HDMI, a special ‘TATE’ mode for vertical games, L2 / R2 trigger buttons, and a 3000mAh battery good for up to 5-hours of playtime.

It’s powered by a 1.5Ghz processor, paired ith 4GB of memory, perfect for running the included IREM Arcade 1 cartridge-based collection which includes R-Type, In The Hunt, Moon Patrol, 10 Yard Fight, Battle Chopper / Mr Heli and Lightning Swords. Available this winter, priced from $149.99 USD, while a $227 limited edition bundle is also being offered and includes a hard carry case as well as an additional Toaplan Arcade 1 cartridge. Or, you could build your own nuclear-powered handheld game console. 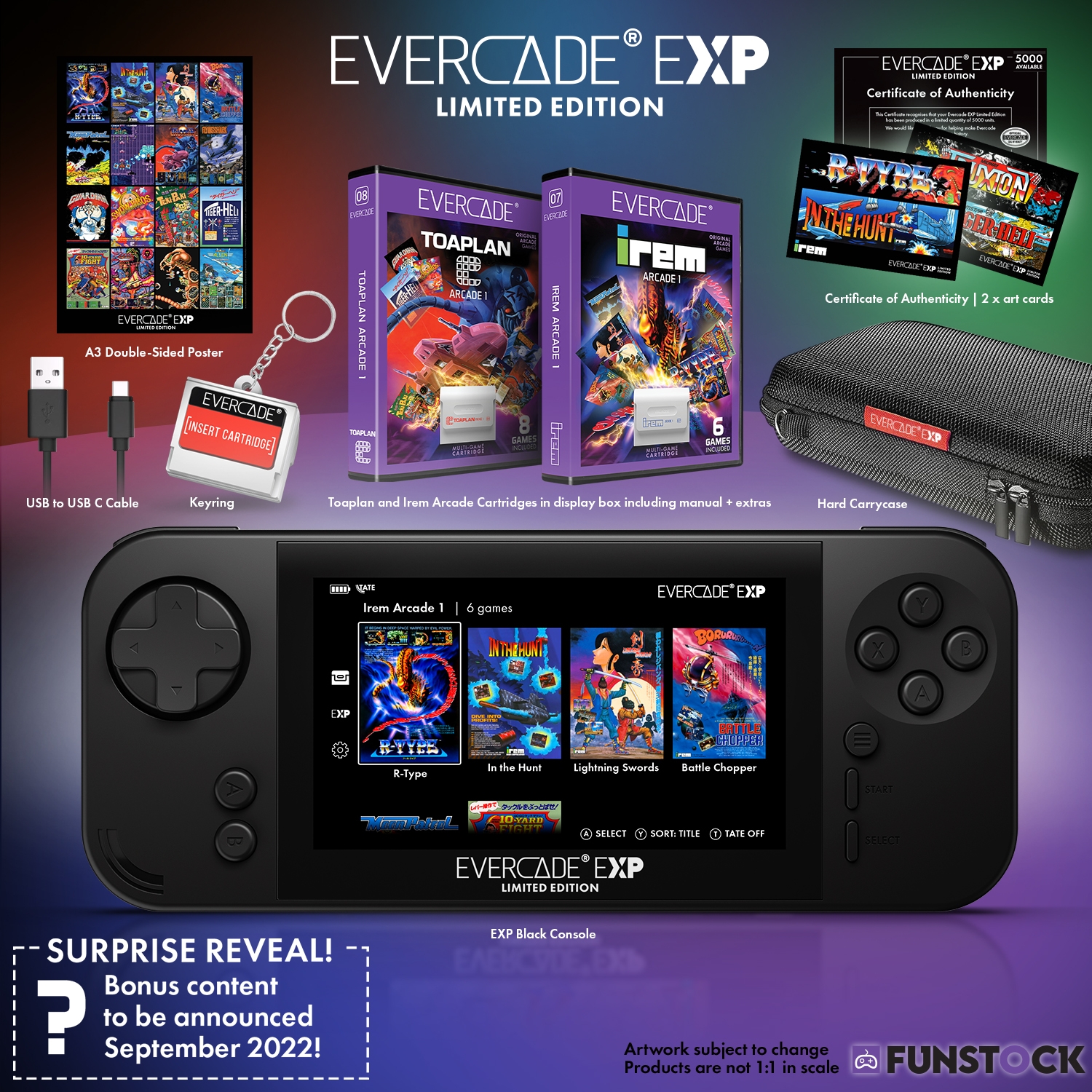 It has been a huge two years for Blaze. Two years into our journey with Evercade we have published 28 cartridges of iconic retro titles and launched a handheld and home console. Now we are excited to show people the Evercade EXP which is the result of all the feedback we received on our original, successful Handheld. With this new product we are giving existing Evercade fans a better way to play on the move and new customers a more premium experience. Alongside this we bring two more Arcade Titans in Toaplan and IREM to the system,” said Andrew Byatt, Managing Director of Blaze Entertainment.