The NASA Europa Clipper spacecraft will explore Jupiter’s moon Europa, as there is strong evidence that under a thick crust of ice, the moon hides a global ocean that could potentially be habitable. NASA’s Galileo orbiter had scientists believing they salty liquid reservoirs may aksi reside inside the moon’s icy shell, some of them beneath shallow lakes in its icy surface.

Scientists ran computer modeling simulations that showed if there are eruptions on Europa, they are most likely from shallow, wide lakes embedded in the ice and not from the global ocean far below. These reservoirs would be located relatively close to the surface, in the upper 2.5-5 miles (4-8 kilometers) of the crust, where the ice is coldest and most brittle. 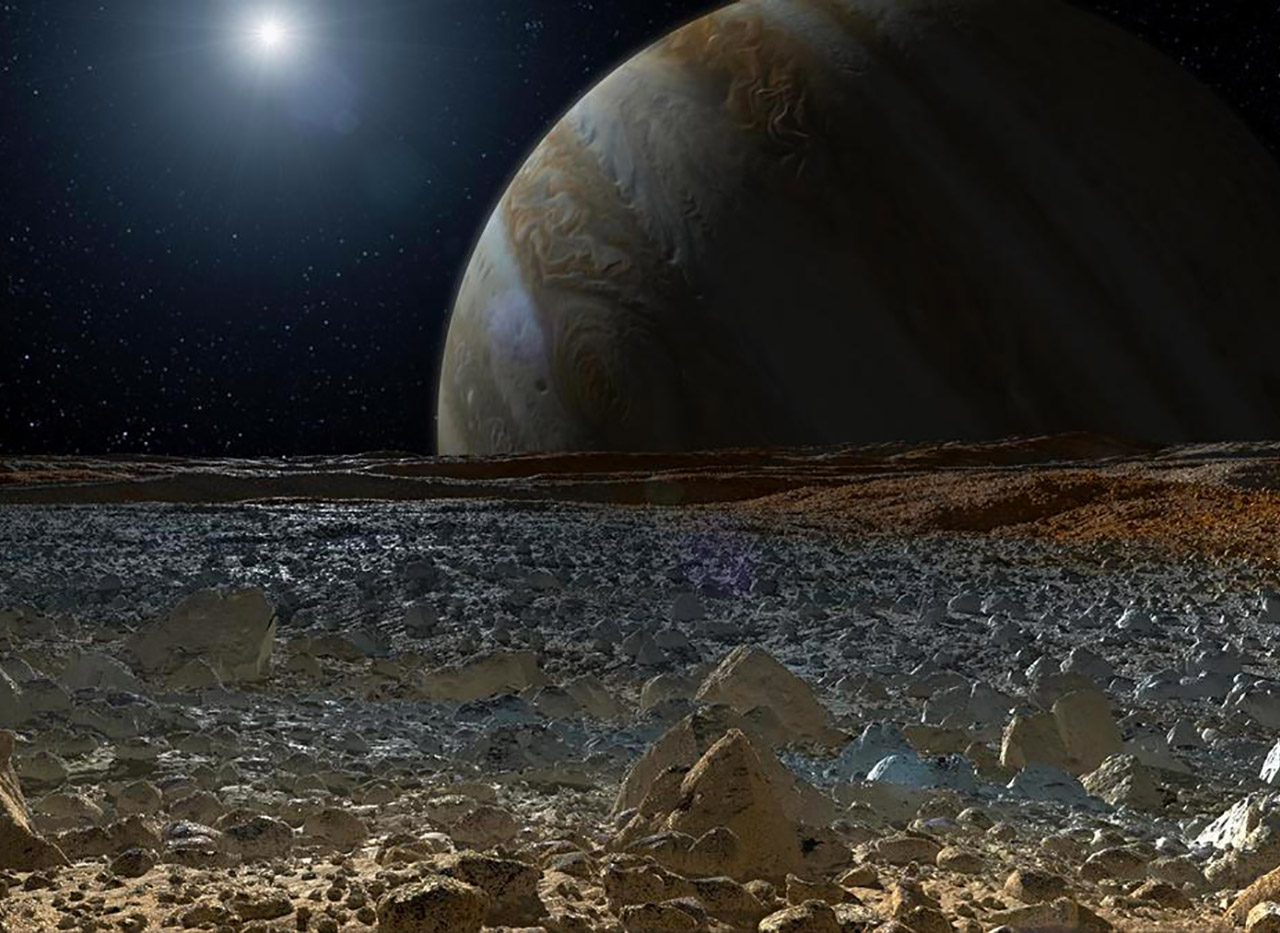 We demonstrated that plumes or cryolava flows could mean there are shallow liquid reservoirs below, which Europa Clipper would be able to detect. Our results give new insights into how deep the water might be that’s driving surface activity, including plumes. And the water should be shallow enough that it can be detected by multiple Europa Clipper instruments,” said Elodie Lesage, Europa scientist at NASA’s Jet Propulsion Laboratory.