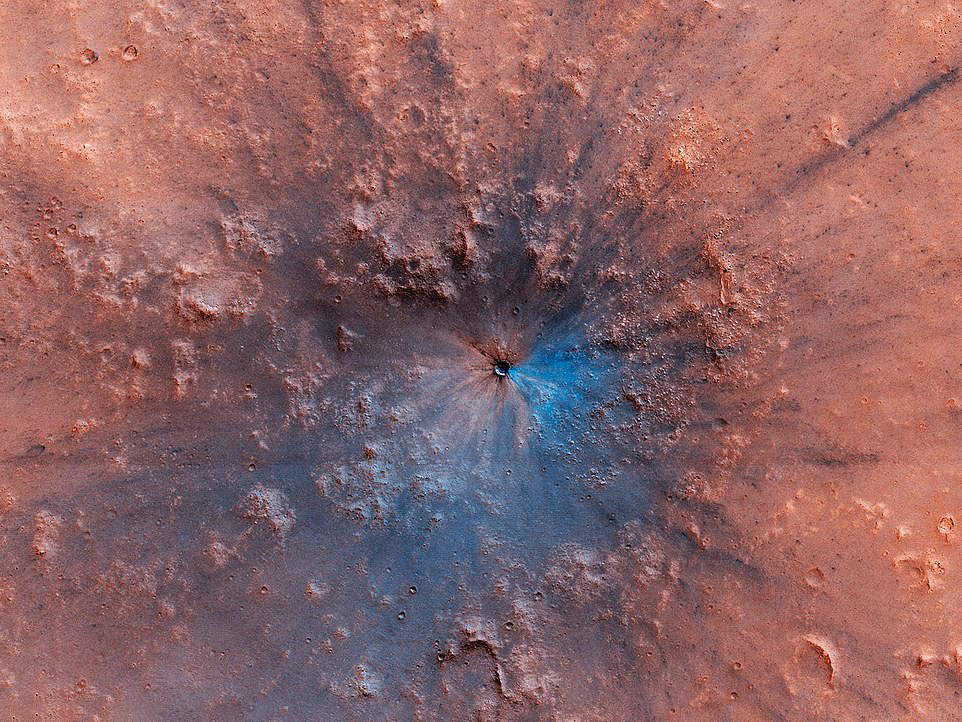 Scientists at the University of Arizona believe that this crater, captured by the HiRISE sensor on NASA’s Mars Reconnaissance Orbiter, appeared between September 2016 and February 2019. This spacecraft has orbited Mars for 11 years and observes the planet’s minerals as well as ice with sensors. “An impressionist painting? No, it’s a new impact crater that has appeared on the surface of Mars. What makes this stand out is the darker material exposed beneath the reddish dust,” said the researchers. Read more for two videos and additional information.

“Veronica Bray of the University of Arizona said that the crater was on the large side for such features on Mars – and that such impacts are fairly rare events on Mars. The rock is thought to have been 5ft wide – of a size which would burn up in Earth’s atmosphere,” reports Yahoo News.