Photo credit: Joel Kowsky
The International Space Station (ISS) moves at five miles per second and circles our planet every 90 minutes. In a 24-hour period, crew members experience sixteen sunrises and sunsets. Despite the frequency that the station passes directly between Earth and the Sun, capturing an image of the ISS transiting is quite rare to say the least. NASA photographer Joel Kowsky captured such an occurrence from Fredericksburg, Virginia on June 24, 2020. Read more for two videos and additional information.

The image that you see above is a composite, made from six frames, and shows the ISS in silhouette as it moved from right to left across the solar disk while orbiting 250 miles above Earth. This transit lasted approximately 0.54 seconds at approximately 1:15 p.m. U.S. Eastern Daylight Time and was captured while Kowsky’s camera was shooting at 10 frames per second. 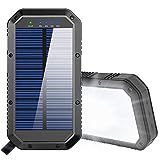 With a very limited path of visibility along the ground, having clear weather at the identified location is one of the most limiting factors in being able to capture a transit,” said Kowsky.

Don’t Pay $90, Get a NEO GEO Mini International Arcade Machine for $52.90 Shipped – This Weekend Only