NASA’s JunoCam observed strange polygon-shaped cyclones at the poles of Jupiter, and they remain in these unusual geometric patterns for years without changing shape. This phenomenon has puzzled researchers since 2017, when Juno discovered a central cyclone in the northernmost region, along with eight others that swirl around it at lower circumpolar latitudes in an octagon-shaped pattern. 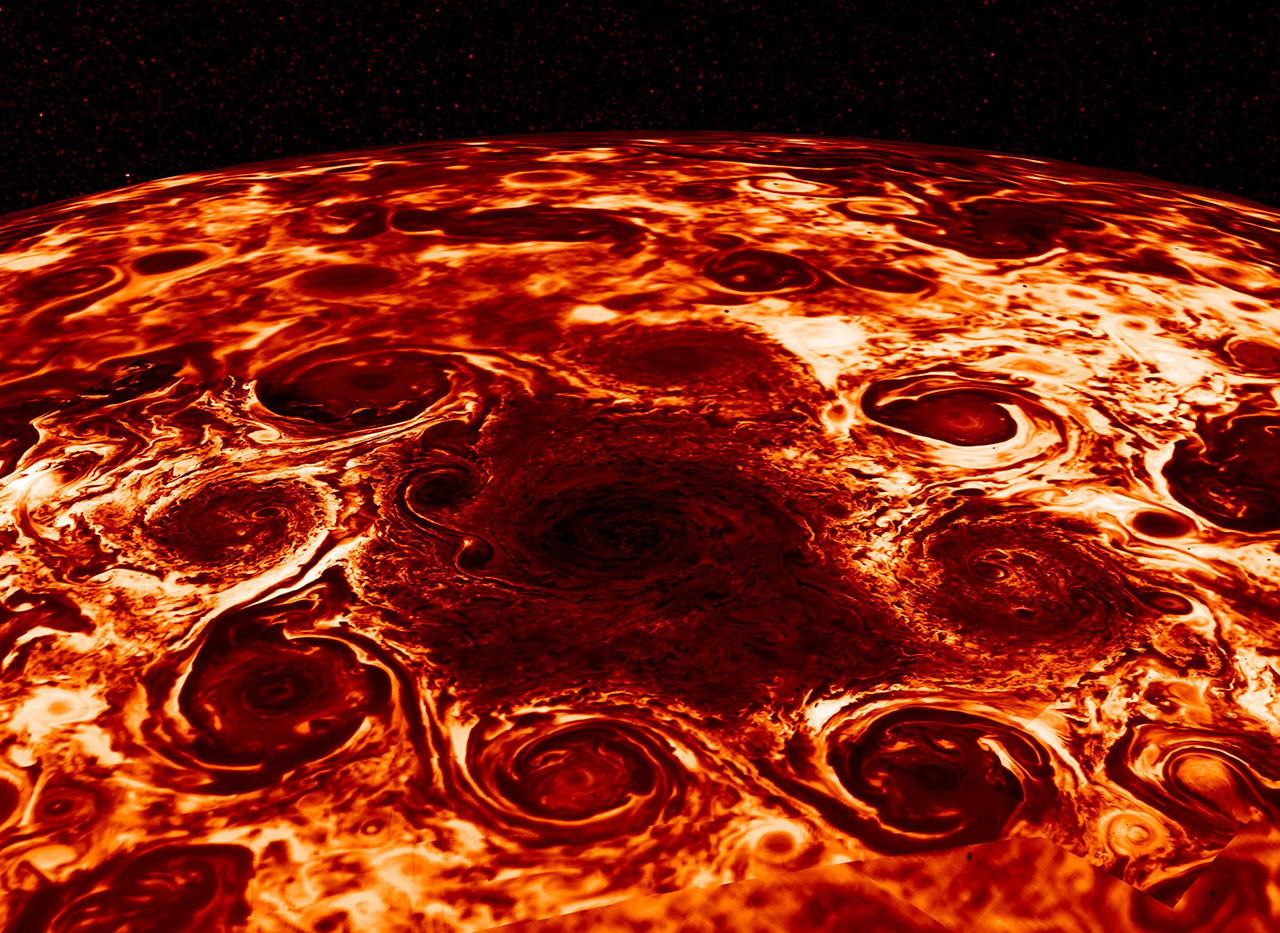 A new group of scientists, led by professor Andrew Ingersoll, suggest that they could be caused by “anticyclonic ring” of winds that blow in the opposite direction of the cyclones. These rings are necessary for the stability of the polygonal pattern, but this still leaves many unanswered questions about the phenomenon. For extreme weather events here on Earth, we have the Capella Space Satellite, which is capable of capturing some unbelievable images and even peer into some buildings. 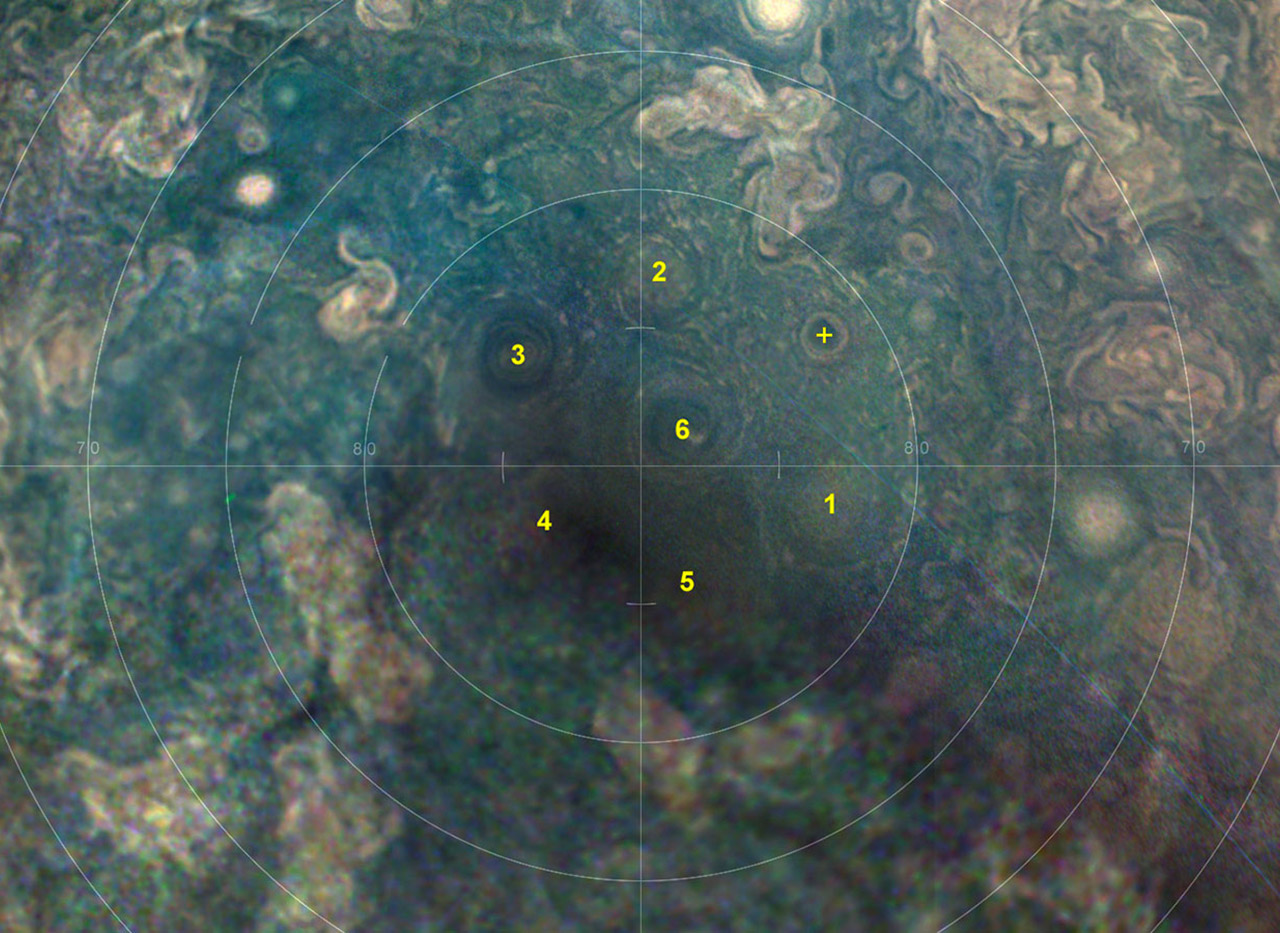 Since 2017 the Juno spacecraft has observed a cyclone at the north pole of Jupiter surrounded by eight smaller cyclones arranged in a polygonal pattern. It is not clear why this configuration is so stable or how it is maintained. The polygons and the individual vortices that comprise them have been stable for the four years since Juno discovered them. The polygonal patterns rotate slowly, or not at all. In contrast, Saturn has only one vortex, a cyclone, at each pole,” said the researchers.