So far, NASA’s Voyager 2 is the only spacecraft to have ever flown past Neptune, and the views it captured were as stunning as they are puzzling. They gave us a glimpse of gigantic, dark plumes of icy material spraying out from Triton’s surface. This left researchers baffled, as how could an ancient moon six times farther from the Sun than Jupiter still be active? This new mission aims to answer that question. Read more for a video and additional information.

Called Trident, similar to the three-pronged spear carried by the ancient Roman sea god Neptune, the team is one of four that is developing concept studies for new missions. There will be up to two proposals selected by summer 2021 to become a full-fledged mission that will launch later in the decade. 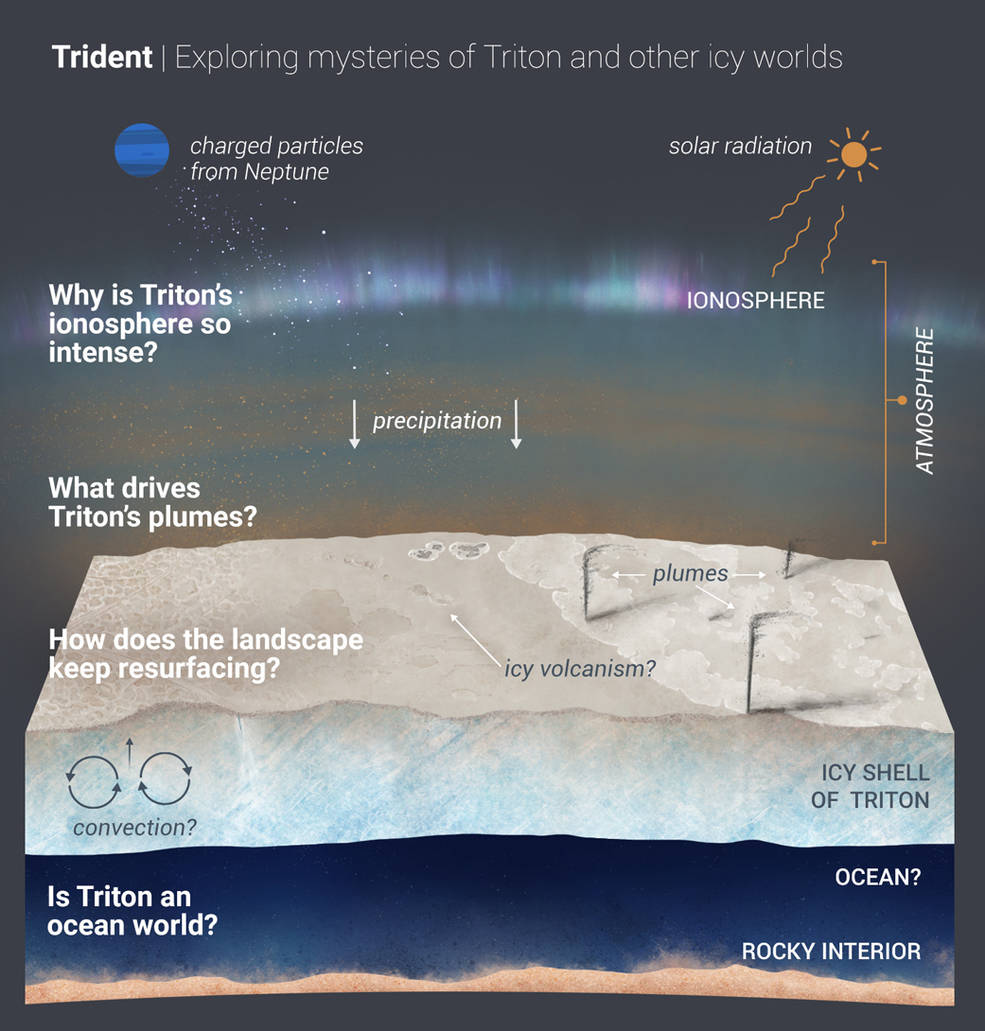 Triton has always been one of the most exciting and intriguing bodies in the solar system. I’ve always loved the Voyager 2 images and their tantalizing glimpses of this bizarre, crazy moon that no one understands,” said Louise Prockter, director of the Lunar and Planetary Institute/Universities Space Research Association in Houston.

What Thor: Ragnarok Could Have Been Like with Lightsabers