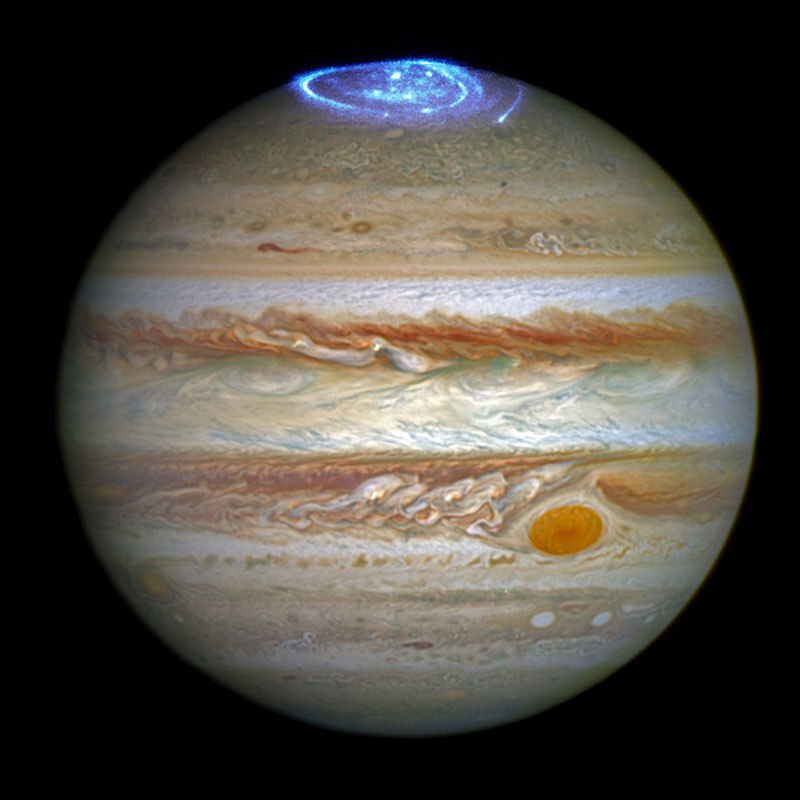 NASA’s Hubble Space Telescope has captured a massive aurora, caused by solar particles and volcanic debris in the space around the giant planet being accelerated towards the poles by its powerful magnetic field, that is larger than the entire Earth. The Juno probe is currently currently riding through the solar wind as it will enter Jupiter’s orbit on July 4. Continue reading for another video and more information.

“New images captured by the telescope reveal the flickers and flashes produced as high energy particles in the solar wind collide with gases over Jupiter’s poles. This produces vivid ultraviolet displays that cap the giant planet. Astronomers are combining the observations with data being collected by Nasa’s Juno spacecraft as it races towards Jupiter,” reports The Daily Mail.

Supersonic Submarine That Could Travel 3,000MPH Underwater Currently Under Development