Netflix Games launched on Android around a week ago, but now, the titles have arrived on iOS devices worldwide. Unlike the Google Play Store, when you click on any Netflix Games title on an iOS device, whether it be the iPhone or iPad, you’re directed to Apple’s App Store to download the title. Once downloaded, you’ll be required to authenticate with your Netflix credentials to begin playing. Read more for a short video covering the titles available.

For those with an Android device, you’ll know that the Netflix Games can be launched directly from their own tab in the main app, while the iOS version has a dedicated row showing the titles instead. If you have an iPad, the “Games” tab can be accessed from the Categories drop-down menu. The games include: “Stranger Things: 1984″, “Stranger Things 3: The Game”, “Teeter”, “Shooting Hoops” and “Card Blast.” 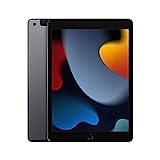