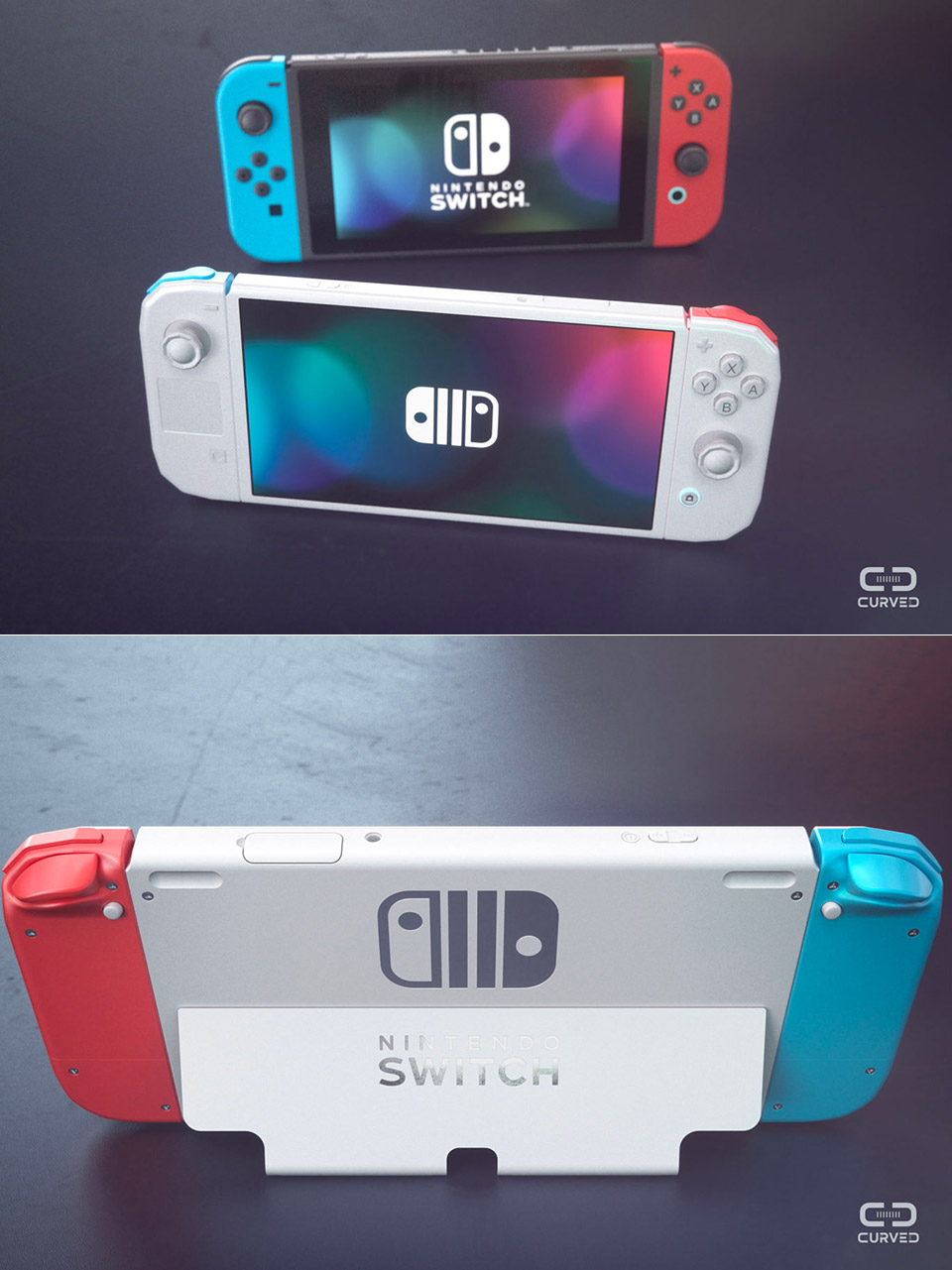 Photo credit: Curved Labs
It’s official, Nintendo is releasing an updated version of their Switch console this summer with an extended battery that offers up to nine hours of gameplay on a full charge. Unfortunately, it won’t look like the concept above, but one positive is that it won’t cost anymore than the original console, just 29,980 yen ($279) and is set to hit stores in August. While there’s been no confirmation this model will release outside Japan, it’s almost certain that it is coming stateside sooner than later. Read more to see how to fix the Joy-Con drift problem plaguing many current Switch owners.

Nintendo’s official website claims the new Switch model will last between 4.5-9 hours per charge with an estimated 5.5 hours of playtime in The Legend of Zelda: Breath of the Wild. The original model boasted an estimated 2.5-6.5 hours of gameplay time depending on the game and about three hours of playtime in Breath of the Wild. One thing it doesn’t fix is Joy-Con drift, which occurs after just a few months of use. This refers to a phenomenon that occurs when the joystick on Nintendo’s Joy-Con controllers start to detect input when left untouched, causing the in-game cursors and cameras to slowly drift in a direction.

NASA Releases Breathtaking Image of the ISS Crossing the Sun