Stranger Things Season 3 (July 4) is nearly upon us, so it only makes sense for Nike to release themed sneakers and clothing based on the hit show. This new Hawkins-inspired collection features the Cortez, the Tailwind, and the Blazer Nike Classics sneakers, set for a first drop on June 27th. On the apparel and accessories front, you’ll find hoodies, tees, as well as t-shirts emblazoned with the Hawkins High School crest. “In the summer of 1985, several transport vehicles departed from Nike HQ in Beaverton, Oregon, carrying special product shipments headed to multiple locations across the US,” said Nike. Read more for additional pictures and information. 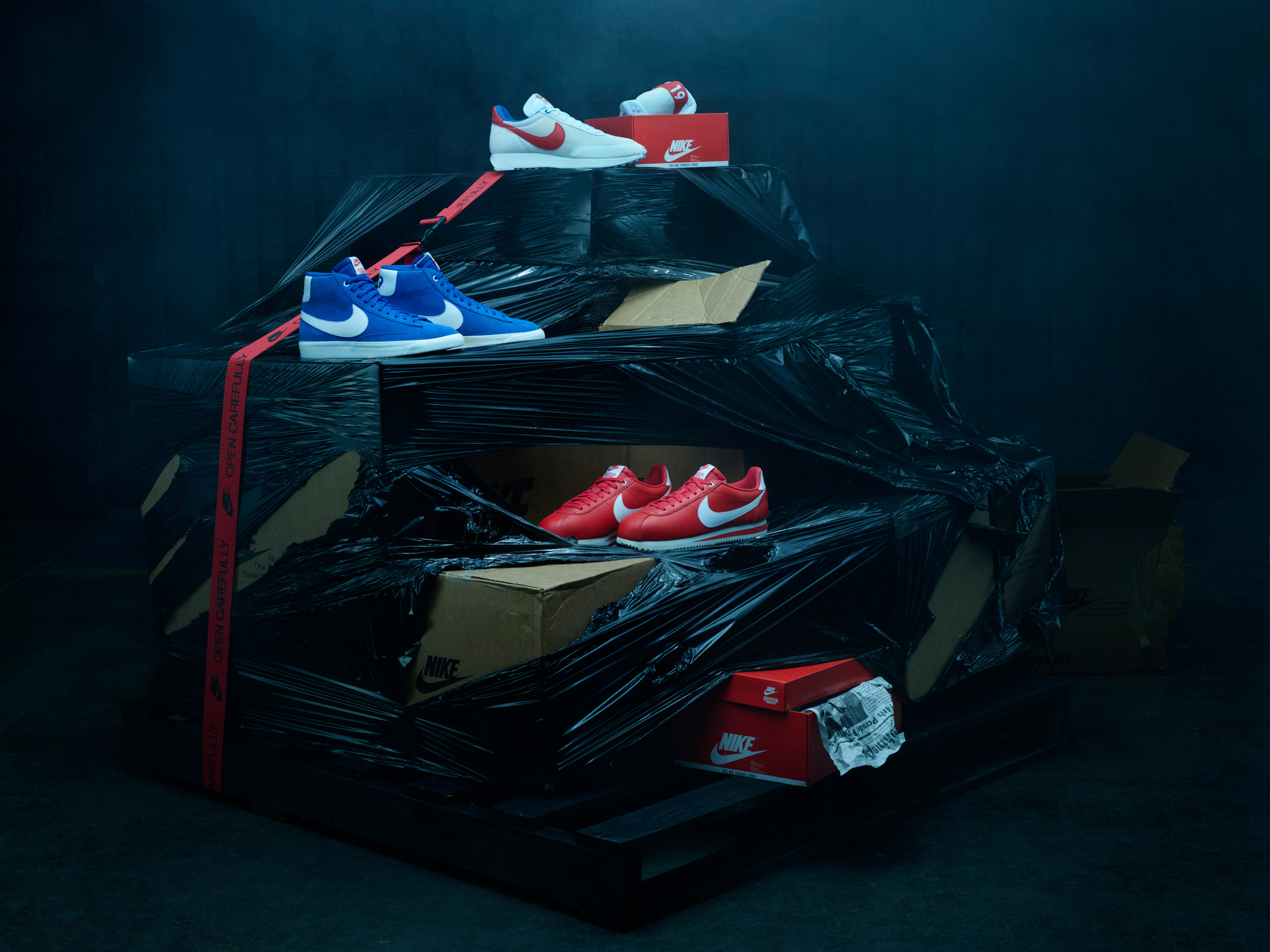 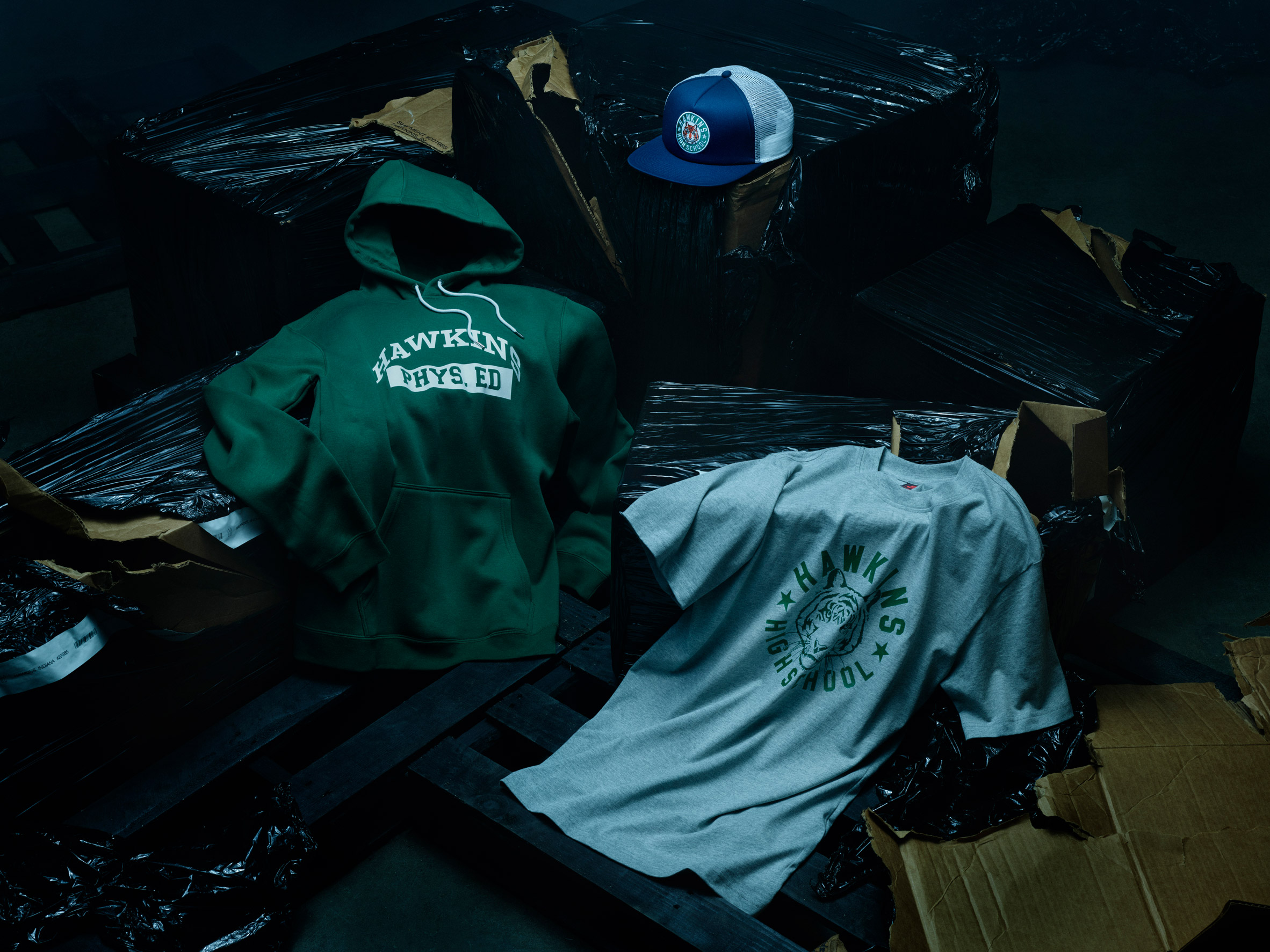 The Hawkins-themed gear is just one of three installments, as less than a week after the first drop, fans will get an “OG” pack of Stranger Things sneakers in red, white, and blue. This time, the the Tailwind, Blazer, and Cortez are designed to celebrate the Independence Day theme. 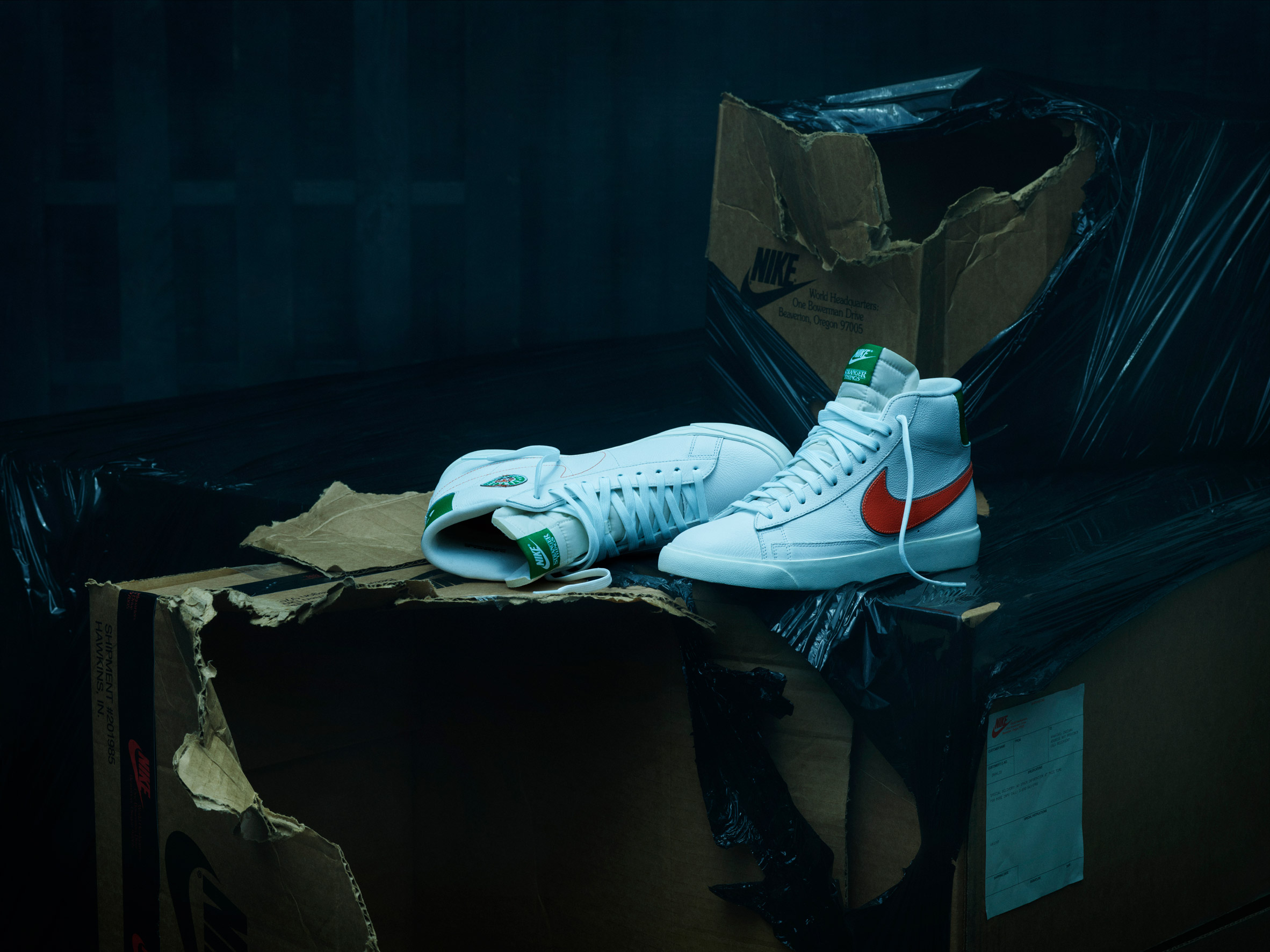 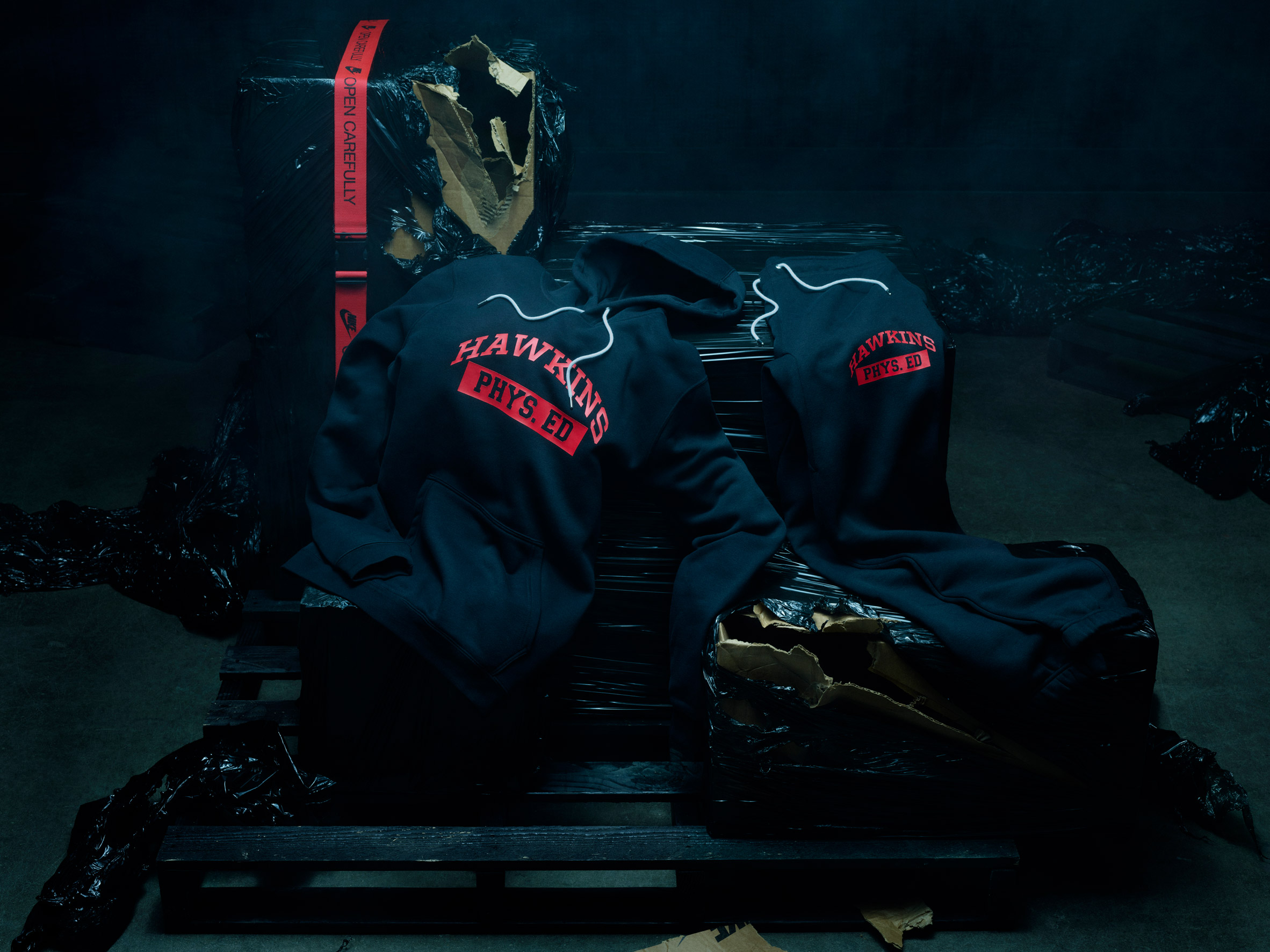 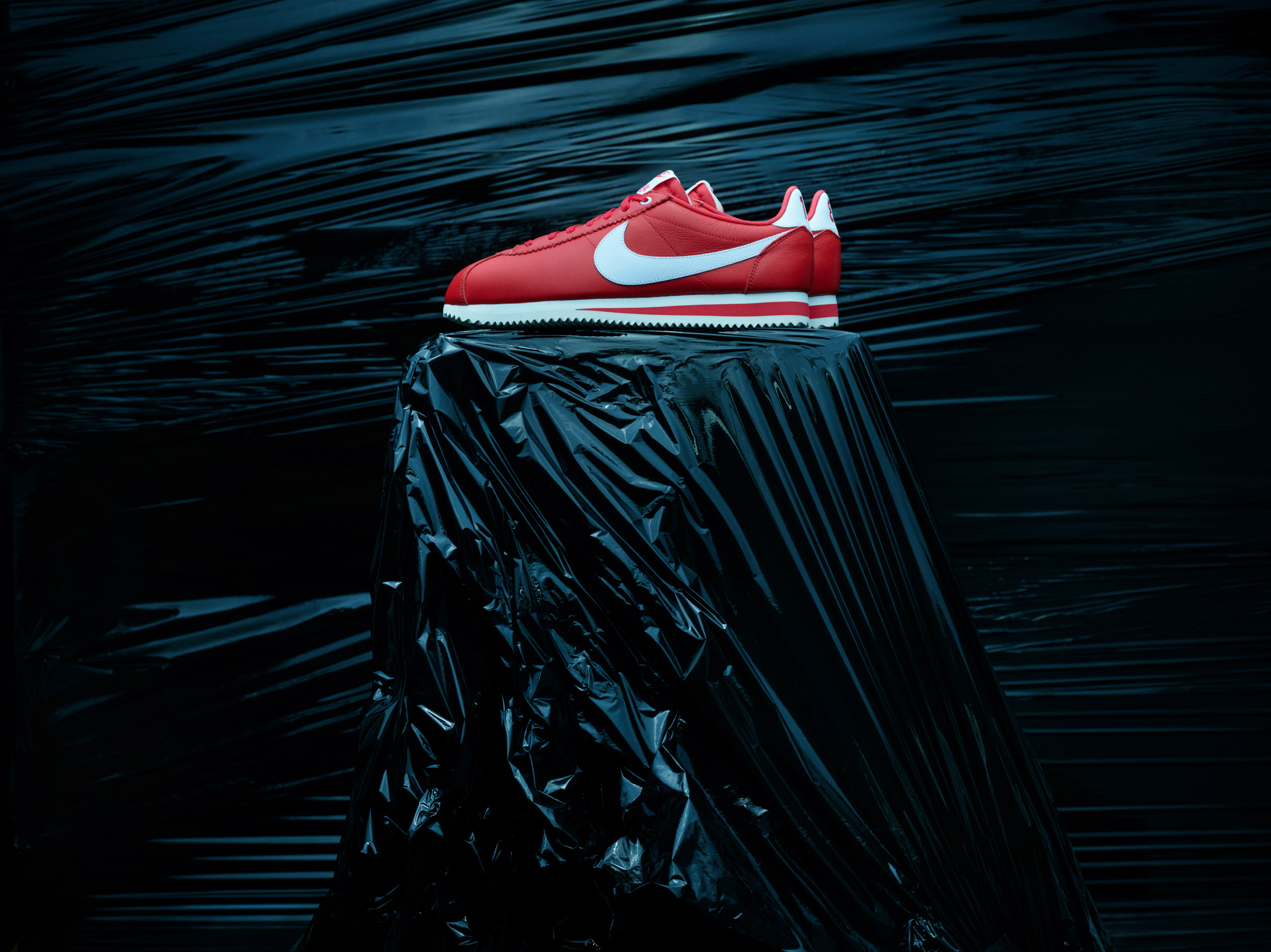 “So, now you’ve got three things to add to your calendar. Drop one on June 27, drop two on July 1, and the debut of Season 3 on July 4. If all goes according to plan, you’ll have some brand new, vintage-inspired gear on hand to binge-watch to your heart’s content,” reports Esquire.