After an early leak, Facebook has officially unveiled Oculus Quest 2, a next generation all-in-one virtual reality headset that’s priced even lower than its predecessor at $299 USD. Featuring Qualcomm’s Snapdragon XR2 Platform, 6GB of RAM and a new display with 1832 x 1920 pixels per eye, the company’s highest resolution display yet. Thanks to the increased graphics processing power, this new display is now capable of supporting 90 Hz. Read more for a video, including a hands-on review, and additional information.

The redesigned headset is slimmer and sheds 10% of the weight from the original, while a built-in IPD (interpupillary distance) adjustment mechanism with three settings enables users to adjust lens position for visual comfort. It’s also compatible with new accessories, including the Elite Strap with Battery for double the playtime and the Fit Pack, which provides swappable facial interfaces to fit wider or narrower face shapes. 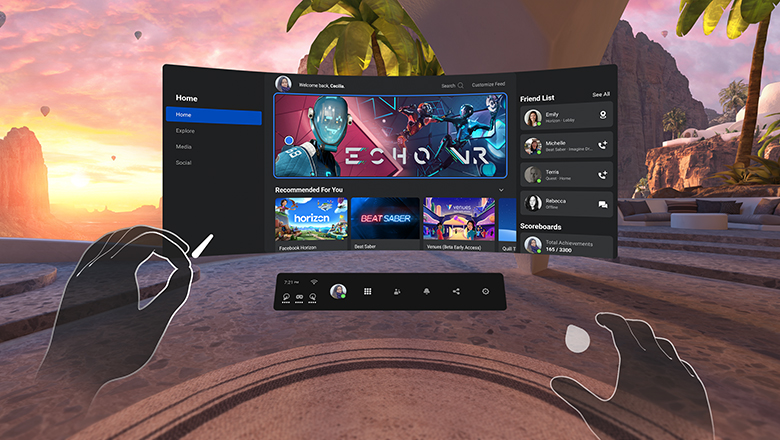 Our goal with the original Quest was to bring standalone VR to as many people as possible. We’re doubling down on that goal with Quest 2. It combines the performance gamers want with the flexibility people need, all at a price significantly lower than similarly featured headsets on the market. Quest 2 is more than just the next step in all-in-one VR. It represents years of feedback from developers, gaming enthusiasts, and the broader VR community, and we couldn’t be more grateful for this ongoing support,” said the company.