In the 1950s the LeTourneau company developed several overland trains, essentially oversized semi-trailer trucks that could travel over almost any terrain. Their intention was to be able to handle logistics needs without being dependent on local road or rail systems, allowing them to operate in back-country areas. The US Army had three experimental units built, the largest reaching almost 600 feet (183 m) long, which holds the record for the longest offroad vehicle. Continue reading for more interesting facts about the train. 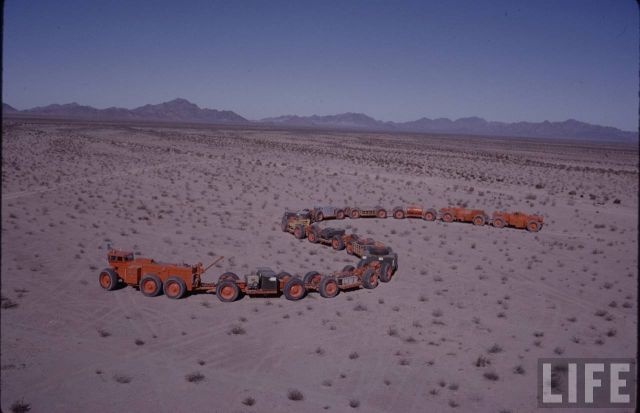 In the early 1950s, LeTourneau, a heavy-equipment maker based in Longview, Texas, developed the idea of using a diesel-electric transmission to drive multi-wheeled vehicles. Each wheel was driven by a separate electric motor, which gave the vehicles much better traction as the force of the engine was spread across a number of wheels.

4. Developed to Haul Trees Out of the Bush 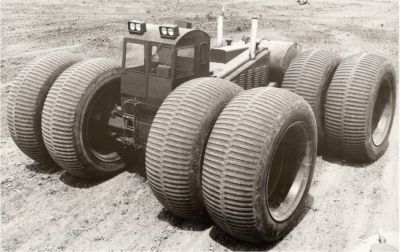 The overland train concept first developed as a way to haul trees out of the bush, without the need to prepare a road capable of supporting a traditional truck. A truck would need to have a surface flat and strong enough for its driven wheels, normally four at the rear of the cab, to gain traction needed to climb any grades. 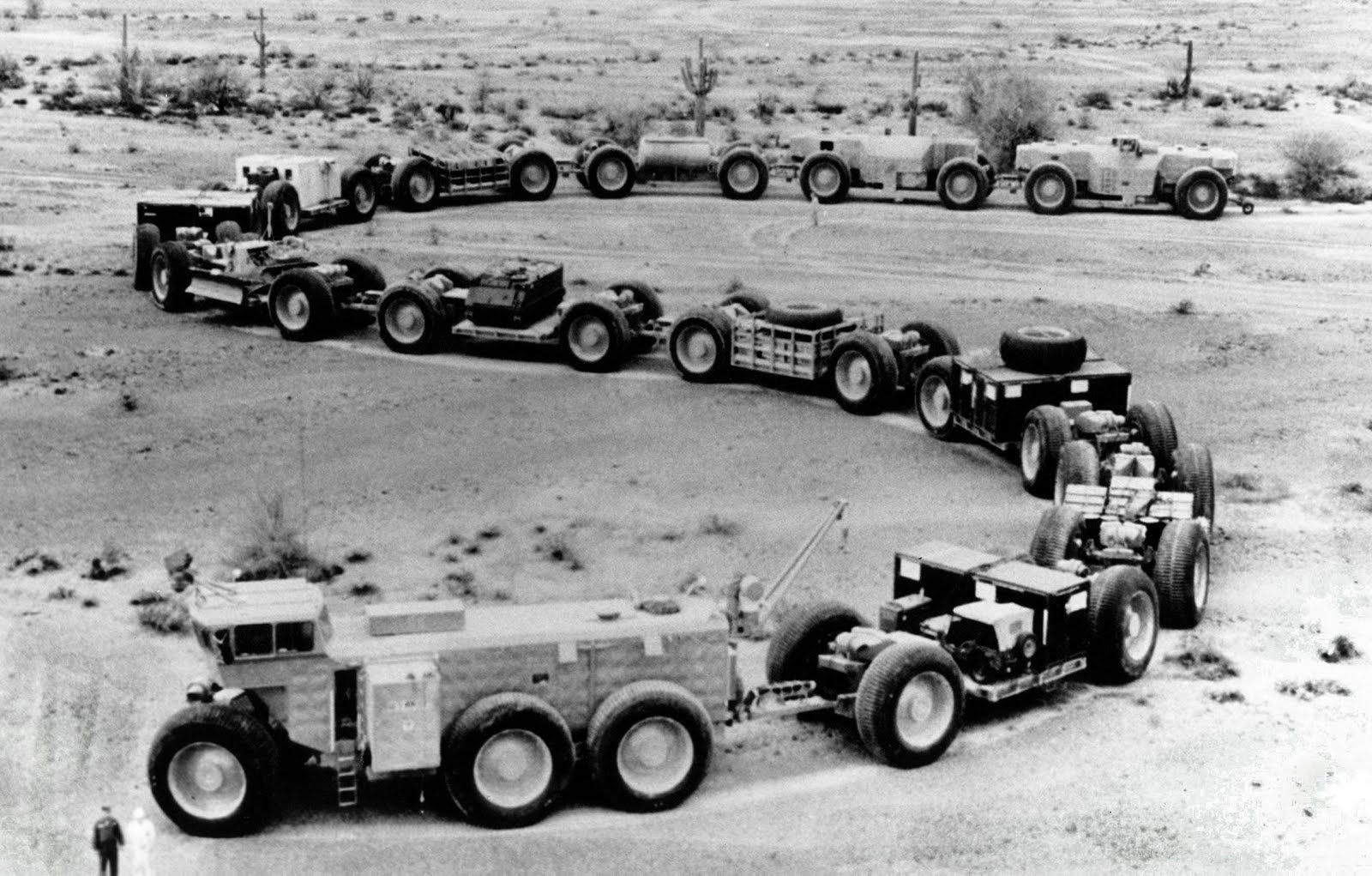 The first of these designs was the VC-12 Tournatrain, which consisted of a power truck with a 500-hp Cummins VT-12 engine, and three 20-ton trailers. Each wheel was powered by a separate electric motor, four to each vehicle, including the locomotive. First tested in February 1953, after several months of testing, an additional four trailers were added, with the last holding a second engine. The new version was completed in February 1954, and supported a maximum payload of 140 tons.

2. Steering was a Problem 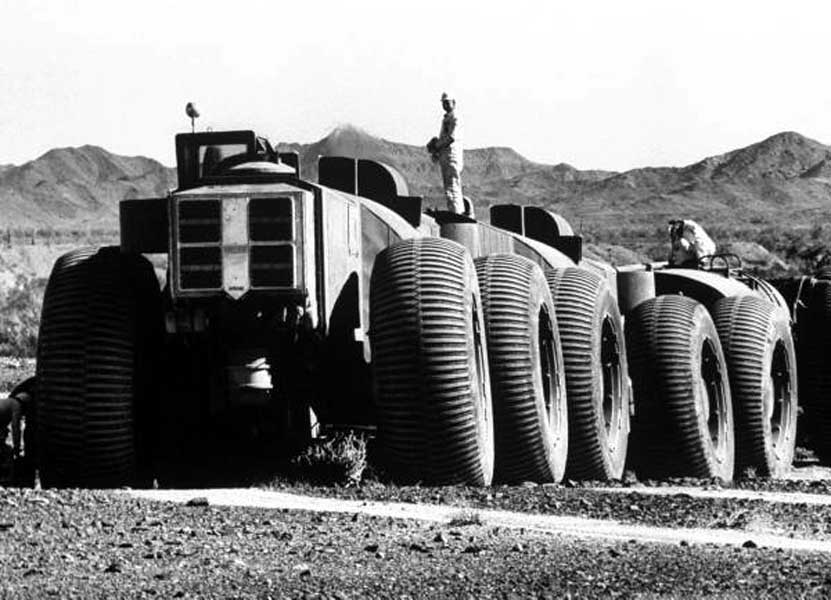 Steering such a train proved to be a serious problem. If the train rounded a corner, the trailers would normally want to even the angles between themselves, forming into a long arc. If there was an obstacle that the driver had avoided, the trailers might eventually hit it as they rounded a corner. To solve this problem, the new trailers were all equipped with steerable wheels. Steering commands were sent from the control cab to each set of wheels in turn, so they started turning at the same point where the driver had. This allowed the train to make sharp right-angle turns, for instance.

The Mark II had a much larger six-wheeled cab that was over 30 feet (9.1 m) tall and was no longer articulated due to the ability for all the wheels to be steered. The turbine engine was much smaller than the diesel it replaced, allowing the interior to support a crew of six with sleeping quarters, toilets and a galley. It was even equipped with a radar. An additional two power cars and ten cargo cars were built for testing. In total the train now stretched over 570 feet (170 m). On flat ground it could carry 150 tons of cargo at about 20 mph. Range at full load was normally 350 to 400 miles (560 to 640 km), but additional fuel trailers could be added to extend it.

Stainless Steel SoundBot SB520 3D HD Bluetooth 4.0 Wireless Speaker is Built to Last, Get One for Under $27 – Today Only