Lightning is amazing to say the least, as it only takes one bolt to heat the surrounding air to 30,000° C, or five times as hot as the surface of the sun. It can also be used to make glass, but when a bolt of lightning strikes a sandy surface, the electricity can melt the sand. When that substance is combined with other materials, it hardens into lumps of glass called fulgurites. Read more for a video on how to turn BBs into a lightning bolt and additional information.

Can’t get a welder? The Backyard Scientist says you can also use 3/8 carbon gouging rods as electrodes to melt the BBs. The batteries would be wired on series for 24V, but if that’s not enough, get another one, or even two. You’ll also need heavy duty wire rated for 200 amps – positive on top or bottom doesn’t matter. It won’t work as well as efficiently as the welder because that has a higher voltage start that helps it start an arc at longer distances. 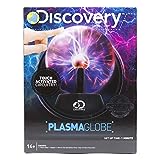 FYI you can do this with 2 car batteries in series, so 24v. my welder is only 18v at 200 amps, 2 car batteries will put out about the same power.As for the BB’s, i got them from ebay. search ‘steel shot blasting’. Mine were size s460, about 1mm. I also got the Silicon Bronze from ebay, but it can be pretty expensive. Wisconson Wire Works also sells it for around $6.90 a pound,” said the Backyard Scientist.