Photographer John Kraus was at Cape Canaveral yesterday to cover the Atlas V rocket launch with two Nikon D7000 cameras at Space Launch Complex 41. Both were setup to be sound-activated and set to shoot the launch at different angles, while having the lenses wrapped in plastic grocery bags with a hole cut out for the front element to poke through. One of them was safely located 500-feet away from the blast, while the other was just 300-feet, and as you can see, that one didn’t quite fare so well. Continue reading to see the aftermath and for the full launch video. 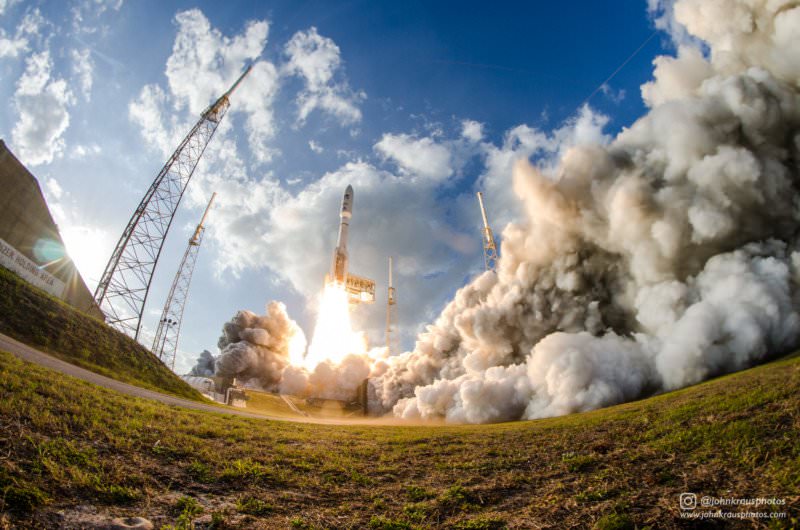 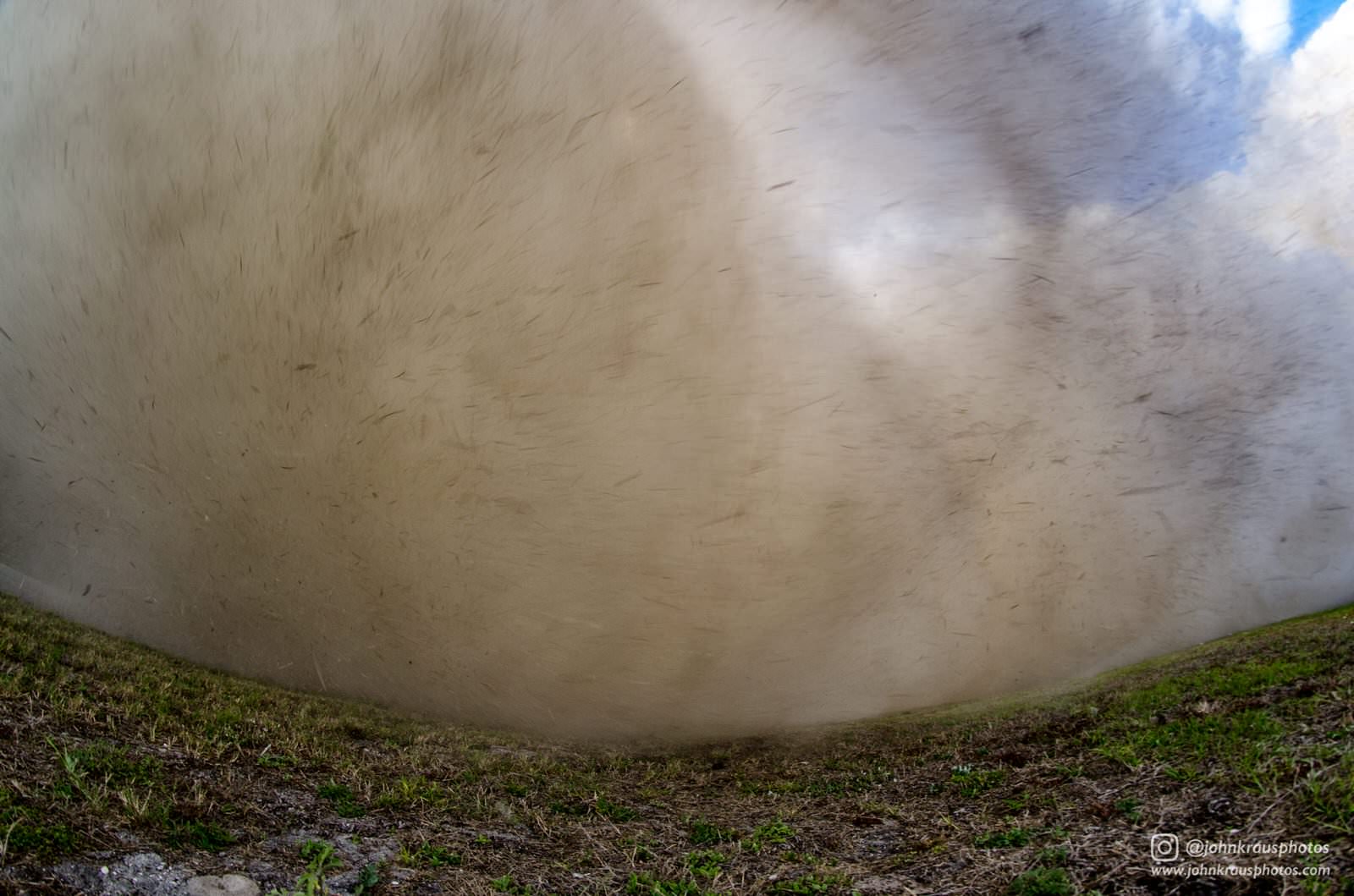 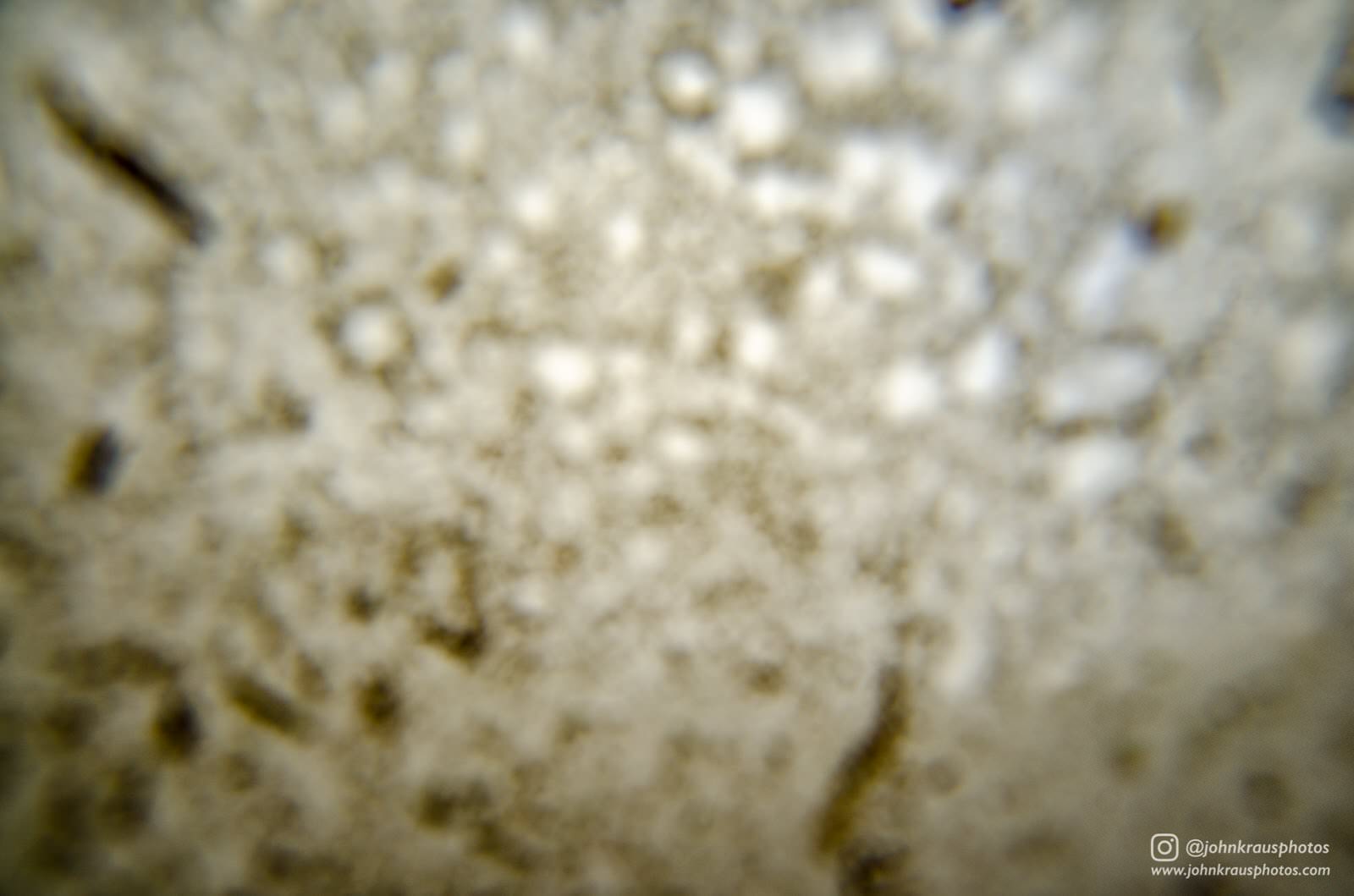 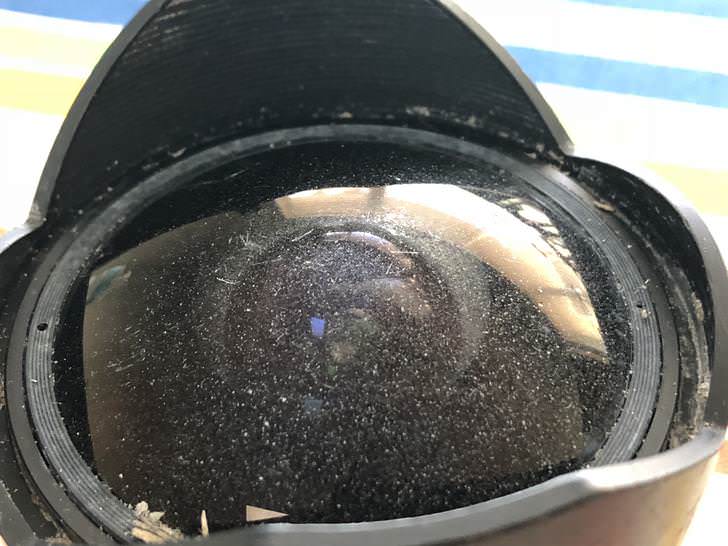 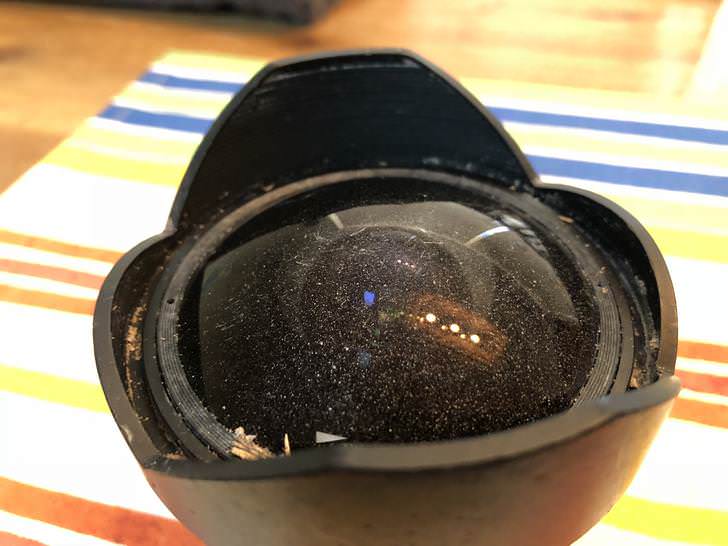 “This image is why I think there was a mixture of both water and solid exhaust on my lens. The Aerojet Rocketdyne AJ-60A solid rocket motors used on this rocket are fueled by hydroxyl-terminated polybutadiene, which is very acidic. The residue is a sort of dried, cake-y, powdered material stuck to the lens. After I got home, I took a wet cloth and wiped off the powdery substance. It came off relatively easily, and I initially thought the lens was fine after I dried it off. That’s not sand or dirt resting on the glass – that’s pitting in the front element itself,” said John.