Josh Rossi, also known as Photoshop Dad, spent $1,500 on a hand-made leather costume, as well as props, to transform his daughter into Wonder Woman, and the results were stunning to say the least. He collaborated with Mcgrew’s, a studio in Salt Lake City, to replicate Gal Gadot’s suit, complete with sword. Since the actual Wonder Woman movie won’t be released until May 7th, 2017, the team only had the trailer to work off of. Continue reading to see some before and after shots. 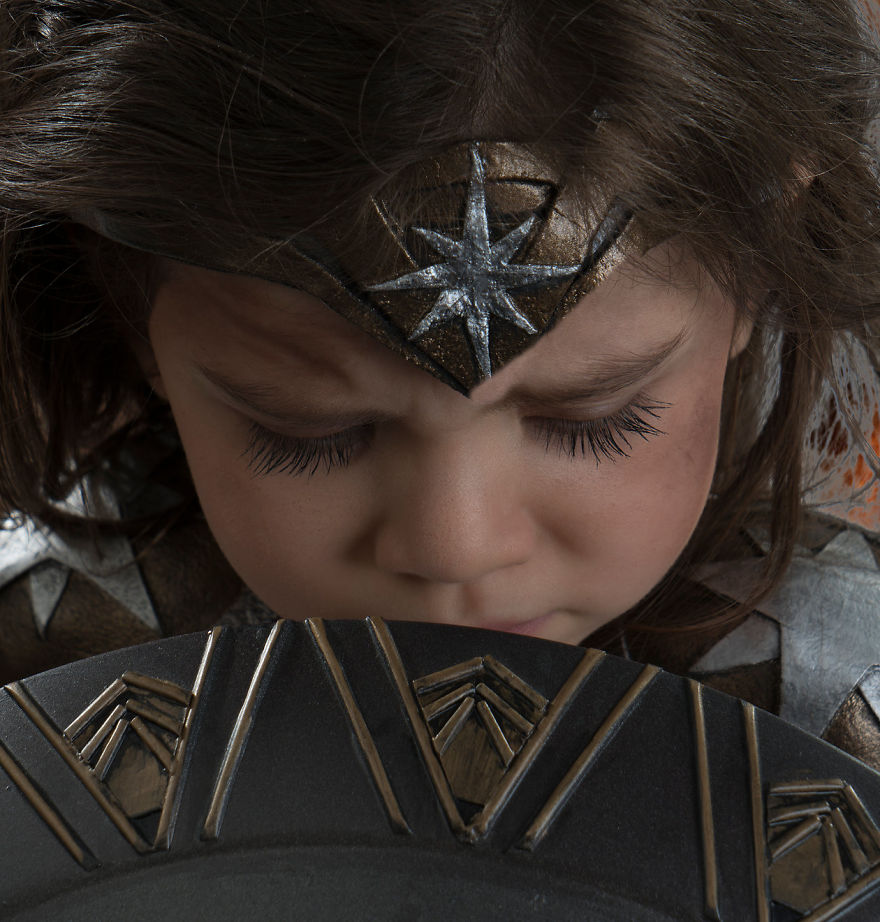 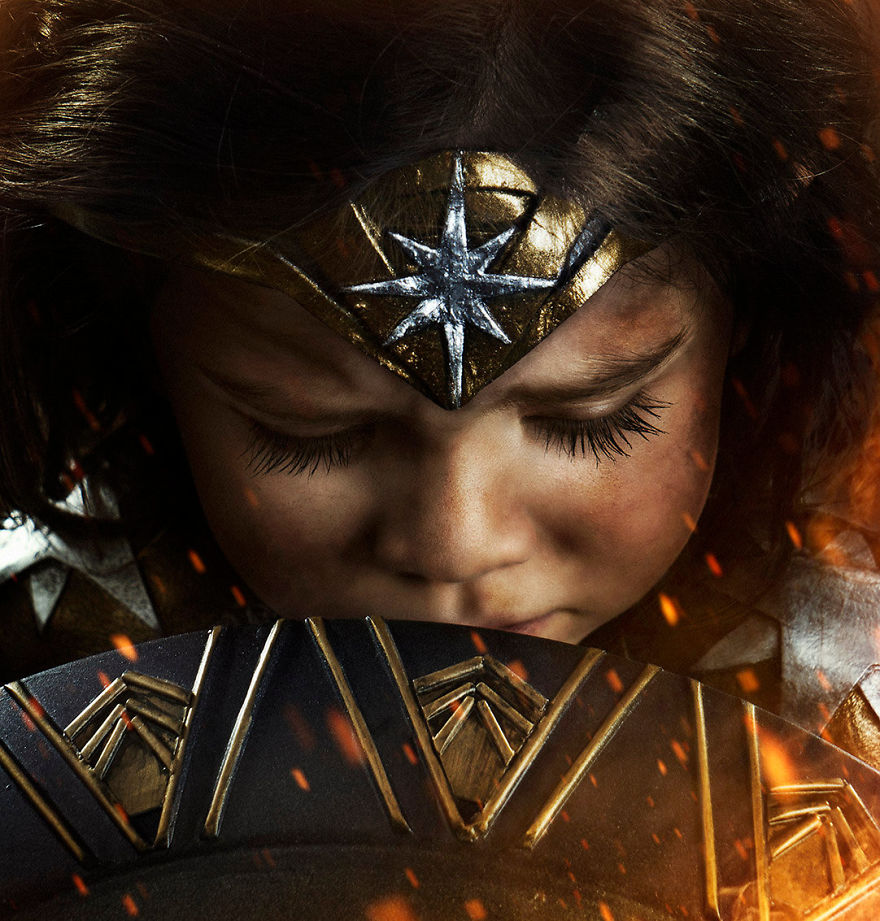 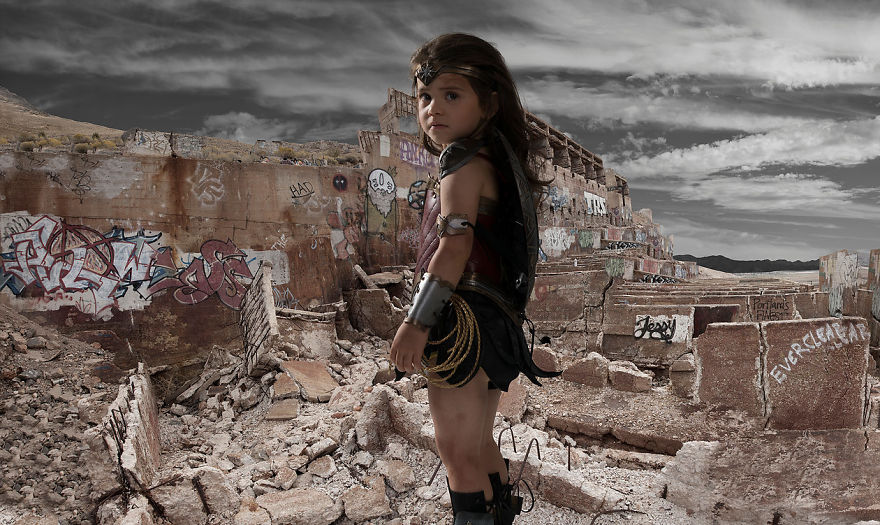 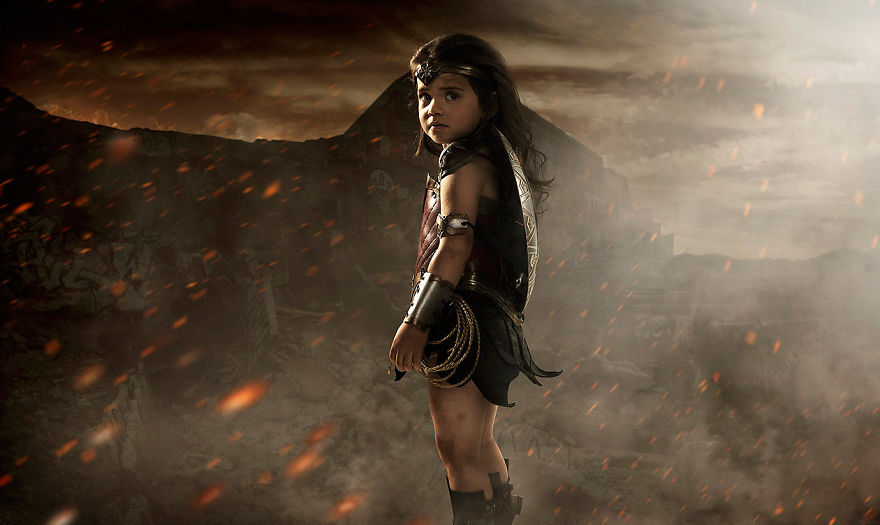 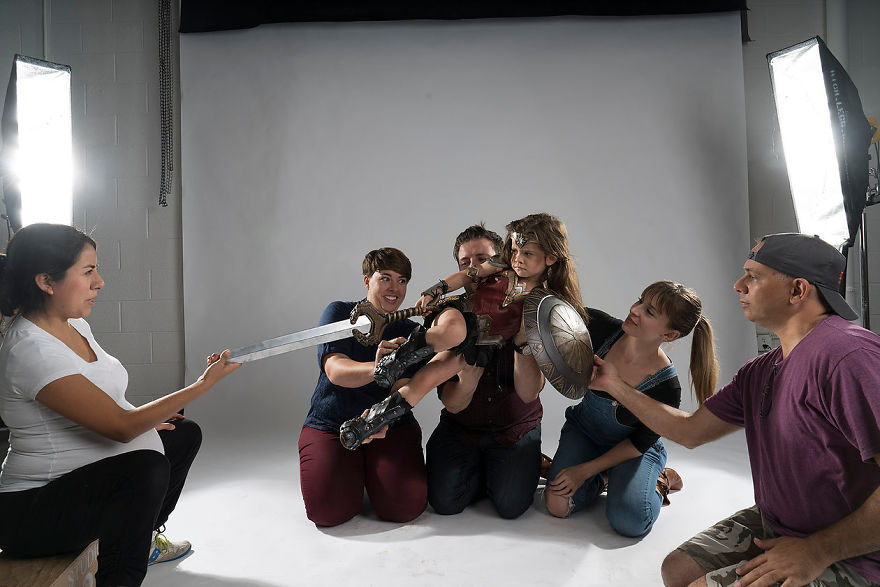 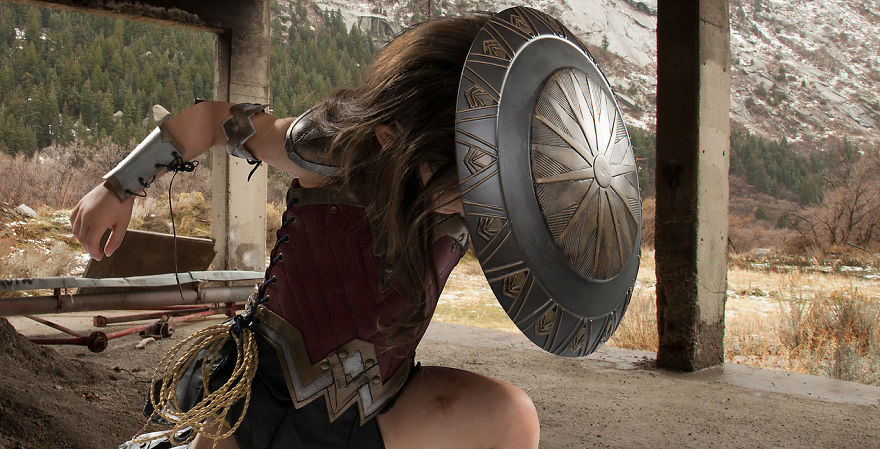 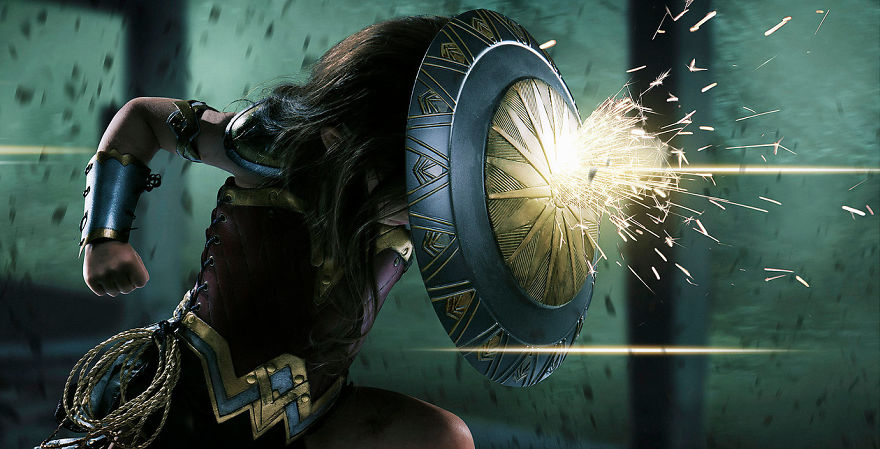 “The photo shoot itself took an entire day with the help of an awesome team. During two and a half hours of shooting, three years old Nellee channeled her inner super hero and helped her dad recreate scenes from the upcoming Wonder Woman movie. The final photos were the result of brilliant composite techniques with some Photoshop effects,” according to Bored Panda.