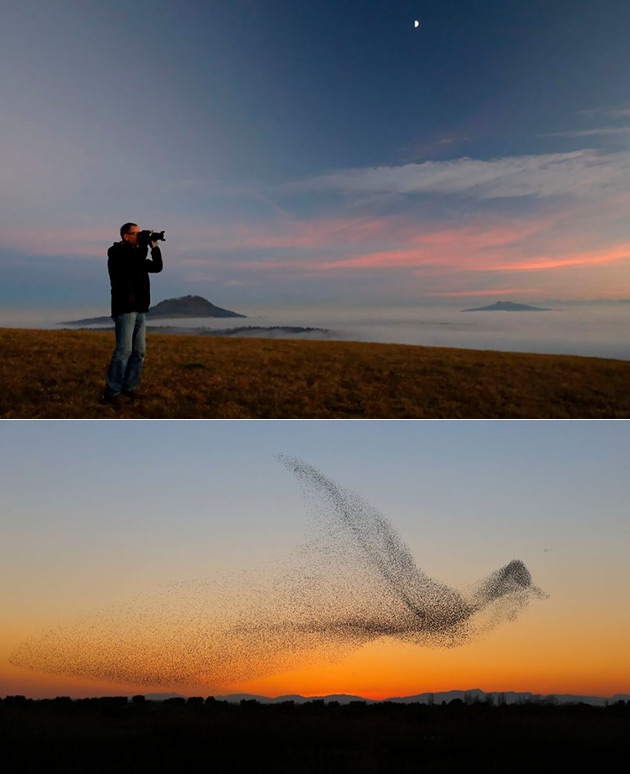 Photographer Daniel Biber tried to capture a photo of starlings flying in the sky, but all of a sudden, they began to swirl together in response to a predator being close by. What happened next? They twisted to form a giant bird, or a one-in-a-million shot if you will. “Only when I checked the pictures on the computer later, I realized what formation the starlings had created. I was so concentrated on taking pictures at the time that I hadn’t realized that the starlings had created a giant bird in the sky,” said Daniel. Continue reading for more pictures and information.