Stanford University engineers have unveiled PigeonBot, a bird robot with a wrist and finger with 40 feathers – 20 per wing—gathered from domestic pigeons called squab. By programming the robot to bend at one joint, the researchers could see how that movement contributes to a bird’s aeronautical maneuvers, and may eventually lead to bird-inspired drones. Read more for a video and additional information.

This flying robot also needed birdlike maintenance, as when its feathers are ruffled, they need to be preened, or smoothed into place by hand. The researchers then flew the robot in a wind tunnel to see how the wings held together in different conditions. In turbulent winds, properly aligned feathers will hold themselves together using directional Velcro, or microscopic hooks that prevent the wing feathers from getting blown apart. 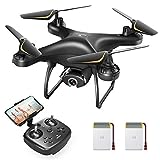 Most aerospace engineers would say this is not going to work well, but it turned out to be incredibly robust. The problem is, of course, I don’t really know how to train a bird to just move its finger—and I actually am very good in bird training. You can make manipulations in a robot wing that you could never do or want to do in a bird,” said lead author David Lentink.