Developed by New York-based Waverly Labs, the Pilot is essentially a three-part system: two small Bluetooth earbuds and a smartphone app for the actual translation. How does it work? Simply talk to the other person as you normally would – each in your own language – and the app instantly translates the dialogue before sending the translated speech to the earpiece. The prototype supports a number of European languages (English, Spanish, French, Italian). Other languages, like Hindi, Semitic, East Asian, Arabic, Slavic, and African will be included in later versions. Continue reading for five more weird gadgets that actually exist. 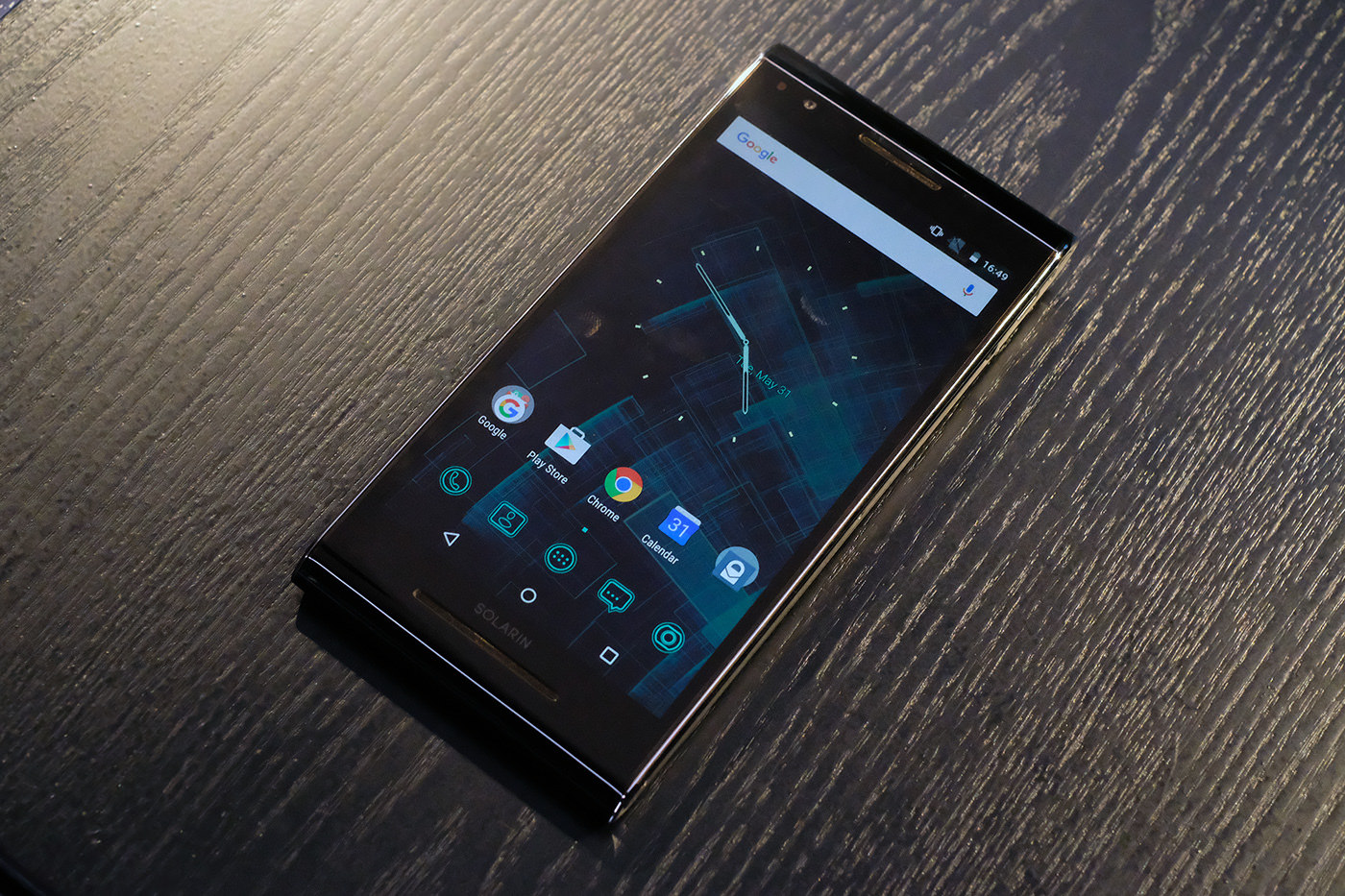 Priced at a staggering $16,500 USD, the Solarin Smartphone is touted as “the best in the world” by Sirin Labs. Unlike other smartphones, the company partnered with KoolSpan to integrate chip-to-chip 256-bit AES encryption, the same technology used by military forces around the world use to protect their communications. Other features include: a 5.5-inch 2K display, a Snapdragon 810 processor, 4GB of RAM, 128GB of storage, a 23.8-megapixel camera with laser-assisted autofocus, an 8-megapixel front-facing camera and a 4,040 mAh battery. 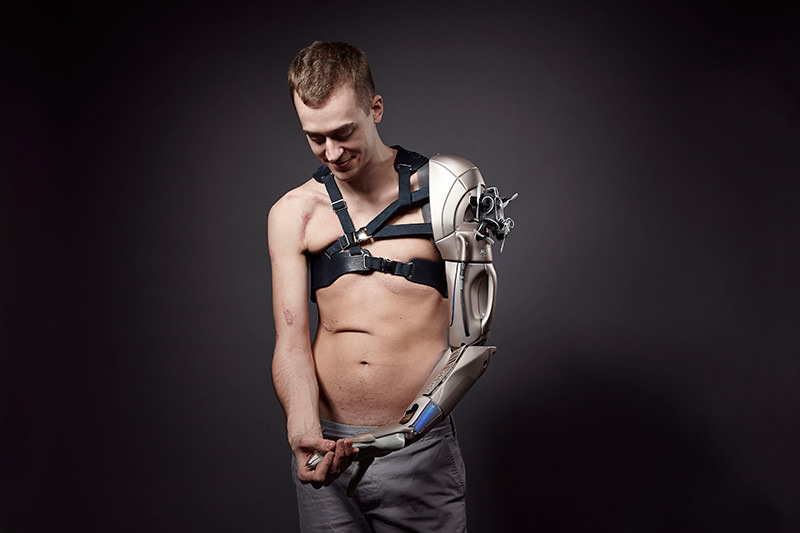 James Young suffered a freak accident four-years-ago that left him with an ‘ugly- peach-colored and obvious’ prosthetic arm and leg, but little did he know that everything was soon going to change. Konami transformed him into ‘part cyborg’ in a one-of-a-kind experiment that would give him a prototype bionic arm that comes equipped with several innovative features, like a torch, a USB port, a laser light, and even a drone. Sensors, attached to the skin of his shoulders to detect muscle signals, are connected to a harness worn across his upper body, enabling the entire system to operate seamlessly, and as close to a human arm as currently possible. 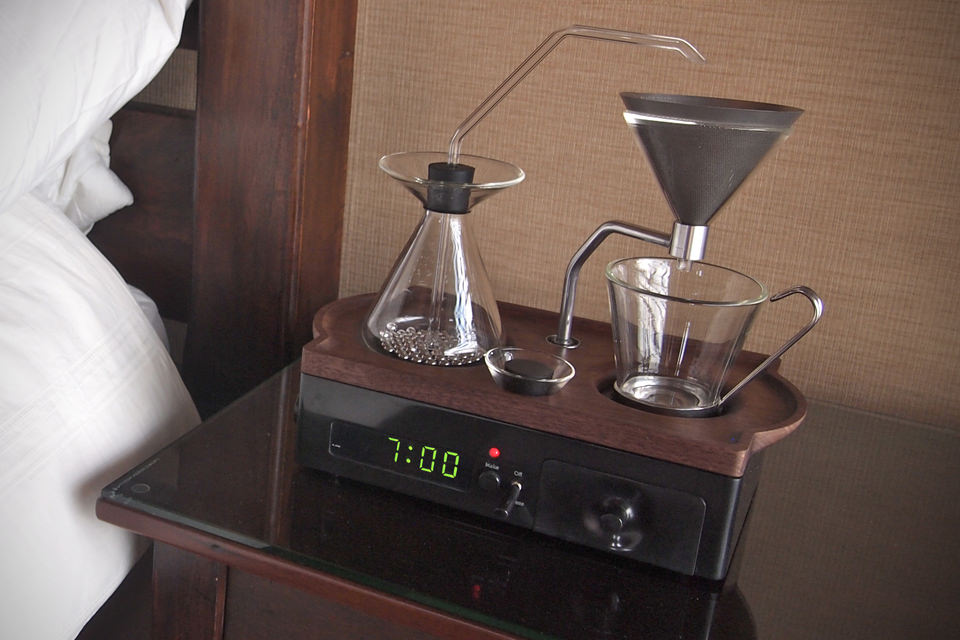 Why bother with coffee machines, when you could have a hot cup of Joe ready and waiting as your alarm clock goes off? Meet “The Bariseur,” an automatic coffee maker and tea brewer that doubles as an alarm clock. Rather than buzzing sounds, it wakes you up to the sound of bubbling hot water and the smell of fresh coffee or tea. Its creator, Joshua Renouf, says his ingenious creation “encourages a ritual in order to establish a routine before going to sleep, signalling to the body and mind that it is time to unwind and relax. The fresh coffee or tea is used as a natural aromatic relaxant throughout the night then stimulates the user in the morning once brewed.” 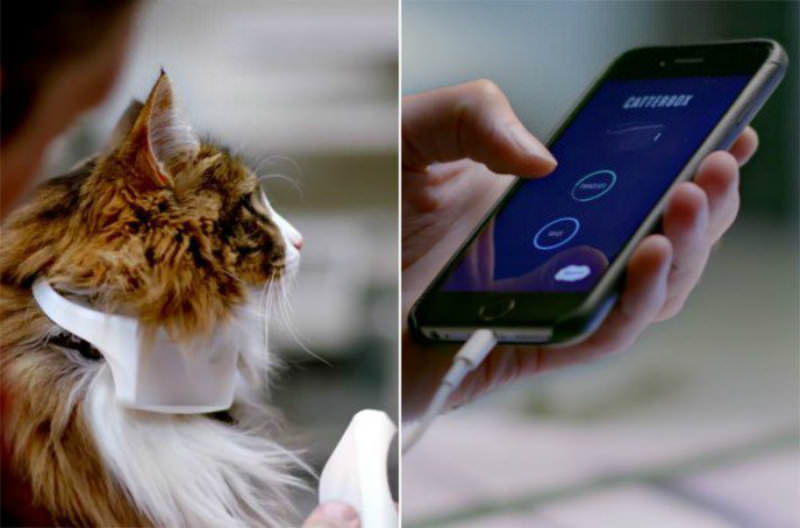 It’s called the “Catterbox,” and this device supposedly boasts an integrated digital sensor that detects meows, and uses a special program to decipher the meanings behind them. By using the collar, owners can speak to their cats and expect a meaningful response, or so we think. Their responses are delivered with an elegant British accent, in a voice of the owner’s choosing, selected through a smartphone app paired with the collar.

1. Oombrella Lets You Know the Weather in Advance 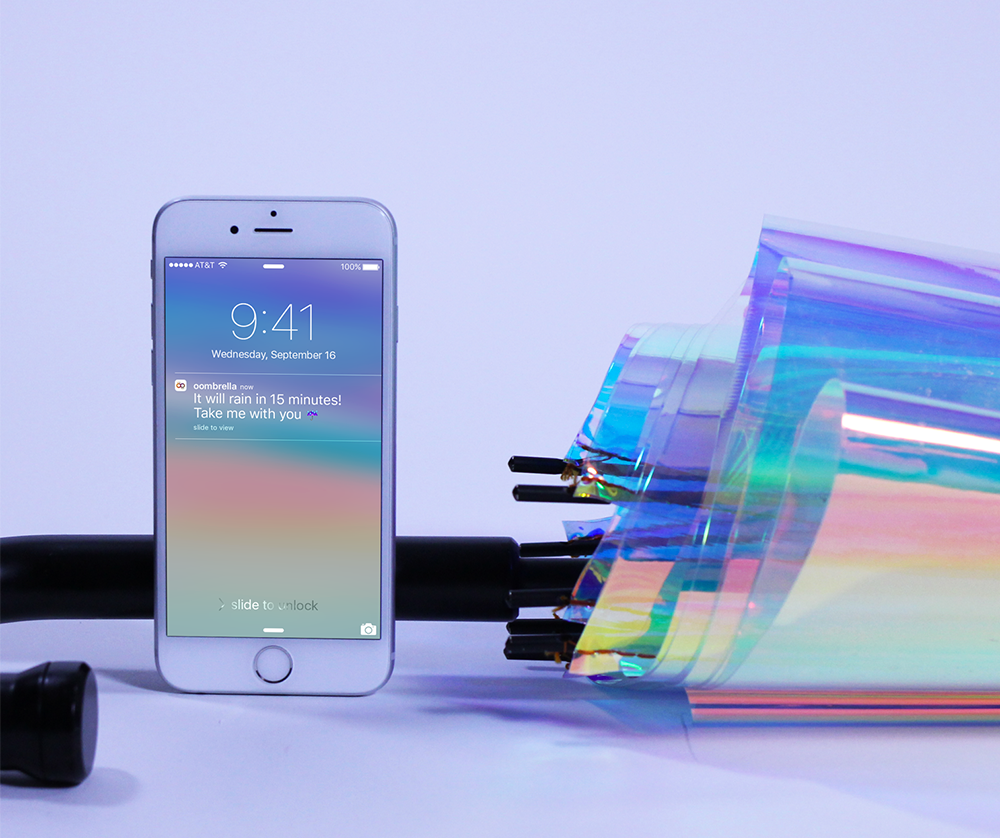 Think of ‘Oombrella’ as a smart umbrella that can not only can predict the weather, but it’s also impossible to lose, as it syncs with a smartphone app, sends users updates about weather conditions 30 minutes in advance, and reminders if they happen to leave the accessory behind. It comes in two models: classic and modern. The former is 3.1-ft long with a curved handle, while the modern version is 0.8-ft long with a straight handle. The company touts the device as a ‘portable weather station,’ made of a reflective surface with built in sensors that record real-time data such as light, humidity, pressure, and temperature.

DRU, The Pizza Delivery Robot, and 5 More Strange Inventions People Came Up With