McDonald’s Happy Meal toys have been a hit with collectors, but the frenzy has never been greater, thanks to a new 25th anniversary Pokémon TCG (Trading Card Game) promotion going on right now. It has gotten so bad that internet scalpers have been hoarding boxes of the sealed packs, without meals, direct from store employees, and then reselling them for an extreme markup online. There are a total of 50 cards in the limited edition set, with half of them being shiny foil versions. Read more for two videos showing the cards and additional information.

Since many of the McDonalds stores are owned by franchisees, each can set their own policies on how they distribute these packs. Most of the locations that are sold out get a rush of scalpers who come in at 5am, purchase all of the available Happy Meals with the packs (or separately), and then discard the food. Fortunately, some stores are limiting customers to five packs at a time, although that hasn’t stopped a few from getting back in line. 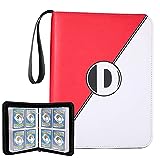 @McDonalds @Pokemon I sure hope you do some form of inventory control for your promo Pokémon cards as some of your stock is being sold in sealed boxes which means they’re not even making it to your stores 😳 Though same thing happened with Tim Hortons Hockey too. Retail $1.99 😳 pic.twitter.com/kX8qZyRX2V