Porsche officially unveiled the Taycan Turbo ($153,310) and Turbo S ($187,610) today. The Taycan Turbo generates up to 671 horsepower and 627 pound-feet of torque with Overboost, while the Turbo S maxes out at 750 horsepower and 774 pound-feet of torque. This means the Turbo can hit 60 mph in 3.0 seconds and the Turbo S in just 2.6 seconds. Both models are powered by a 93.4 kWh lithium-ion battery pack, mated to a rear-axle-mounted two-speed transmission, good for 280 miles (Taycan Turbo) and 256 miles (Turbo S). Read more for two videos, additional pictures and information.

A Porsche Intelligent Range Manager offers alternative routes that minimize charging stops while the driver is in the Normal, Sport, Sport Plus, or Individual drive modes, and bases this route not just on charge locations and traffic, but also on the topography as well as speed limit of the route to maximize driving range.


The Taycan’s two doors flip up to reveal the chargers, with AC just on the driver’s side and a combo AC/DC charger on the passenger side. Inside, there’s a 10.9-inch infotainment display, an optional passenger display and voice control. 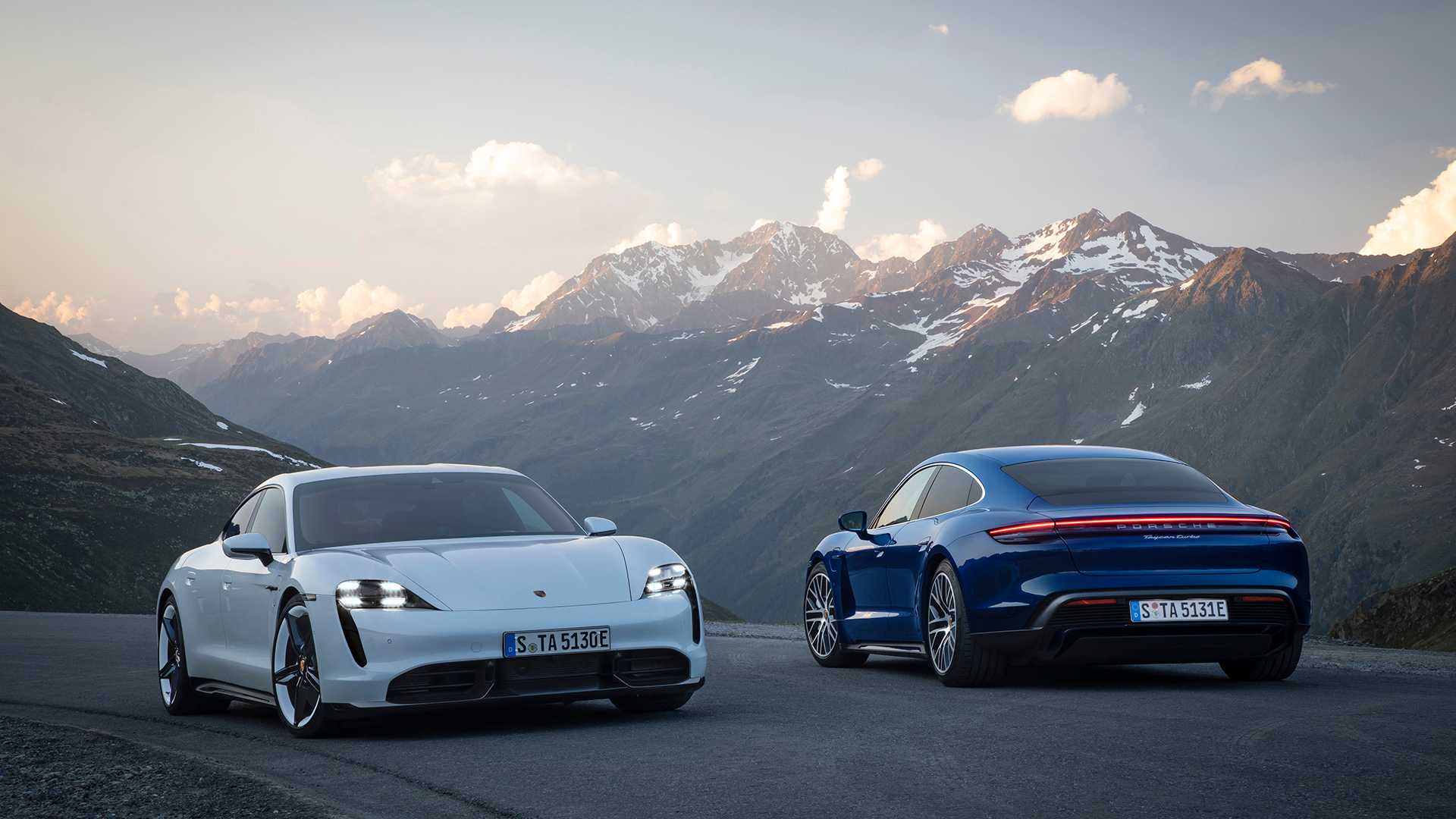 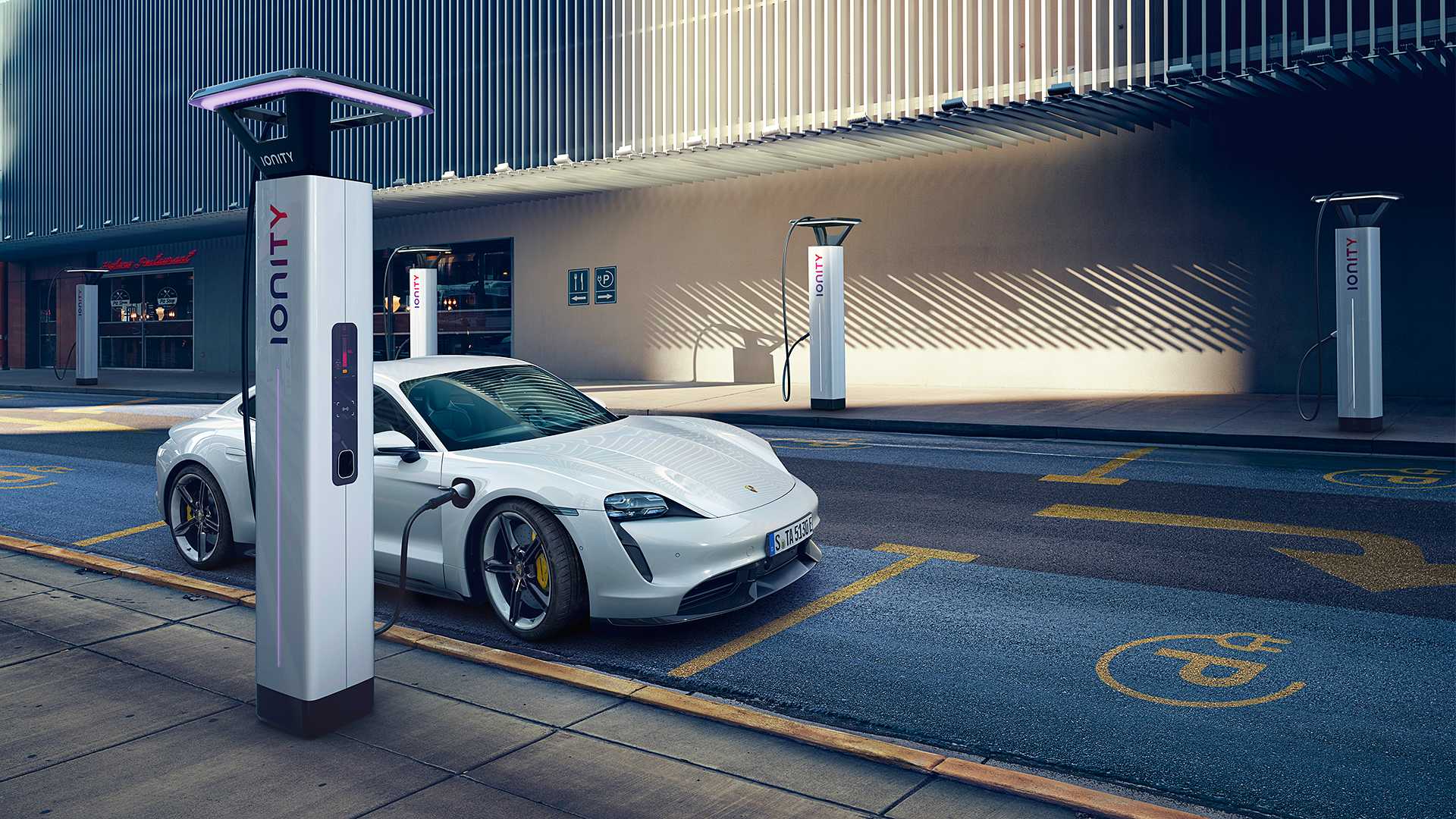 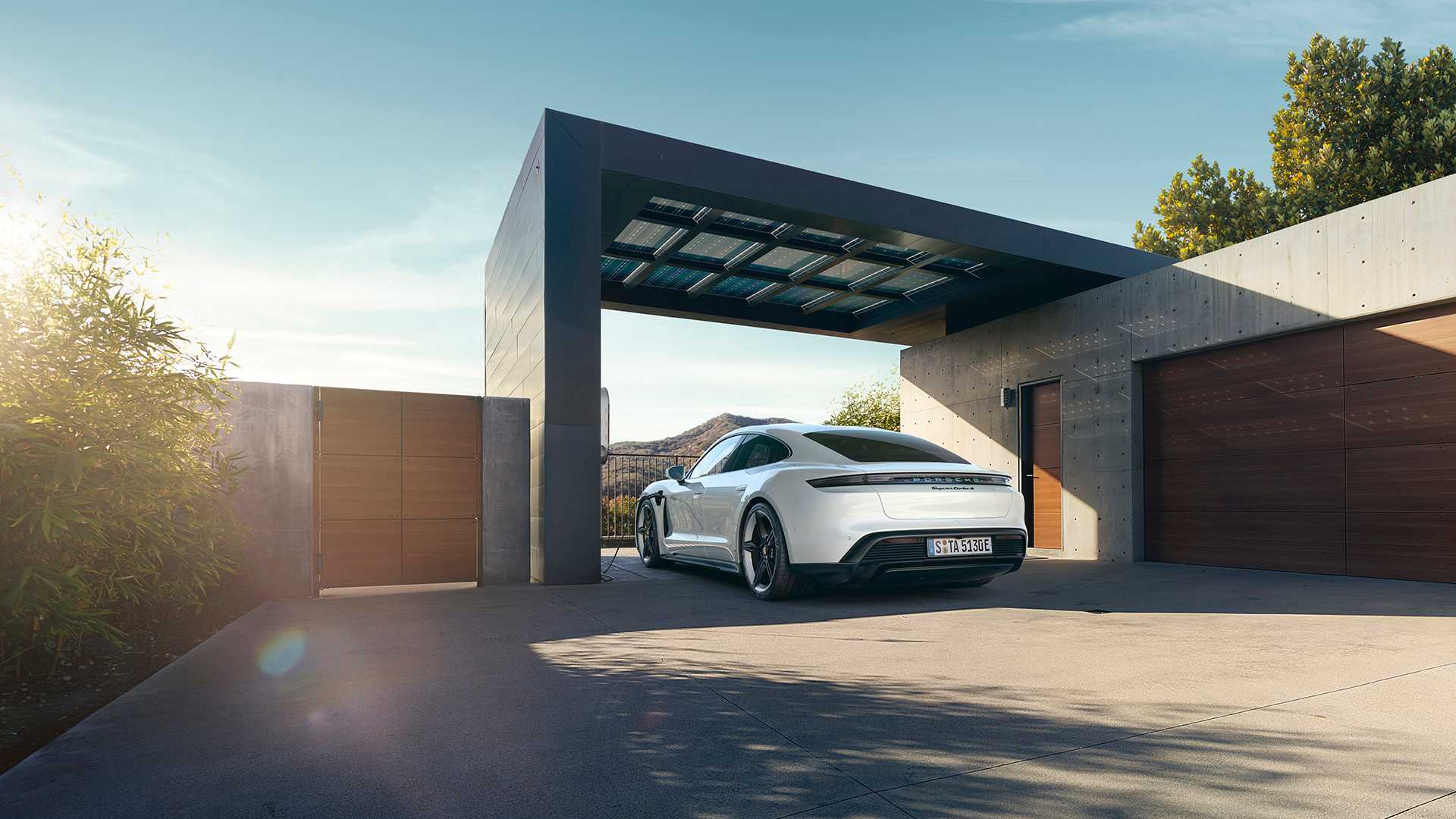 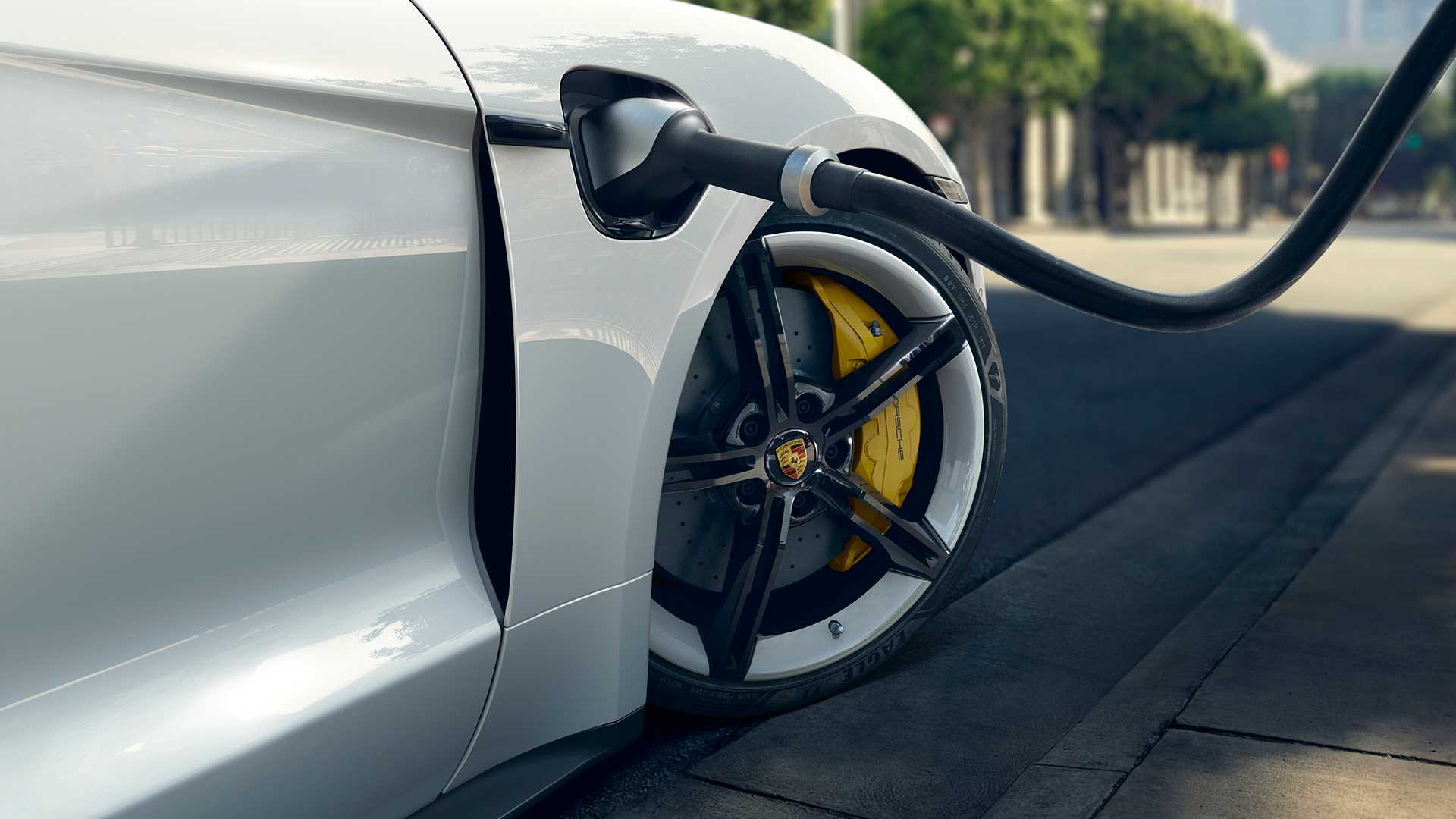 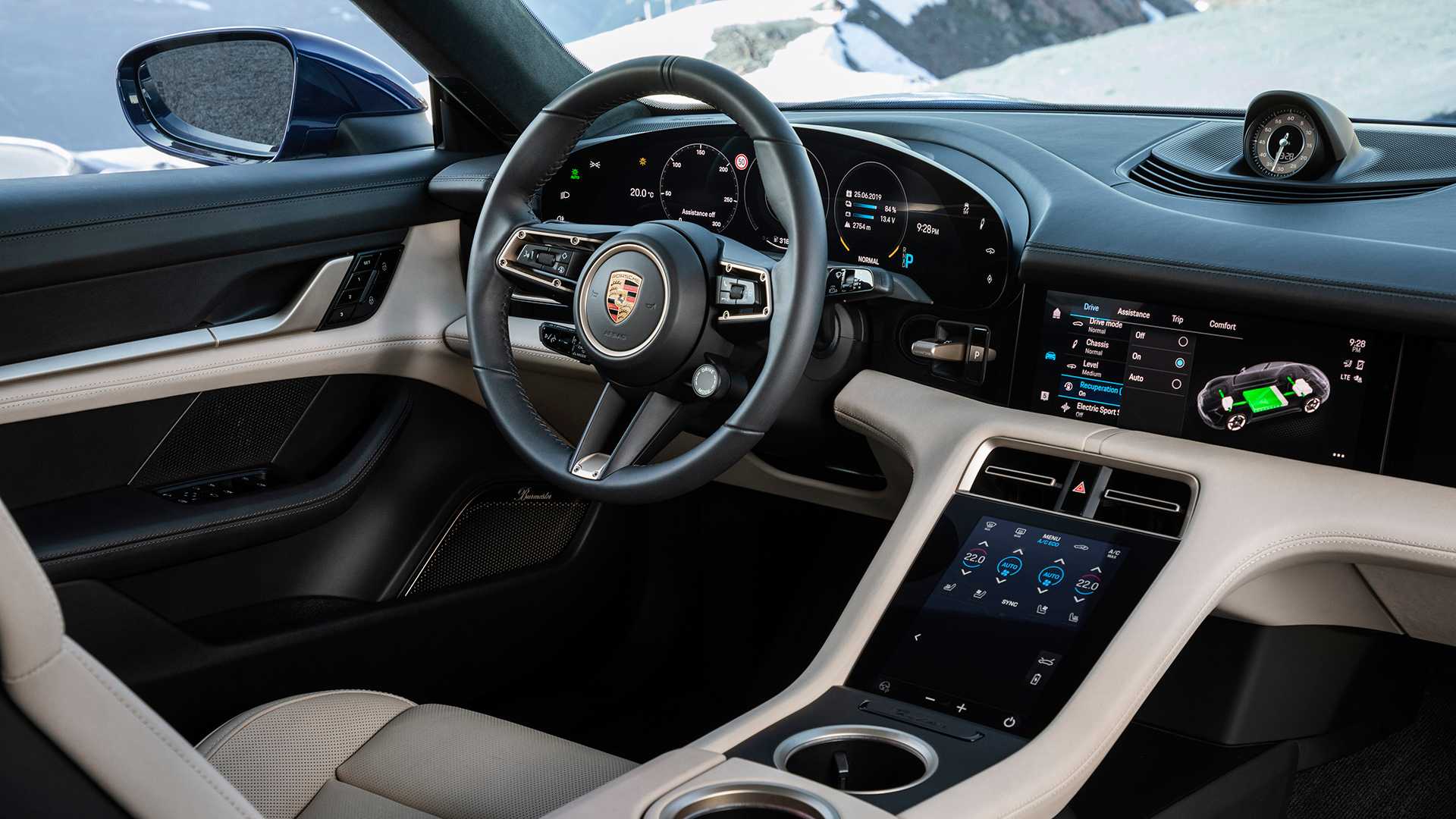 “With its clean, pure-Porsche design, the Taycan ushers in a new era. At the same time, it retains the unmistakable Porsche design DNA. From the front, it looks particularly wide and flat with highly contoured wings. The silhouette is shaped by the sporty roofline sloping downward to the rear. The highly sculpted side sections are also a strong characteristic of Porsche styling,” said the company in a press release.

Acer Predator Thronos Air is a $13,999 Gaming Chair That Even Massages Your Back