There’s the R2-Q5 USB hub, and then this virtual laser projection keyboard. For those who don’t follow the Star Wars series, this astromech made its first appearance in Episode VI: Return of the Jedi, and now, as a virtual laser projection keyboard. That’s right, at the push of a button, it projects a red QWERTY keyboard onto any flat surface, complete with authentic sound effects. It’s also equipped with Bluetooth HID compatibility for iOS, Android, Windows and OS X platforms. Continue reading for more cool Star Wars gadgets you may not have known existed. 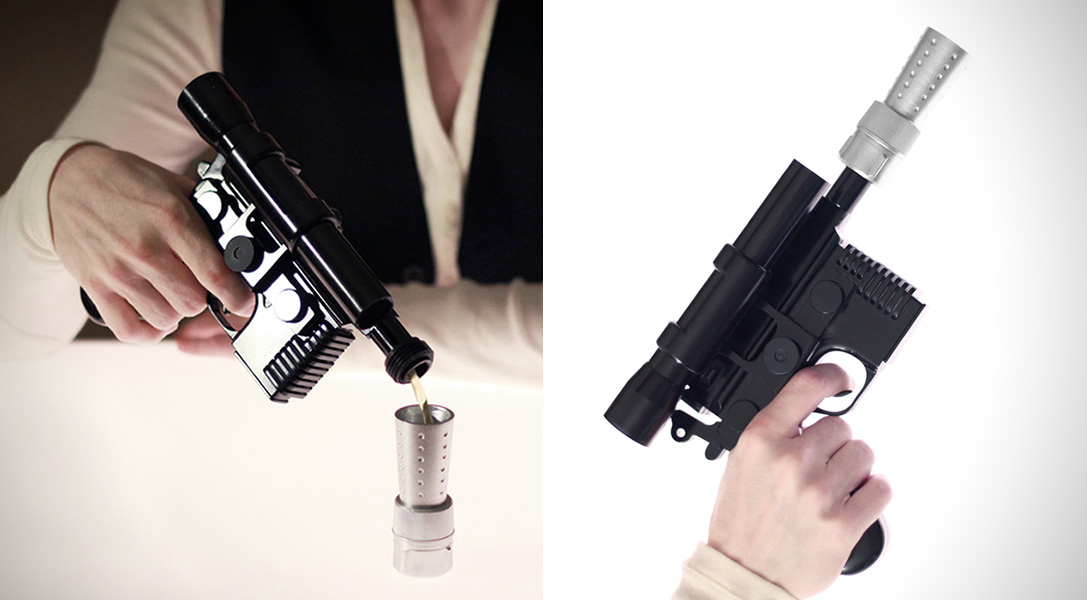 Despite looking exactly like Han Solo’s trusty BlasTech Industries DL-44 heavy blaster pistol, it actually holds 4.4-ounces of your favorite beverage when you unscrew the silver barrel, which doubles as a 1.5-ounce shot glass. Unfortunately, IF Industries may have to remove the product from sale, since it’s not officially licensed, and not the kind of image Disney wants associated with the series. 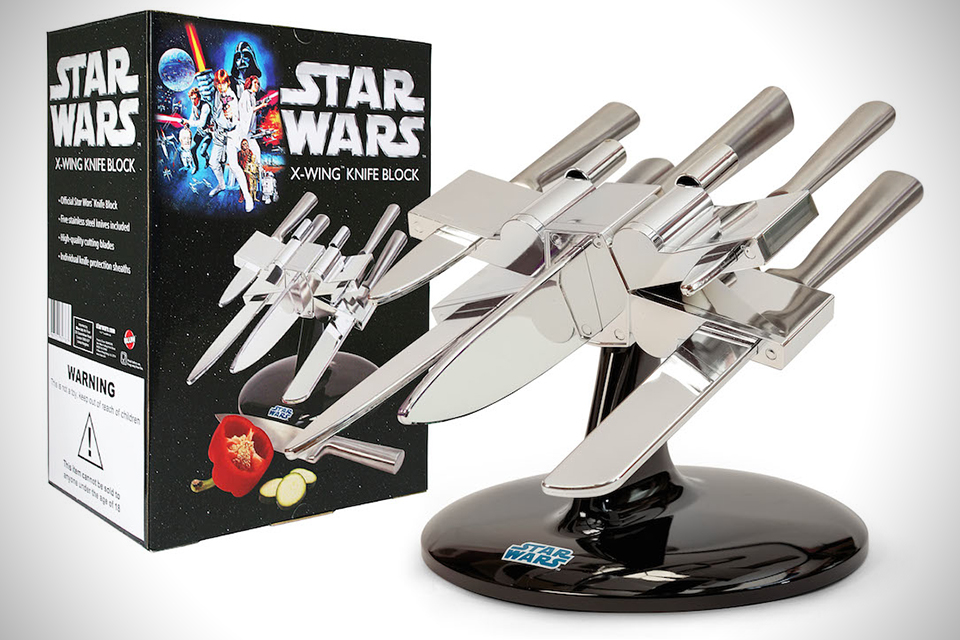 The Star Wars X-Wing Knife Block is exactly as it sounds, a 5-piece kitchen set designed to resemble the starfighter from the original movie trilogy. This officially licensed product boasts a chrome finish and five stainless steel knives, that when inserted into their respective slots, turn the boring kitchen item into something straight from the film. There’s a cook’s knife, bread knife, carving knife, utility knife, and a paring knife. 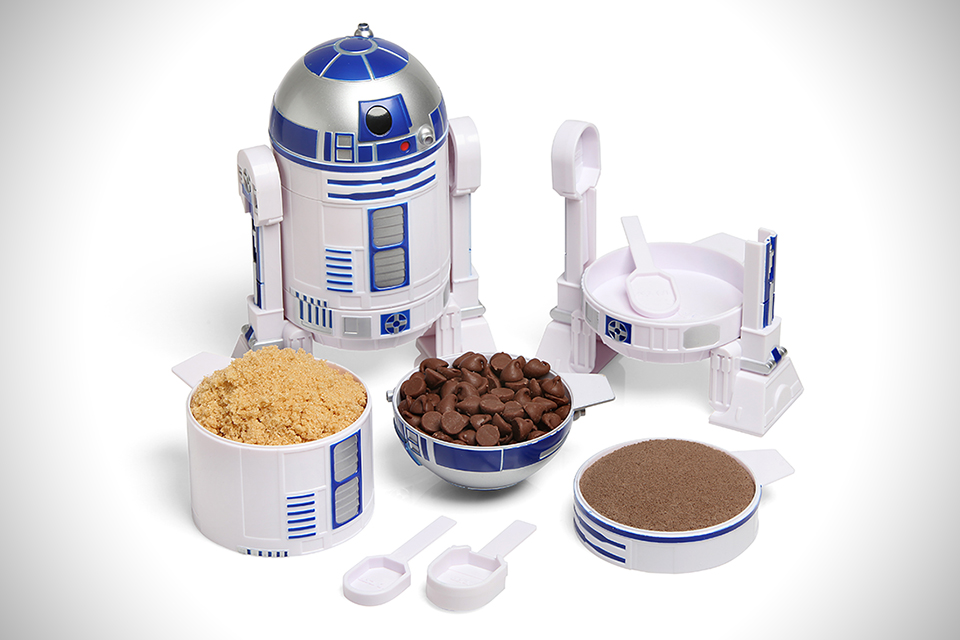 This R2-D2 Measuring Cup Set disassembles into 4 measuring cups plus 4 measuring spoons and reassembles in a snap – fortunately, it’s not as complicated as the C-3PO droid. Each has its measurement written inside so you can’t forget what they are and handles on the back that don’t distract from R2’s aesthetic. The only problem we can foresee with these is that if you show somebody else your R2-D2 Measuring Cups, you may have to install a restraining bolt to keep them from wandering off. 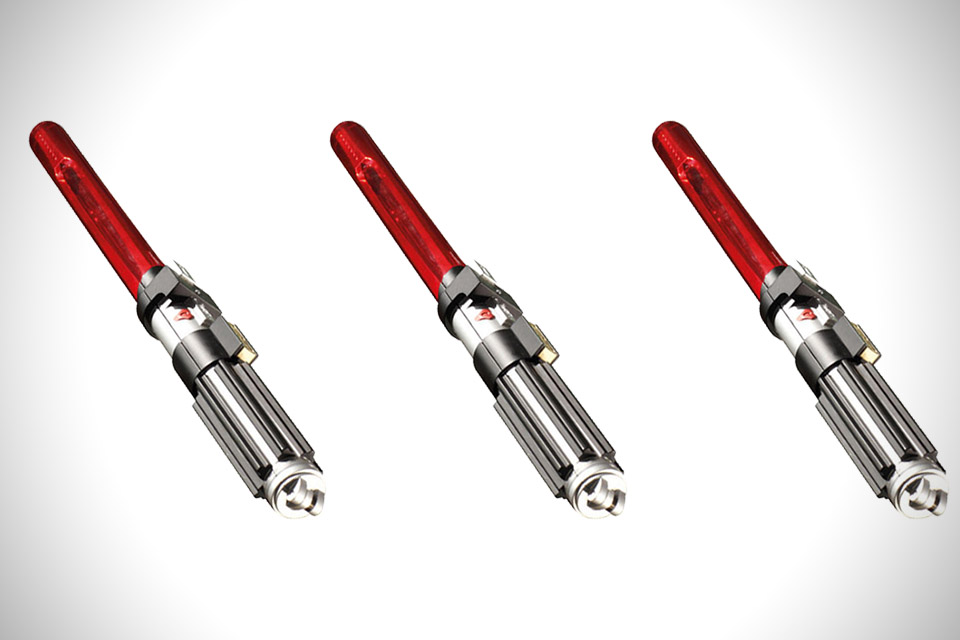 Star Wars Lightsaber BBQ Tongs may not be able to slice through anything, but they are most certainly a conversation piece, perfect for turning food to the Dark Side. They’re shaped just like Vader’s famous weapon, complete with authentic sound effects from the films, so you can rule the barbecue as well as the galaxy. Impressive. Most impressive.

Sphero’s BB-8 Droid whose movements and personality are as authentic as they are advanced. Guide the bot with a smartphone or tablet, as it recognizes and reacts to your voice. Holographic communication enable users to record and view virtual videos. The coolest feature? Autonomous behavior, which gives it a mind of its own, with attitude and actions that evolve as you interact.

I-Venstar Wireless Bluetooth 4.1 Speaker Has Ultra Bass, Doubles as Hands-Free Calling Device, Get One for Under $20