Rocket Lab has just unveiled plans for its Neutron rocket, an advanced 8-ton payload class launch vehicle designed for mega-constellation deployment, interplanetary missions and human spaceflight. It will build upon the success of its reliable workhorse Electron launch vehicle, which is being used to launch small satellites of up to 660-pounds. Neutron will transform space access for satellite constellations as well as provide a dependable, high-flight-rate dedicated launch solution for larger commercial and government payloads. Read more for a video and additional information.

The Neutron rocket consists of a two-stage launch vehicle that stands 131-feet tall with a 14.7-foot diameter fairing and a lift capacity of up to 8 metric tons to low-Earth orbit, 2-metric-tons to the Moon, and 1.5-metric-tons to Mars and Venus. It features a reusable first stage designed to land on an ocean platform, allowing for a high launch cadence and decreased launch costs for customers. Originally designed for satellite payloads, Neutron will also be capable of International Space Station (ISS) resupply and human spaceflight missions. The first launch is expected to some time in 2024. 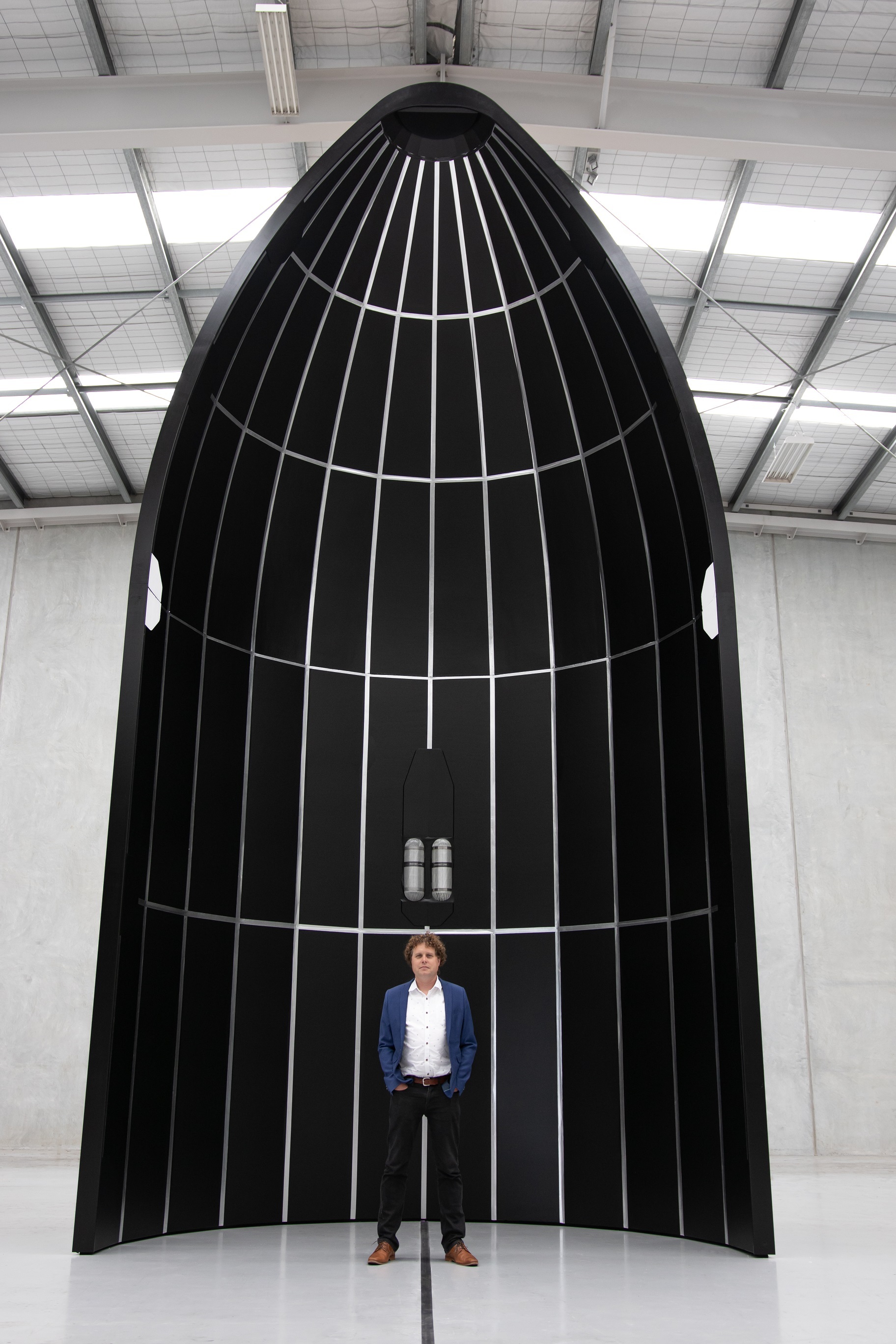 Rocket Lab solved small launch with Electron. Now we’re unlocking a new category with Neutron. We’ve listened to our customers and the message is clear – biggest doesn’t always mean best when it comes to constellation deployment. Efficiently building the mega constellations of the future requires launching multiple satellites in batches to different orbital planes. It’s a requirement that all too often sees large launch vehicles fly with payloads well below their full lift capacity, which is an incredibly expensive and inefficient way to build out a satellite constellation,” said Peter Beck, Rocket Lab founder and CEO.