DJI’s FPV Combo is all-new and seamlessly combines the first-person view as well as the high-speed performance of racing drones, the cinematic camera sweep of traditional drones, and an innovative single-handed motion controller. That’s right, the latter enables pilots to control the drone with just hand movements. Product page. Read more for two videos, including a hands-on review, and additional information.

The system consists of the drone, goggles, a dedicated remote controller, and a new motion controller option that steers the drone based on the movement of your hand. The drone itself features high-performance motors for incredible speeds, an intuitive user interface and the newest safety features. What sets this apart from other drones is the FPV system, which lets pilots see from the drone’s perspective in low-latency high definition thanks to O3, the third iteration of DJI’s proprietary OcuSync technology. If you love speed, the new racing motors allow it to hit 62 mph in just 2-seconds and top out at 87 mph. 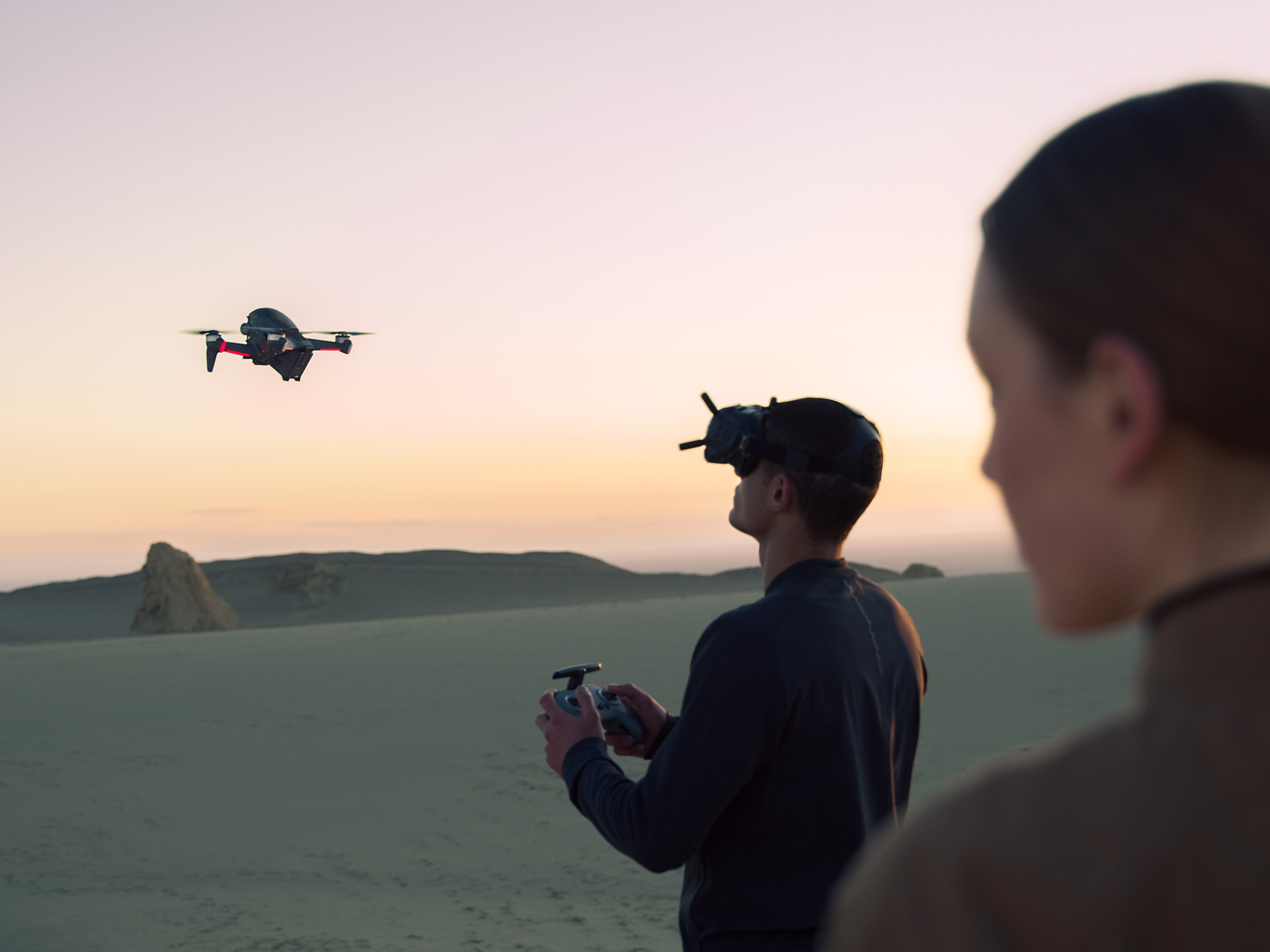 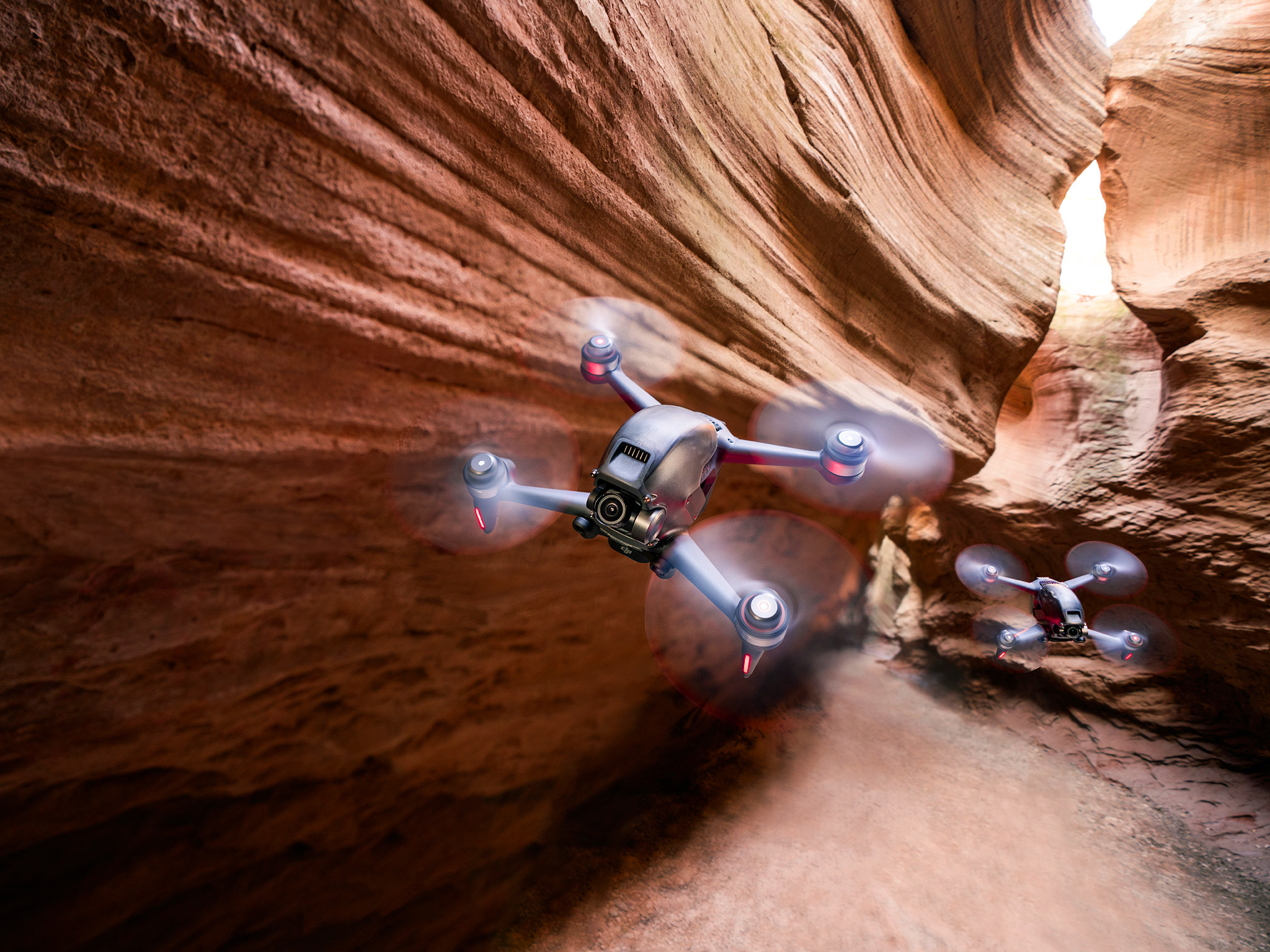 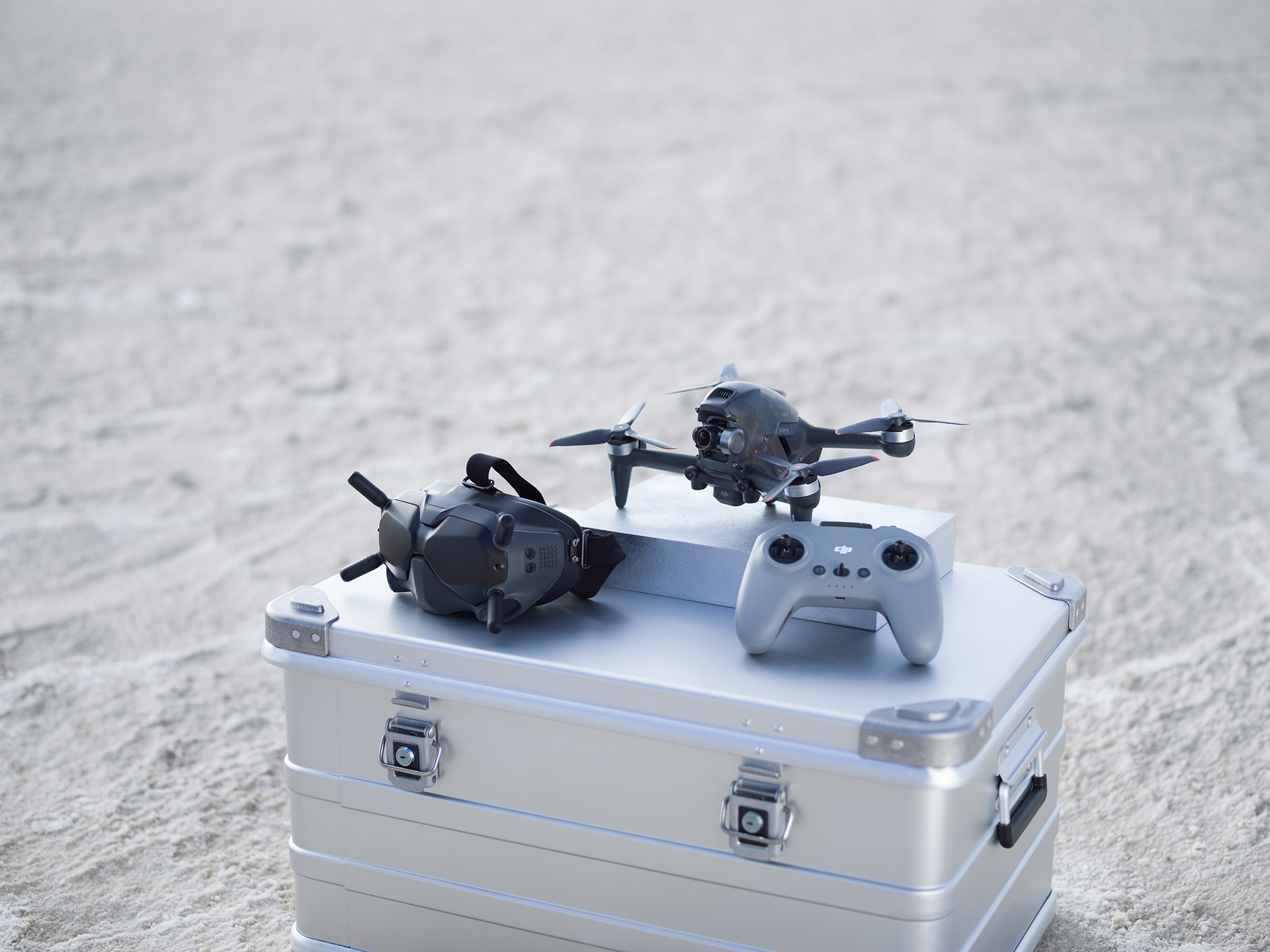 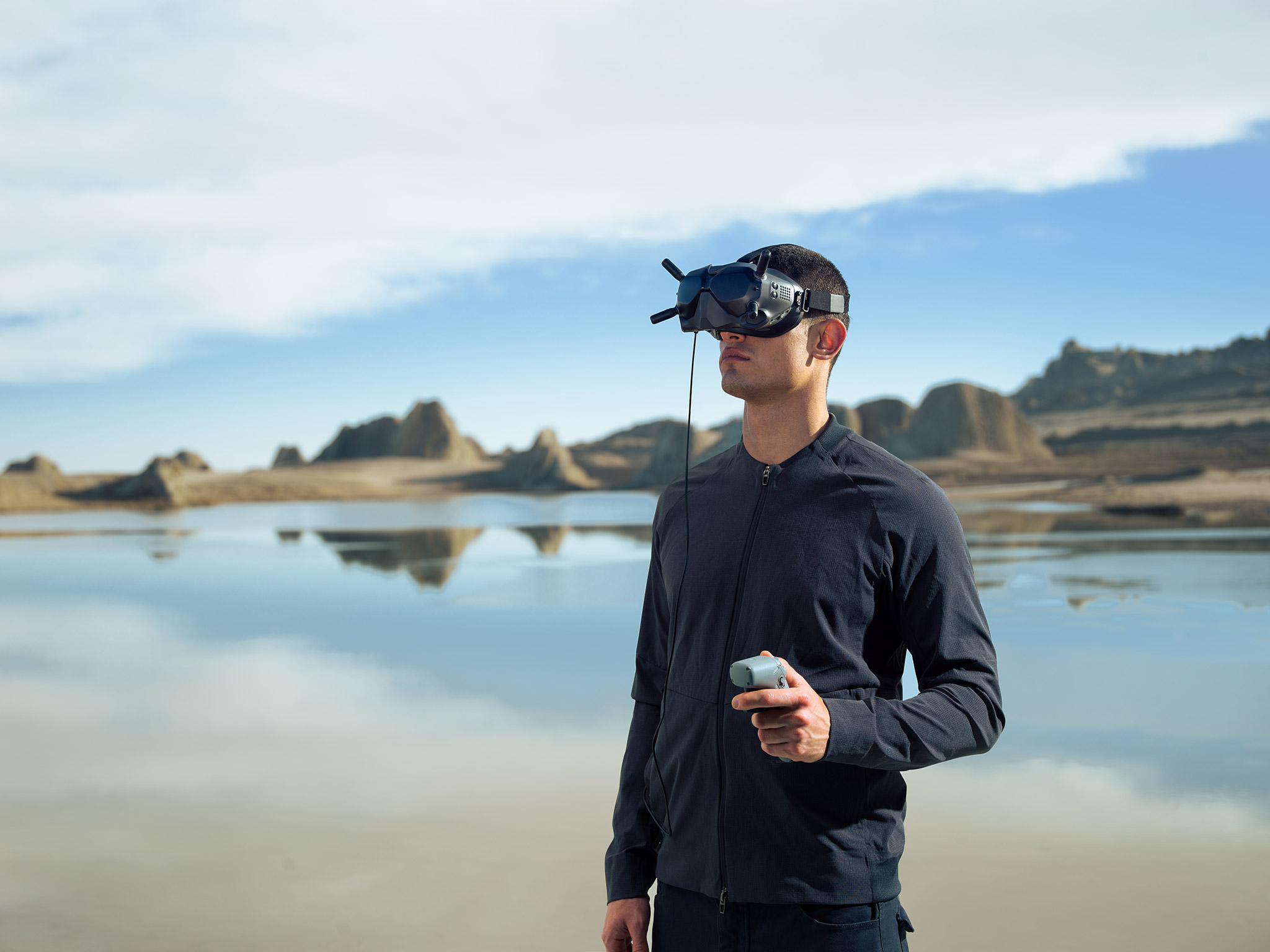 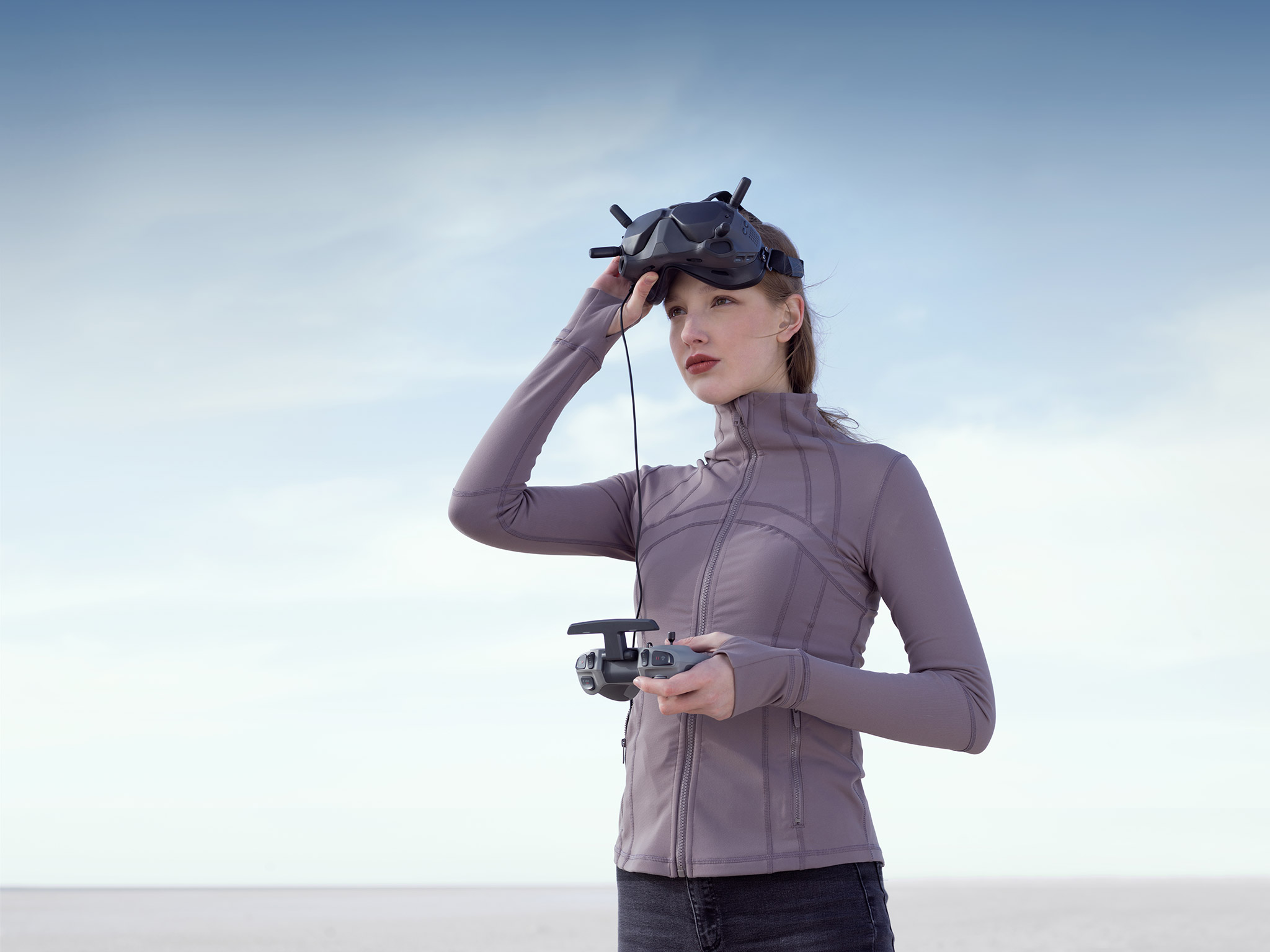 DJI has been redefining what drones can do since our company began in 2006, and as we celebrate our 15-year anniversary this year, we honor that heritage of innovation by redefining what drone flight can be with DJI FPV. Right out of the box, DJI FPV combines the best available technology for a hybrid drone like no other. It can fly like a racer, hover like a traditional drone, accelerate like a homebuilt project and stop faster than any of them. DJI FPV lets the world experience the absolute thrill of immersive drone flight without being intimidated by the technology or spending hours building a system from scratch,” said said Ferdinand Wolf, Creative Director, DJI Europe.