Photo credit: Trusted Reviews
Royole debuted the world’s first commercial foldable smartphone with a flexible display, FlexPai, a combination of smartphone and tablet on October 31, 2018 in Beijing. Now, the company has brought this device to CES 2019 in Las Vegas. It can be used either folded or unfolded, giving it the portability of a smartphone plus the screen size of a high-definition tablet. Featuring a second generation 7.8-inch AMOLED Cicada Wing fully flexible display that can be bent freely from 0 to 180 degrees and supports more than 200,000 bends. It’s powered by Qualcomm’s latest Snapdragon 8-series flagship SoC, integrating their 7nm process SoC, the most powerful AI and upgradable to support 5G. Other features include: a 20-megapixel telephoto lens and a 16-megapixel wide-angle lens dual rear camera setup, up to 8GB of RAM, 256GB of internal storage as well as Ro-Charge fast charging technology, which delivers a speed increase of 40%. Read more for another hands-on video, pictures and additional information.

Unfortunately, there is no mechanism to lock the display when unfolded, so that slight bend along its hinge may hinder your activities. Android 9.0 Pie is also not designed for split-screen use, so if you have an app open on only half of the screen and decide to flip the device over, it will not automatically transfer to the other side. 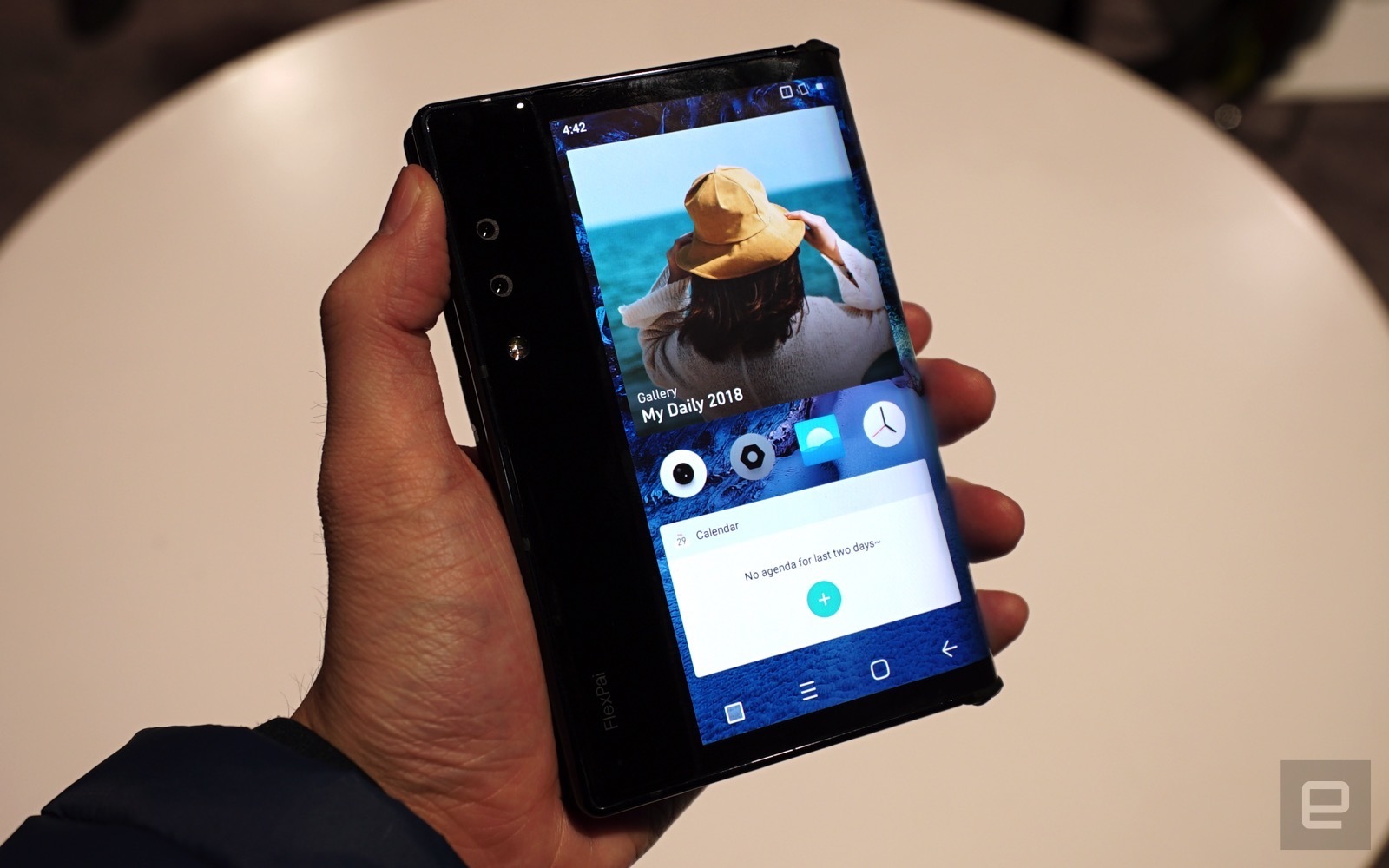 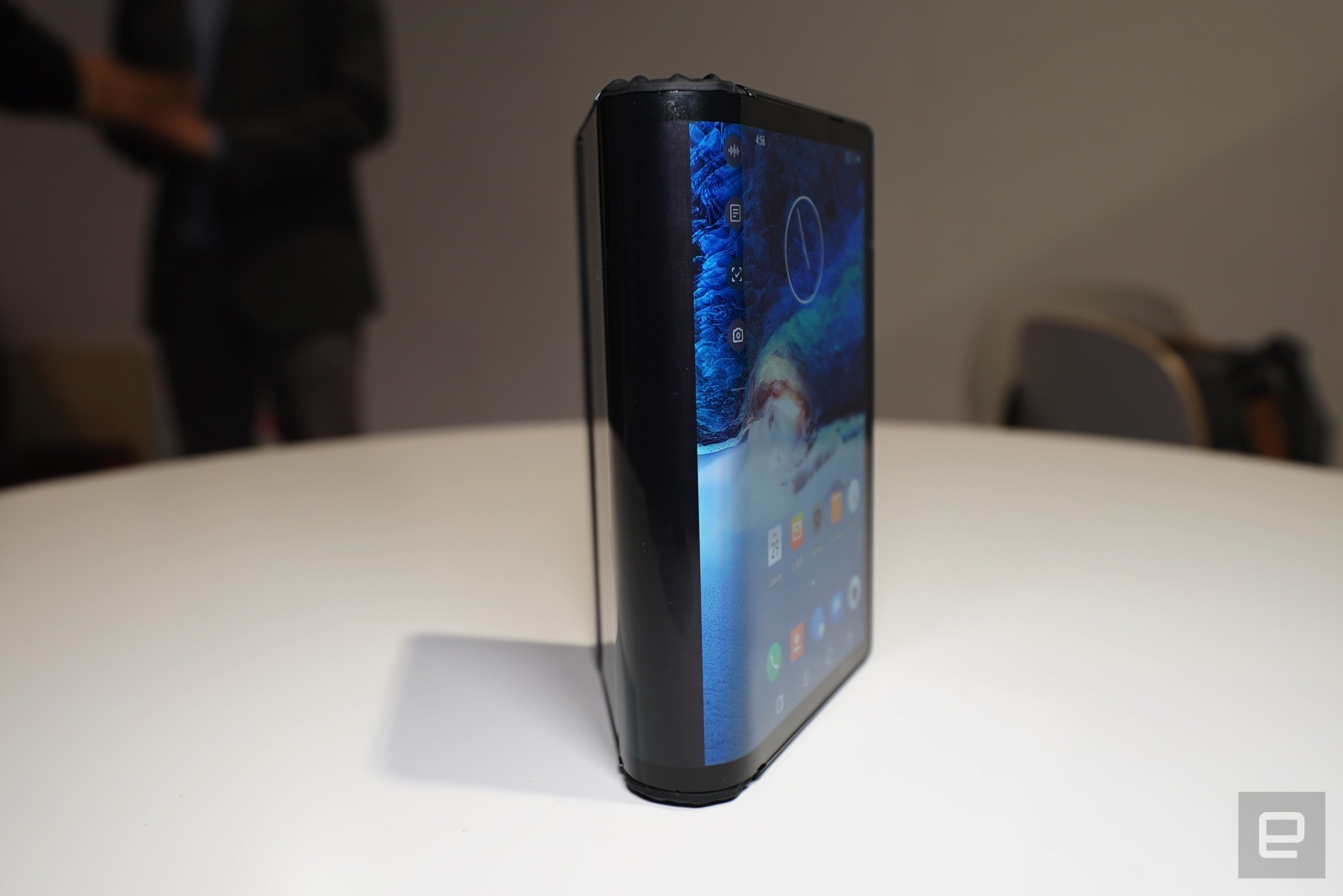 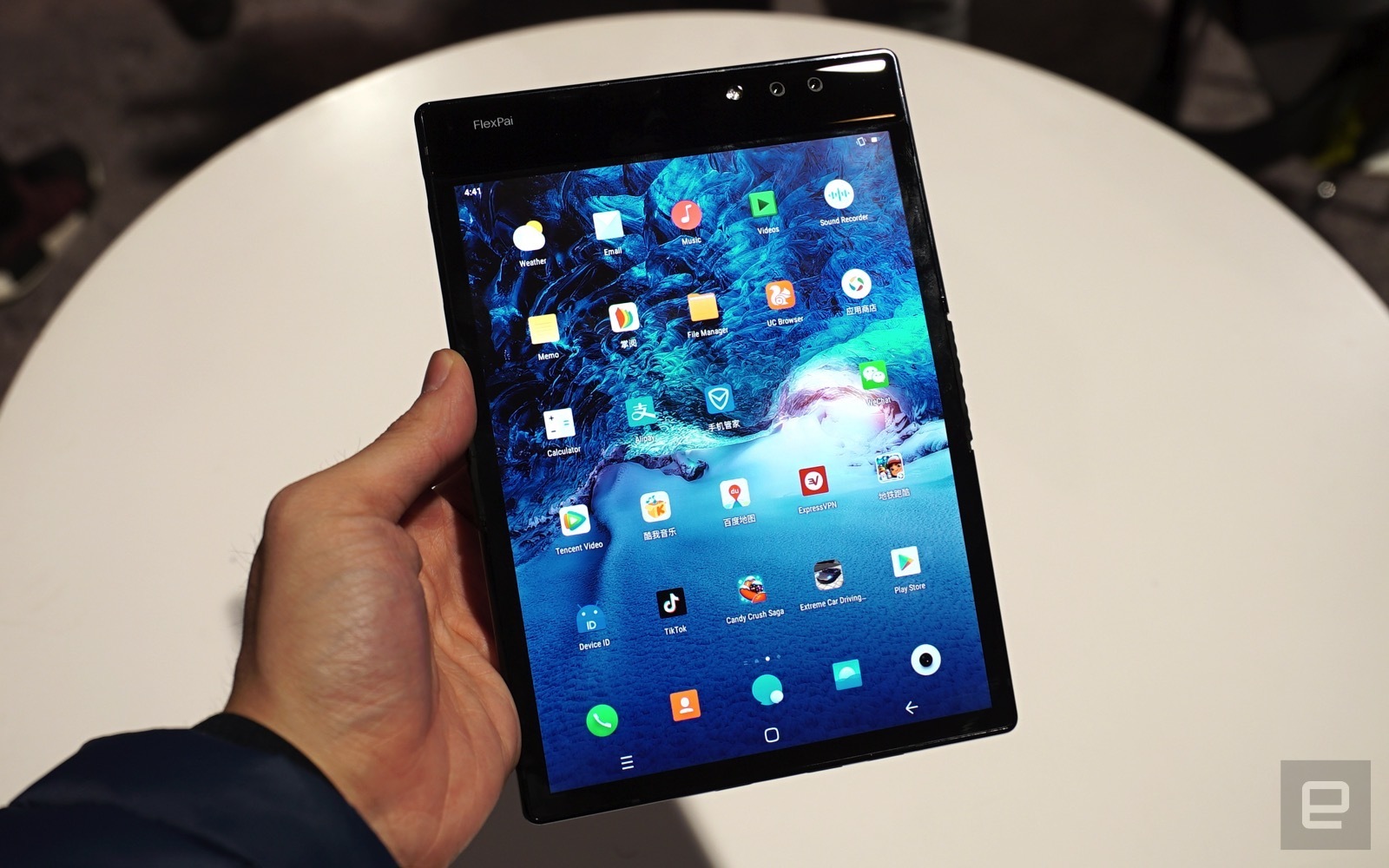 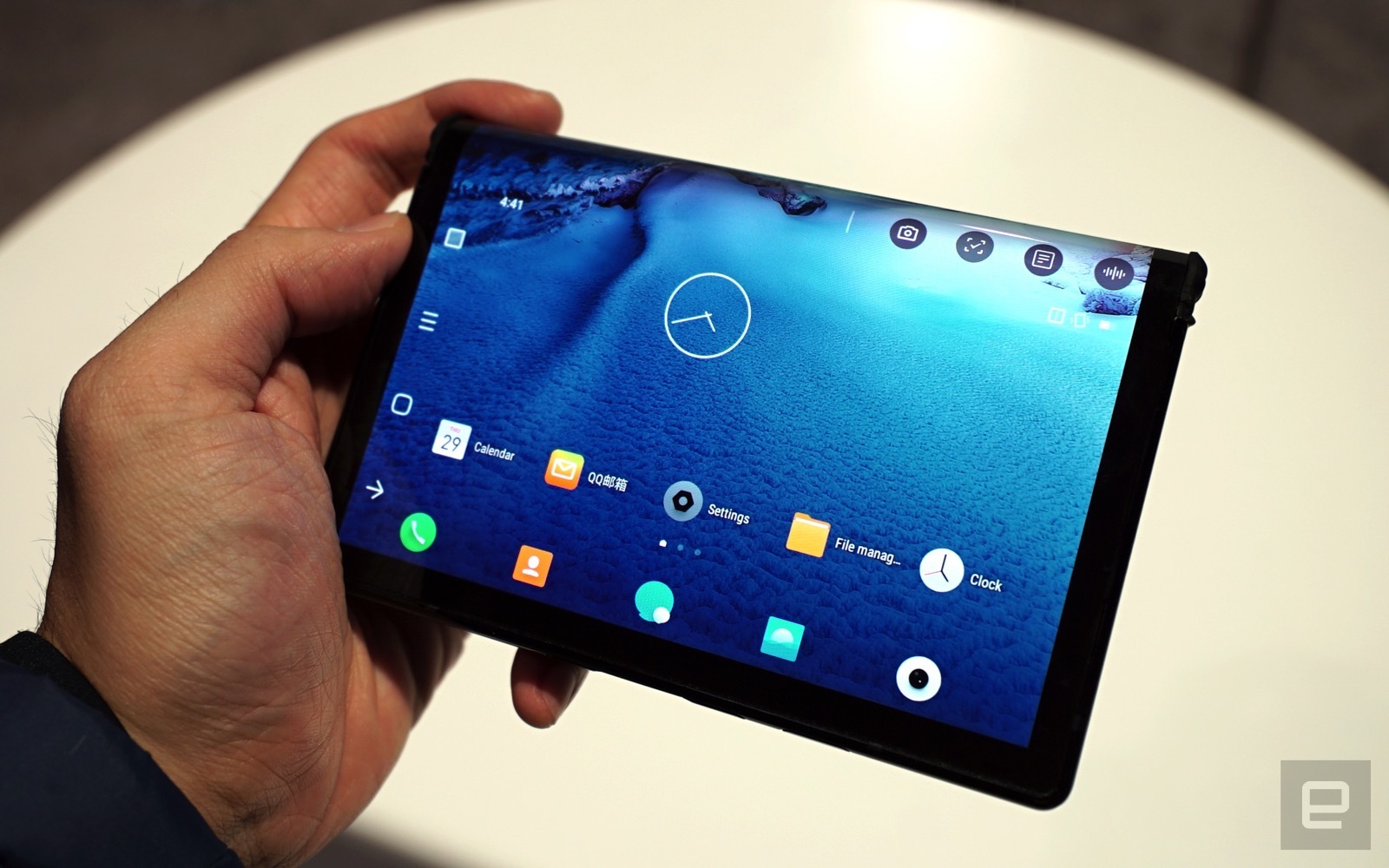 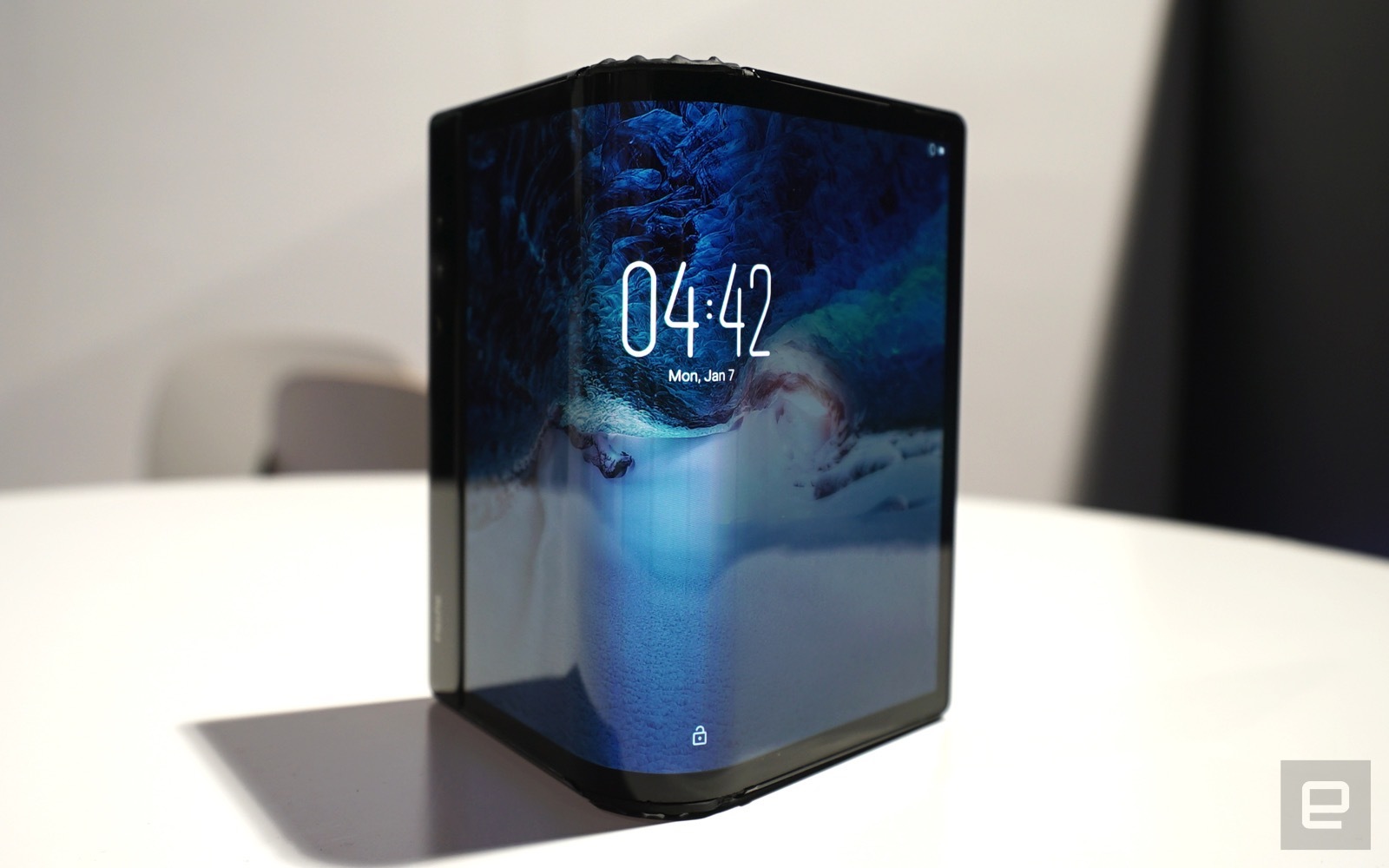 “Google is working to build foldable device support into Android, a move that could fix some of the company’s biggest software and compatibility issues. And if nothing else, [CEO Bill] Liu hasn’t ruled out the idea of just supplying foldable screens to other smartphone makers,” according to Engadget.