Photo credit: Heritage Auctions
With collectibles increasing in value recently, it was no surprise that some video games are also following the trend, like this Wata 9.6 A+ graded, sealed [Hangtab, 1 Code, Mid-Production] Super Mario Bros. NES Nintendo cartridge that fetched $660,000 at auction. Apparently, this is the finest plastic-sealed copy with a perforated cardboard hangtab that Heritage Auctions has offered of any NES black box title, while also being the oldest sealed copy of Super Mario Bros. they’ve offered yet. Read more for another picture and additional information. 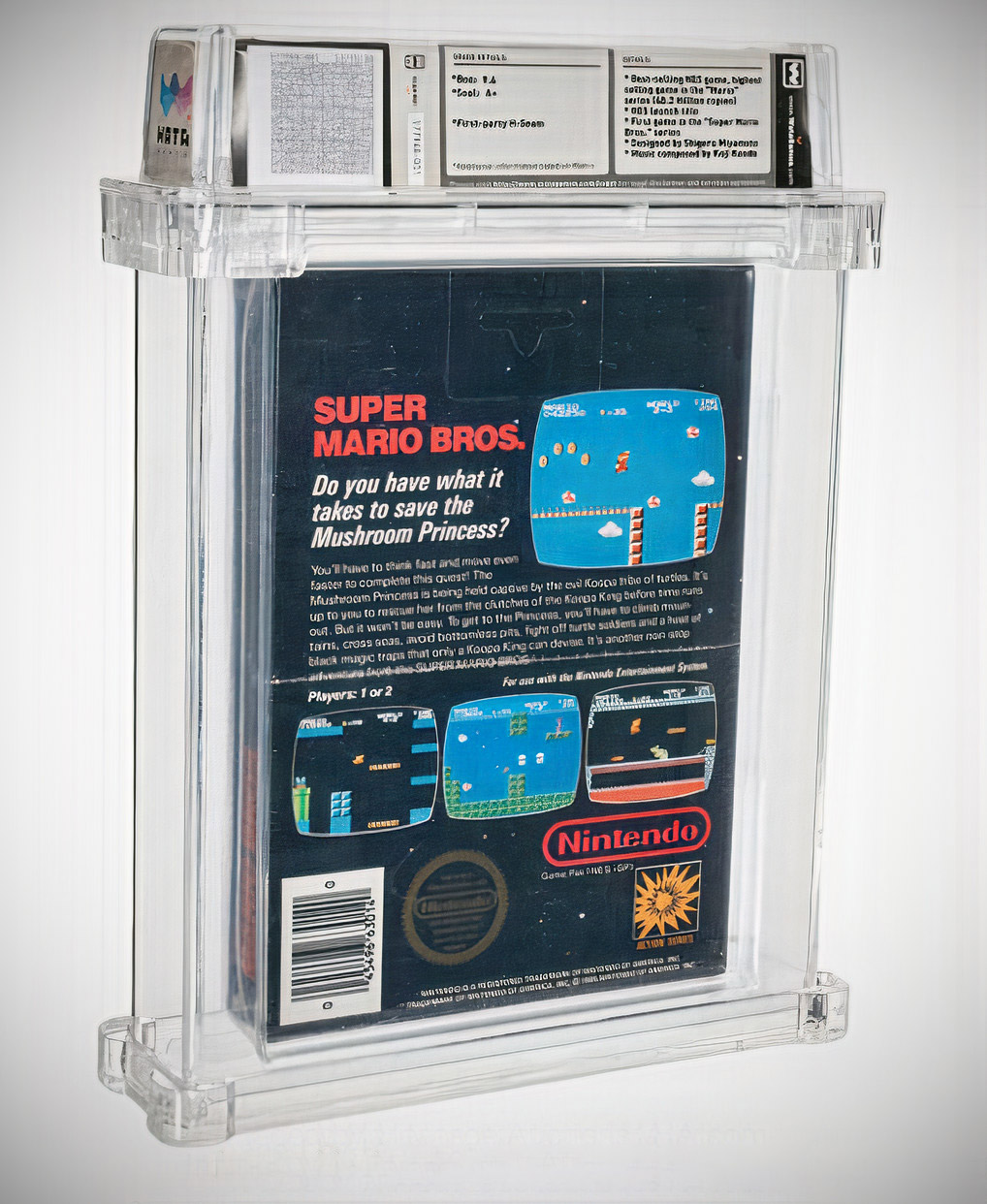 It’s just the fourth version of Super Mario Bros. ever produced, and had an extremely short production window. Just how short? Well, considering this hit stores in 1985, the nationwide release for the console came in mid to late 1986, and black box games distributed for that release did not even have the “Game Pak NES-GP” code. This particular example was reportedly purchased as a Christmas gift in 1985 and then left untouched in a drawer for over 35-years.

As soon as this copy of Super Mario Bros. arrived at Heritage, we knew the market would find it just as sensational as we did. It’s worth mentioning that Nintendo managed to add the trademark symbol to the Nintendo Entertainment System on their game boxes by the beginning of 1987. That certainly doesn’t leave much time at all for this variant to be produced in-between the two!,” according to Heritage Auctions. If Tesla Made a Cybertruck Computer Mouse, It Would Look Like the Satechi Cybermouse