Never heard of Sonic Kart 3DX? That’s probably because it was released on Sonic Cafe, SEGA’s mobile phone game service in Japan, during 2005. To be more specific, users of NTT DoCoMo’s i-appli phones were able to pay around $3 USD per month for access to the entire library of games, which in addition to Sonic Kart 3DX, included such titles as Sonic Golf, Sonic Billiards, Sonic Bowling and even Sonic Tennis. Read more for some rarely seen gameplay footage.

Put simply, it’s a more basic version of Sonic Drift where players raced against each other in the S1 Grand Prix mode via network connectivity on Sonic Cafe. When you’re tired of being pitted against each other, players can also race against the best times on the network in a Time Attack mode. High scores were uploaded to the Cafe for others players to see and race against. 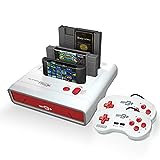