It’s official, Shaun the Sheep is set to become the first ESA astronaut to fly on NASA’s Artemis 1 lunar mission. This space-trained sheep will be aboard the first flight of NASA’s Orion spacecraft with an ESA European Service Module, both of which are planned to go around the Moon and back. 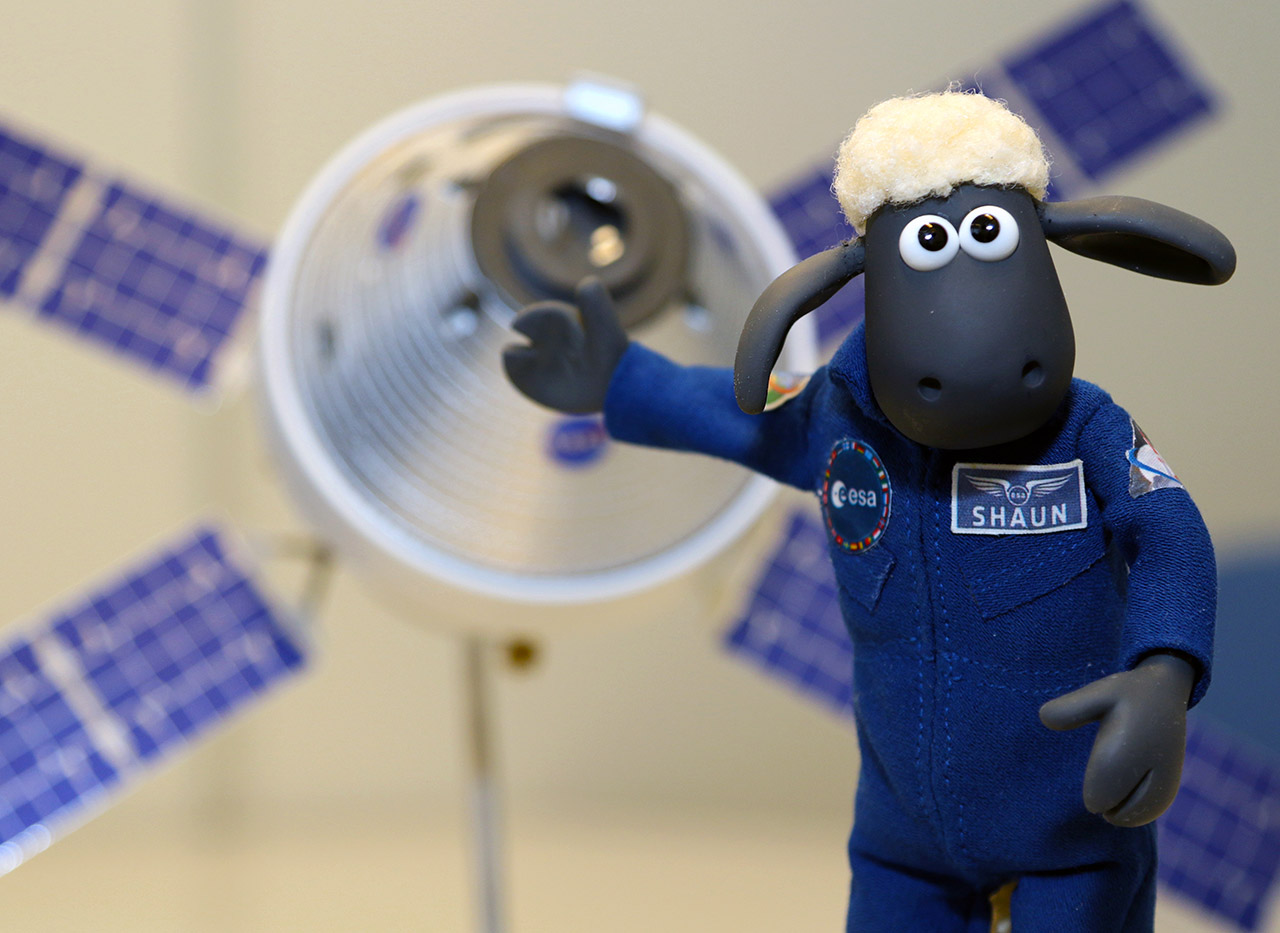 Orion and the ESA Service Module will be launched by the Space Launch System from the Kennedy Space Center in Florida, USA. It will then enter a low-Earth orbit before the rocket’s upper stage fires to take it into a translunar orbit. The module is scheduled to perform a Moon flyby using lunar gravity to gain speed and propel itself 70,000 km beyond the celestial body, nearly half a million kilometers from Earth, further than any sheep has traveled yet. Who knows? Shaun the Sheep may even be outfitted with a lunar backpack on future missions.

Shaun’s mission assignment rounds off the first phase for the latest members of our astronaut corps, with Italian ESA astronaut Samantha Cristoforetti currently on the International Space Station on her second spaceflight, Danish ESA astronaut Andreas Mogensen named for his second flight and before we introduce our new astronauts from the 2021 call for selection later this year. This is an exciting time for Shaun and for us at ESA. We’re woolly very happy that he’s been selected for the mission and we understand that, although it might be a small step for a human, it’s a giant leap for lambkind,” said Dr David Parker, ESA’s Director for Human and Robotic Exploration.