We have seen the future of smartphone cameras, and they’ll use Sony’s all-new IMX586 CMOS sensor, the first with the capability to capture 48-megapixel photos, thanks to an ultra-small pixel size of just 0.8μm, which enables this pixel density on a 1/2-inch sensor. It also captures 4K video footage at 30fps, 480fps high-speed recording at 1080p, phase-detect autofocus, and HDR imaging. “These days, high-end smartphone models require even greater imaging quality from their cameras. The new Sony sensor features 48 effective megapixels, a pixel count which rivals that of high-performance SLR cameras, making it possible to capture beautiful, high-resolution images even with a smartphone” said a company representative. continue reading for a few sample photos and more information. 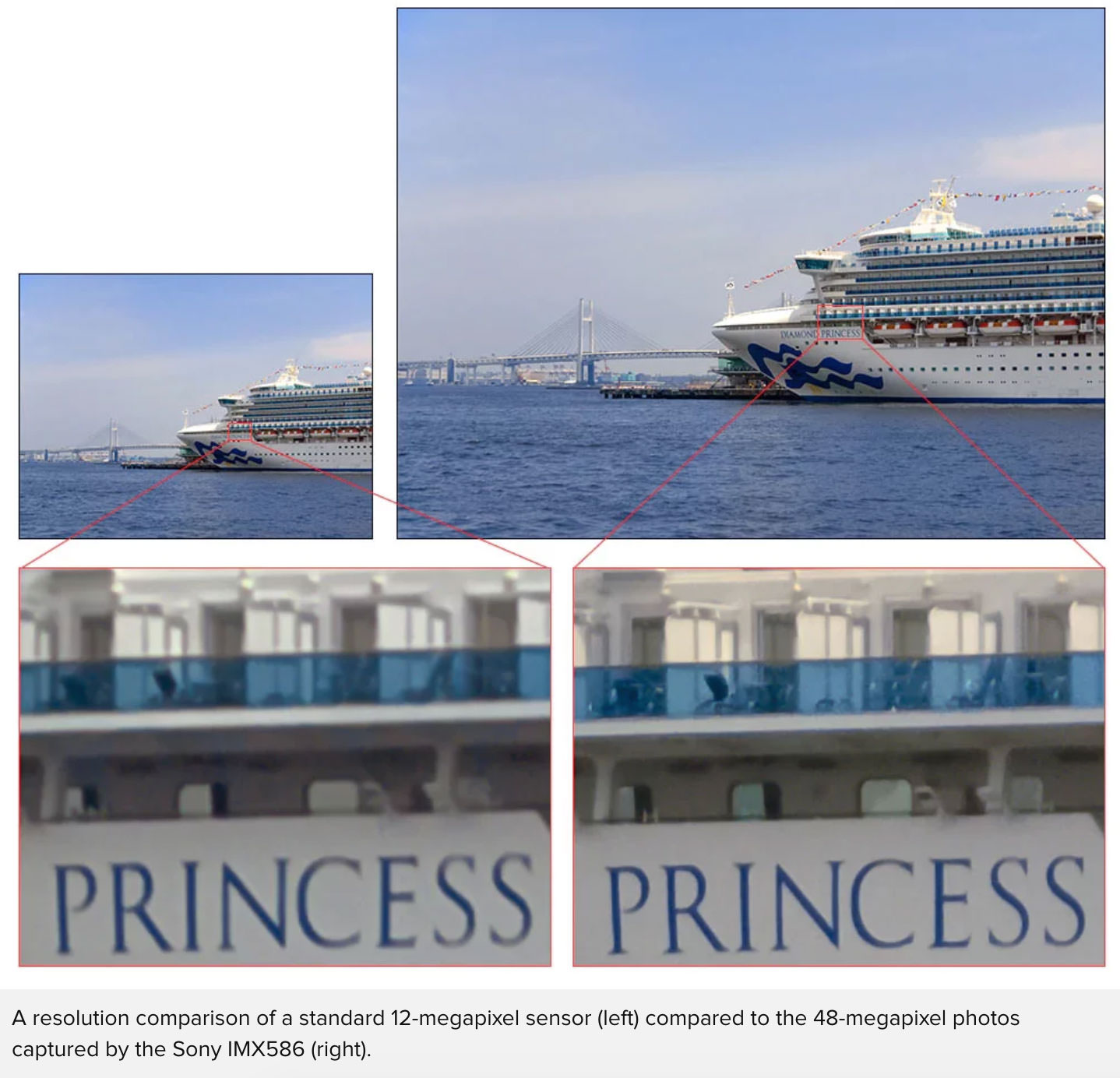 “The Sony IMX586, as it’s called, has an interesting design feature that allows it to shoot both high-quality, lower-resolution, low-light photos as well as high-quality, higher-resolution, standard photos. The sensor features a Quad Bayer color filter array in which every 2×2 square of pixels has the same filter color. When shooting in low light, the data from these 4-pixel grids are combined and interpreted as 1.6μm pixels with double the size, allowing bright, low-noise 12-megapixel photos to be captured. But when shooting in bright scenes (e.g. daytime outdoors), a signal processing function is used to do an array conversion that allows the individual tiny pixels to be used for an ultra-high-res 48-megapixel photo,” reports Peta Pixel.

Evo GoCam is a Smartphone Case That Doubles as a Detachable, Wireless Camera