The SpaceX Starship is designed to safely transport 100 people or 150 tons of cargo, all powered by a Raptor engine that uses liquid oxygen and methane as its fuel. So far, prototypes have flew 500 feet in the air, and its latest iteration aims to hit 50,000-feet. Within the next few years, SpaceX is planning a crewed mission to Mars, eventually establishing a city on the planet by 2050. However, before we reach the Red Planet, multiple Starships will be used for lunar missions. Read more for a video showing how the Starship’s airlock could work.

Among the multiple Starships, one would sit in low-Earth orbit as a propellant storage ship, supplied by tanker Starships, while a second, designed for humans, would fly to the propellant storage and refuel before contuning to the Moon. The Starship itself boasts a spacious cabin and two airlocks for astronauts to explore the lunar surface. 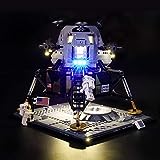