Designed by architect Randall Stofft, this custom-built mansion that spans 20,000-square-feet, complete with a Star Trek-inspired wing is on the market for a hefty $29.95 million. This nine-bedroom living space is owned by Marc Bell and includes rooms modeled after the popular science fiction TV series, including the bridge from the Starship Enterprise, which doubles as the home theater, and a full-scale Borg model. Other features include: a Call-of-Duty-modeled video game room, retro arcade, 16 bathrooms, a resort-style pool with waterfalls, wine room, gourmet kitchen, and a full basketball court. Continue reading to see more Star Trek creations that actually exist. 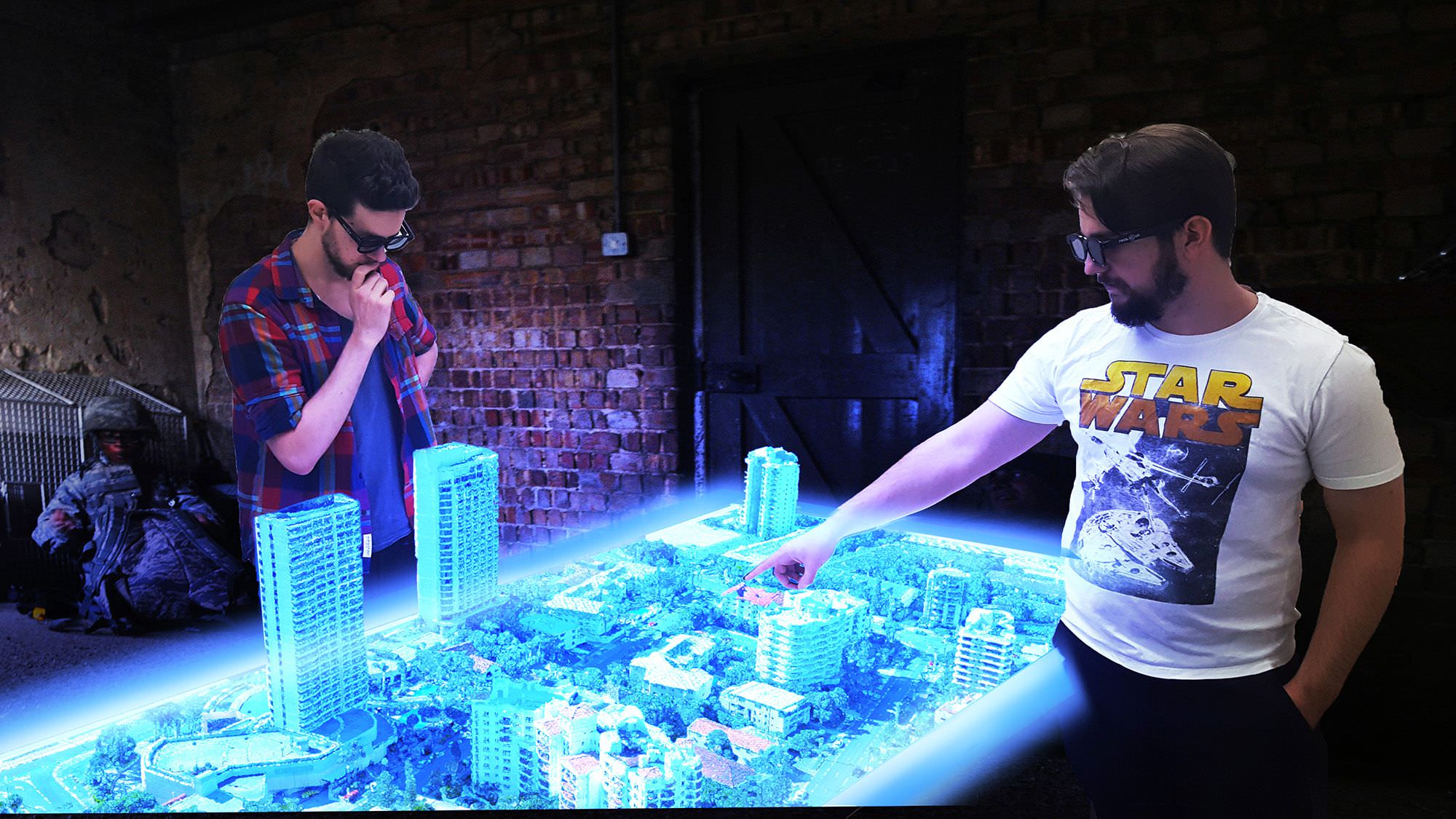 Think of the Hologram Table by Euclideon Holographics as a real-life Star Trek holodeck, as it tailors vision to each user through motion-tracking glasses. Holographic objects are then fully interactive and can be animated as well as zoomed in / out / moved around.With Euclideon’s unlimited detail software, you can interact with everything from hyper realistic sand, to an entire country while maintaining the same graphical resolution. 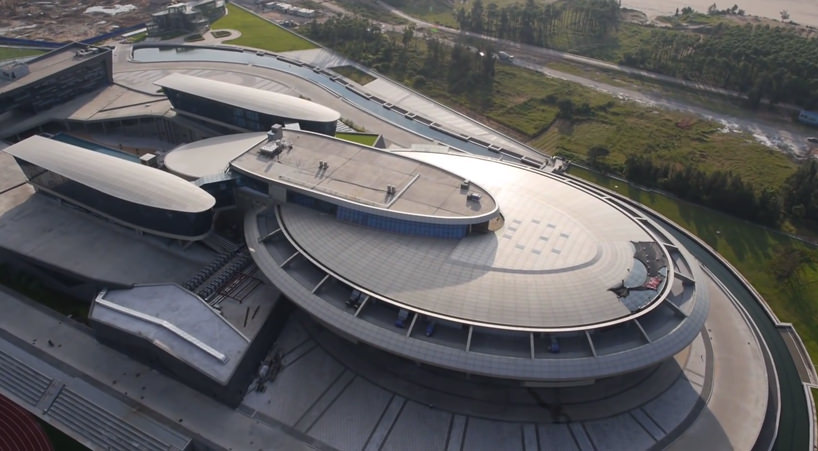 Situated in the coastal city of Changle in China’s Fujian Province, this office building has been modeled after the iconic Starship Enterprise. It was commissioned by Chinese technology executive and ultimate Star Trek fanatic Lui Deijian, and the building is currently the headquarters of game developers Netdragon. The 260 meter structure took approximately four years to build, with American TV station CBS approving the rights for the Chinese company to model their office after the USS Enterprise NCC-1701-E. 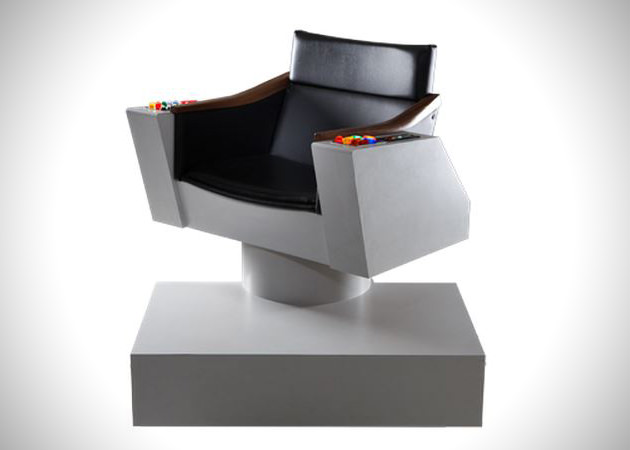 If you prefer Star Trek over Star Wars, this Captain Kirk Command Chair replica is a must have for your home. This handmade replica was made using heavy duty plywood using countless photographs from the original seat piece. It’s a 1:1 scale model chair, complete with laminated walnut wood arms that have been equipped with a replica button panel crafted from Formica to prevent scuffing and scratches. There are even flashing LED lights to really make you feel like you could go where no man has gone before. 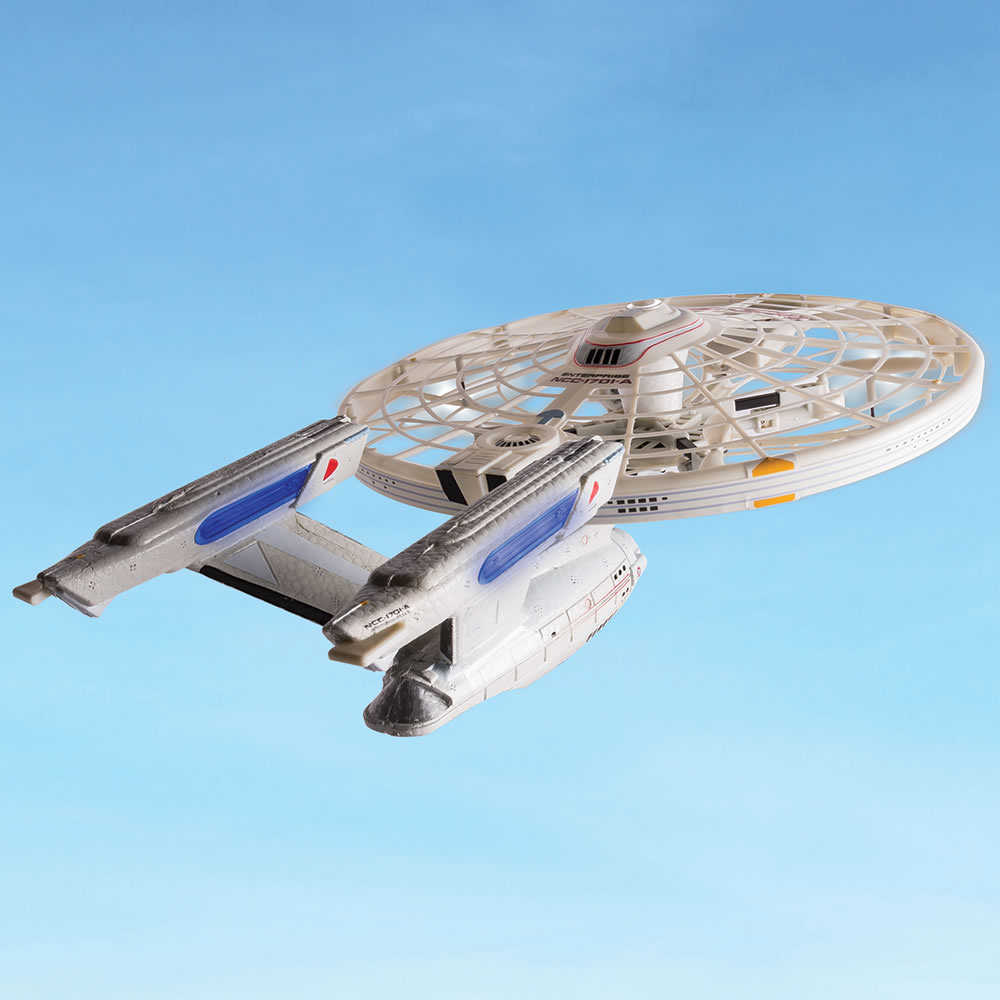 Air Hogs USS Enterprise Drone has four 3 1/2″ diameter propellers built into its iconic primary hull to provide backward, forward, up, down, or sideways movement. Providing superior flight stability, the quadcopter’s six-axis stabilization allow it to be tossed into the air and throttled up simultaneously. Its four-channel 2.4 GHz remote provides digital proportional control of rotor speed for flights from 200′ away. The quadcopter plays 10 sounds from the original television series (e.g. photon torpedoes and red alert) and its 10 LEDs replicate the ship’s hull and nacelles’ lights. Get one here now. 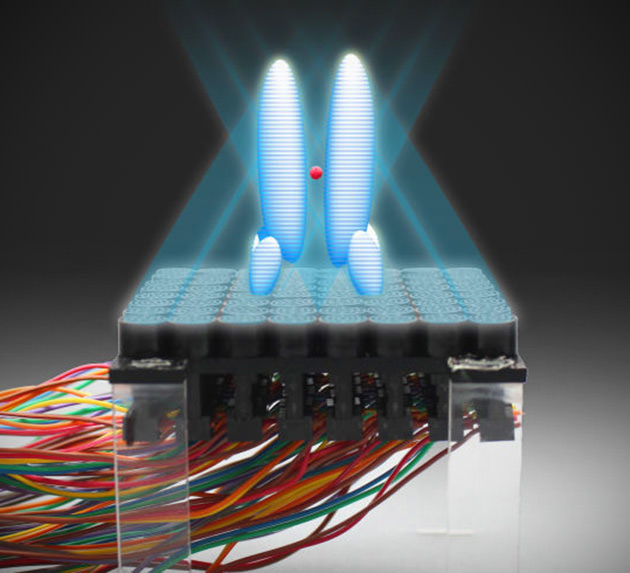 UK researchers have developed a sonic tractor beam that generates acoustic holograms via the manipulation of high-amplitude sound waves. These acoustic holograms, which can take various shapes, are capable of picking up and moving small objects, such as polystyrene beads. The system that uses an array of 64 tiny loudspeakers to generate high-pitched, high-intensity sound waves that act as a force field to hold an object in place. It then becomes possible to move or rotate the objects by controlling the output of the loudspeakers.