There’s the 3DS XL SNES Editoin, and then “The Envision”, a custom-built portable GameCube console by Jonathan Shine. Unlike its larger counterpart, this portable version ditches the spinning media in favor of an SD card loaded with various backups of games he already owns. The device measures in at approximately 1.375 by 6.5 by 4.125 inches and will run for 2 to 3 hours on a single charge, or just enough time for a short flight. Continue reading for more awesome custom-built portable GameCube consoles that you won’t find in stores. 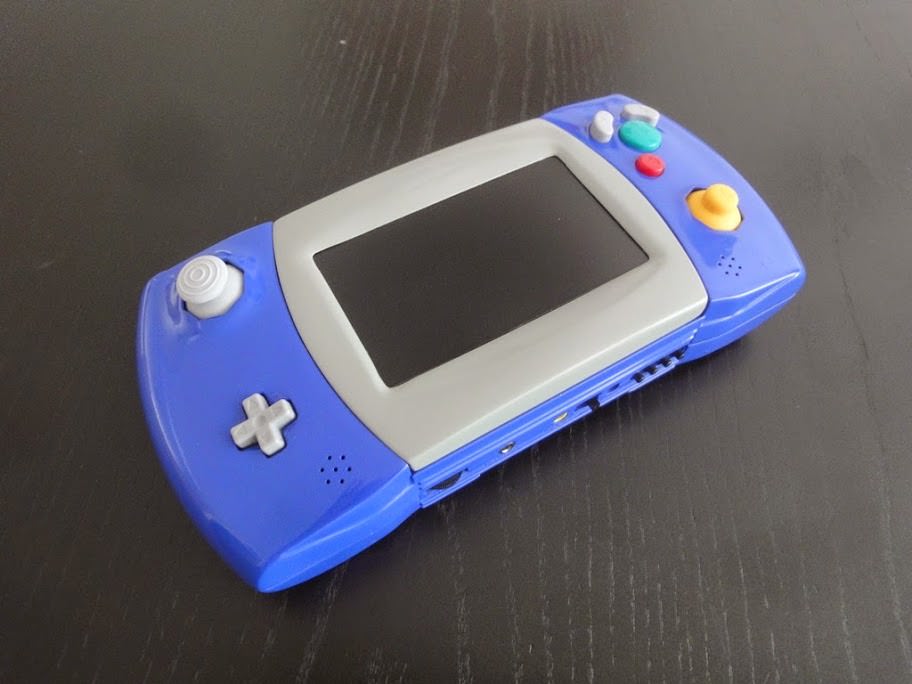 Remember the Atari Lynx? If not, this is probably what the portable game console would look like if Nintendo had released it. Simply put, it’s an Atari Lynx II-shaped GameCube that features all original Nintendo controls / sticks, full analog triggers (L and R buttons), a 4.3″ widescreen VGA (480 x 272) display, an original Nintendo Component video chip wired to produce VGA out, a shielded composite video wire to reduce interference, stereo speakers, a 6400 mAH battery good for 3 hours of gameplay, and a 128 MB memory card soldered directly onto the motherboard. 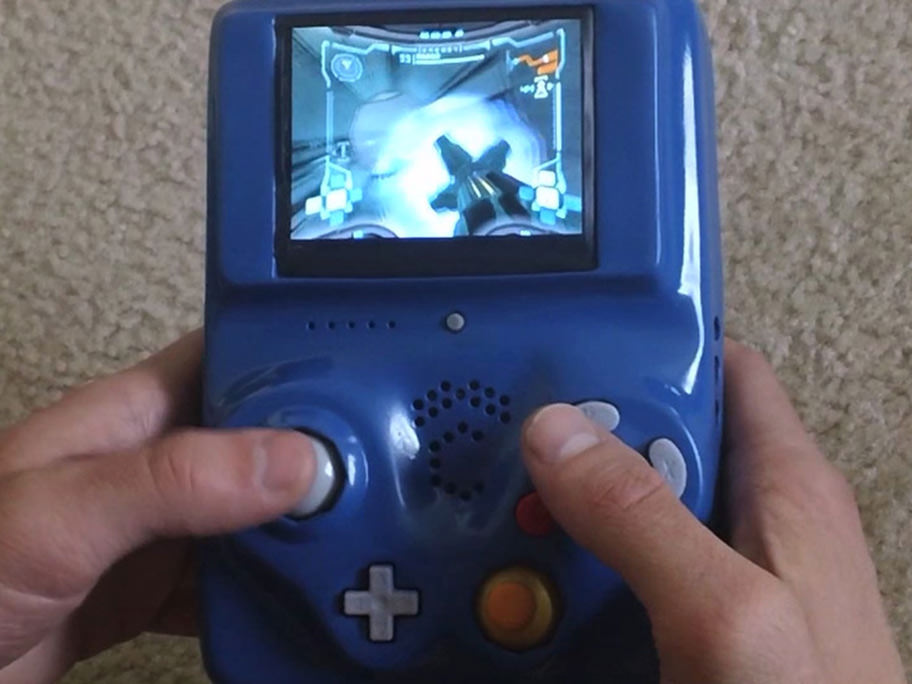 Called the “Ccube,” this custom console is essentially a semi-portable GameCube that requires only a power cord to run. It’s made from a stock Nintendo Gamecube and boasts a 3.5″ LCD display, a larger MadCatz controller, a modified Rev A/B motherboard, iPod speakers / amp, 3 micro fans, a relocated memory card slot A, and a headphone jack with detection. This entire project took 15-months from beginning to end to complete. 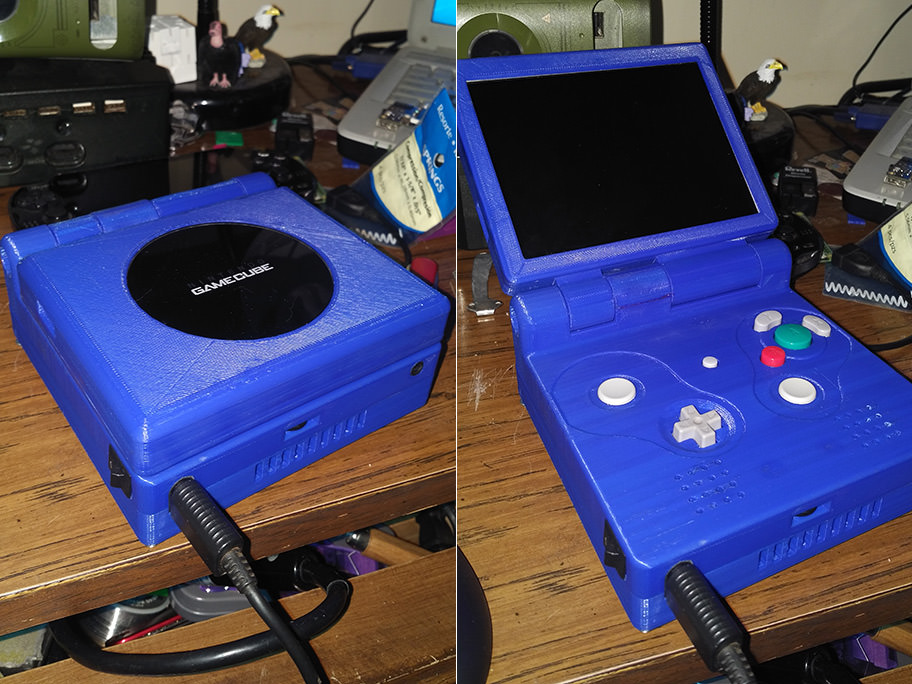 You can use 3D printers for many things, including fabricating a GameCube Advance SP. In other words, it’s a portable GameCube in a 3D-printed case “designed to hold a screen, WASP, GameCube controller board, buttons, memory card, speakers, amp, switching headphone jack, and a GC motherboard without any modification beyond soldering and desoldering. The VGA port on the side is for connecting a memory card to “Slot B” for game save transfers. Should be easy enough to replicate again and again provided one can get their hands on a WASP,” according to its creator. 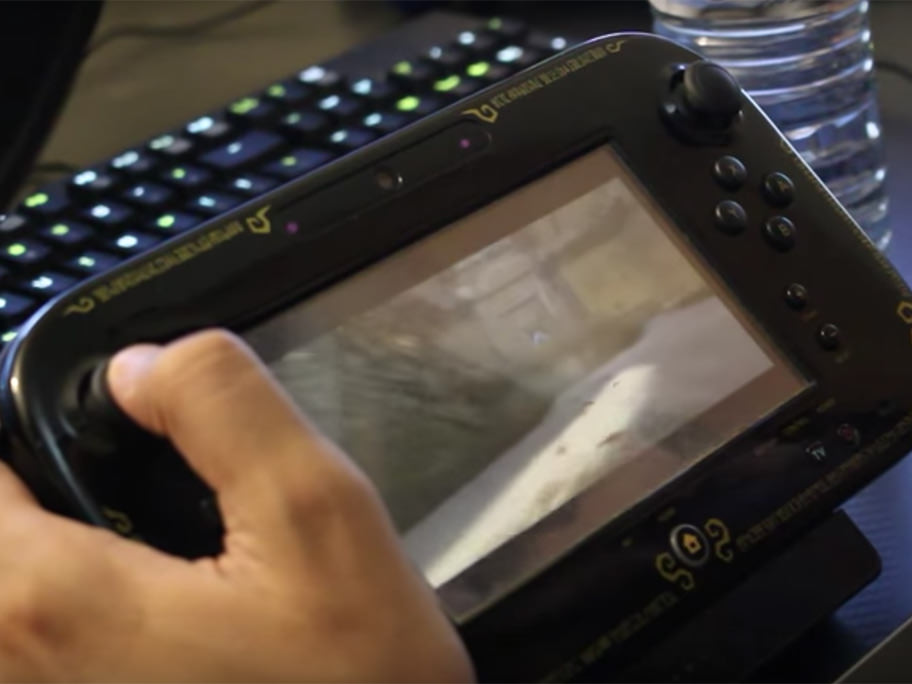 Unlike the other portable GameCube consoles you see here, this one is based on the Wii U. To be more specific, “SomeOrdinaryGamers” took an unmodified Wii U from stock firmware and transformed it into a Coldboot Haxchi powered Mocha Custom Firmware, which utilizes homebrew as a stepping off point, to run GameCube games. With this custom firmware, you’ll also be able to play all game discs / eShop games, play games for older systems with various emulators using RetroArch or other standalone emulators, and install homebrew titles to the system. 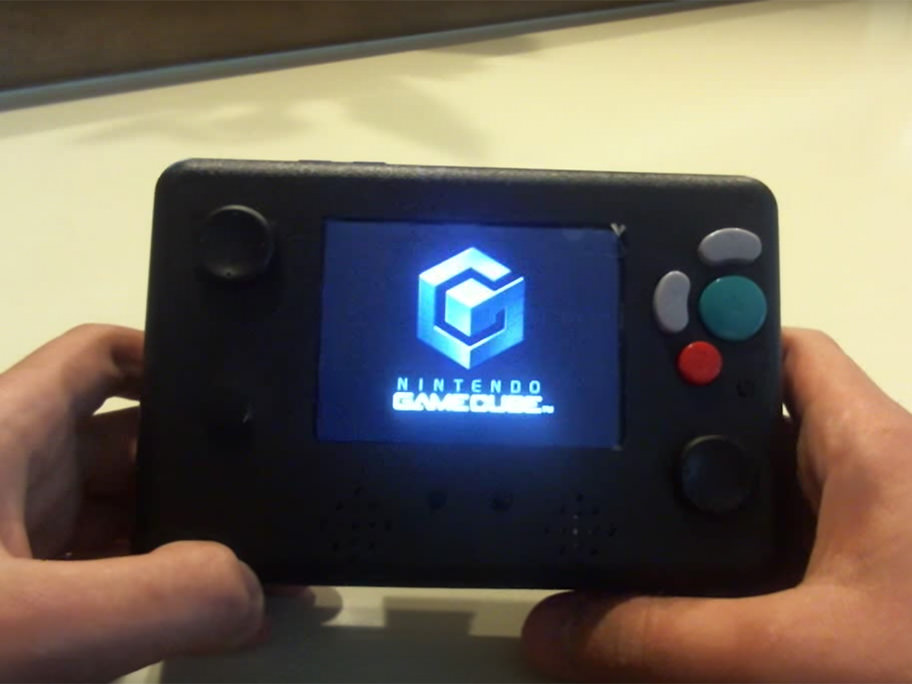 Since this was commissioned for someone, “GmanModz” did not release much information on this micro portable GameCube, but we do know it features stereo speakers, a charging port, L / R trigger buttons, an SD card slot for loading the games off of Wiikey Fusion, and even a built-in fan to keep the console cool. However, the coolest feature is a controller port that lets you plug in an additional gamepad for multiplayer action on-the-go.