Photo credit: Burned By Design
Star Wars fans already know that the Millennium Falcon is primarily commanded by smuggler Han Solo, along with Chewbacca, but some of the younger generation may not be aware that the ship was previously owned by gambler con-artist Lando Calrissian. What that said, Alex Dodson decided to turn this fictional starship into one of the coolest fire pits we’ve seen. Read more for a video, additional pictures and information. 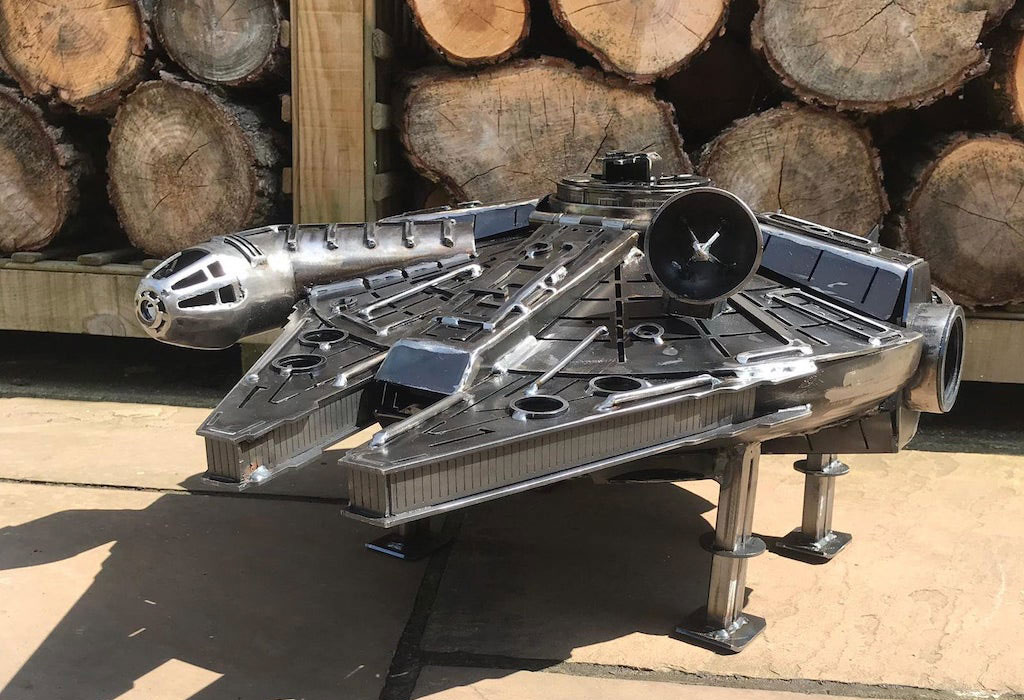 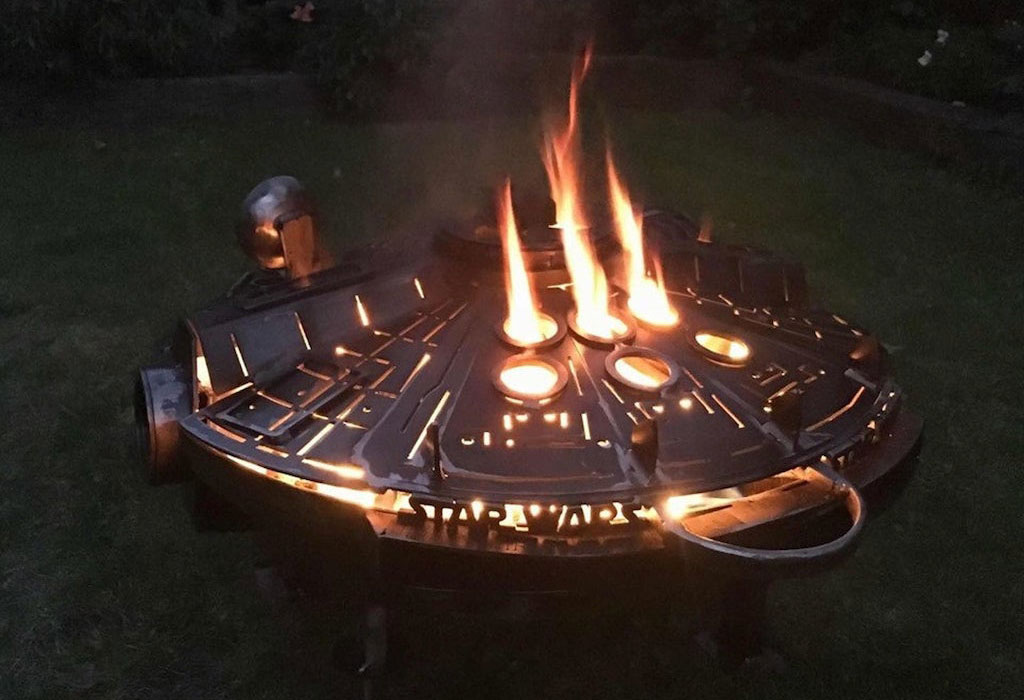 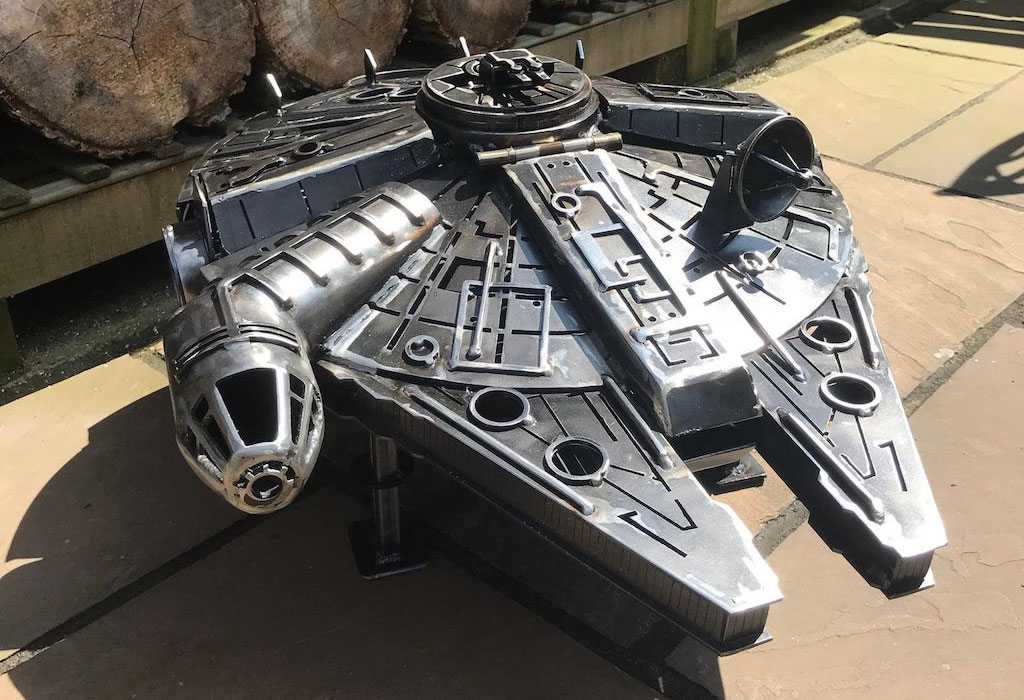 In the films, this starship is described as being one of the fastest vessels in the Star Wars canon, despite looking like a worn-out junker. It may have a shoddy exterior, but the Millennium Falcon has played a critical role in some of the greatest victories of the Rebel Alliance and the New Republic. This would apply to this fire pit as well, since it may not be the prettiest, but once lit up, it’s ready for battle.