Revealed at Anime Expo Lite this past weekend, the “Star Wars: Visions” anthology is set to be released on September 22nd for Disney+ subscribers. Seven of the top Japanese anime studios collaborated with Lucasfilm for the short films, each expressing their own rendering of “Star Wars” universe with unique animation and storytelling styles. From the very first film, stories told in Star Wars galaxy have counted Japanese mythology and the films of Akira Kurosawa among their many influences. Read more for a video and additional information.

The list of short films include: “The Duel” (Kamikaze Douga), “Lop and Ochō” (Geno Studio [Twin Engine]), “Tatooine Rhapsody” (Studio Colorido [Twin Engine]), “The Twins” (Trigger), “The Elder” (Trigger), “The Village Bride” (Kinema Citrus), “Akakiri” (Science Saru), “T0-B1” (Science Saru), and “The Ninth Jedi” (Production IG). Lucasfilm wanted creativity to flow free, so they let each studio tell the stories in their own way, whether it be with established or completely new characters. 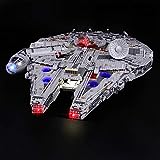 We really wanted to give these creators a wide creative berth to explore all the imaginative potential of the Star Wars galaxy through the unique lens of anime. We realized we wanted these to be as authentic as possible to the studios and creators who are making them, made through their unique process, in a medium they’re such experts at. So the idea was, this is their vision riffing off all the elements of the Star Wars galaxy that inspired them — hopefully to make a really incredible anthology series, unlike anything we’ve seen before in the Star Wars galaxy,” said James Waugh (executive producer).