Photo credit: RR Auction
The Apple II was first released in June 1977 and is one of the world’s first highly successfully mass-produced microcomputer products. Finding a used specimen in pristine condition is near impossible, and that’s why this Apple II Reference Manual (6 x 8.5, 196 pages), signed and inscribed opposite the Table of Contents in blue ink by Apple co-founder Steve Jobs and second CEO Mark Markkula sold for a whopping $787,484 USD. Read more for additional pictures and a bonus video. 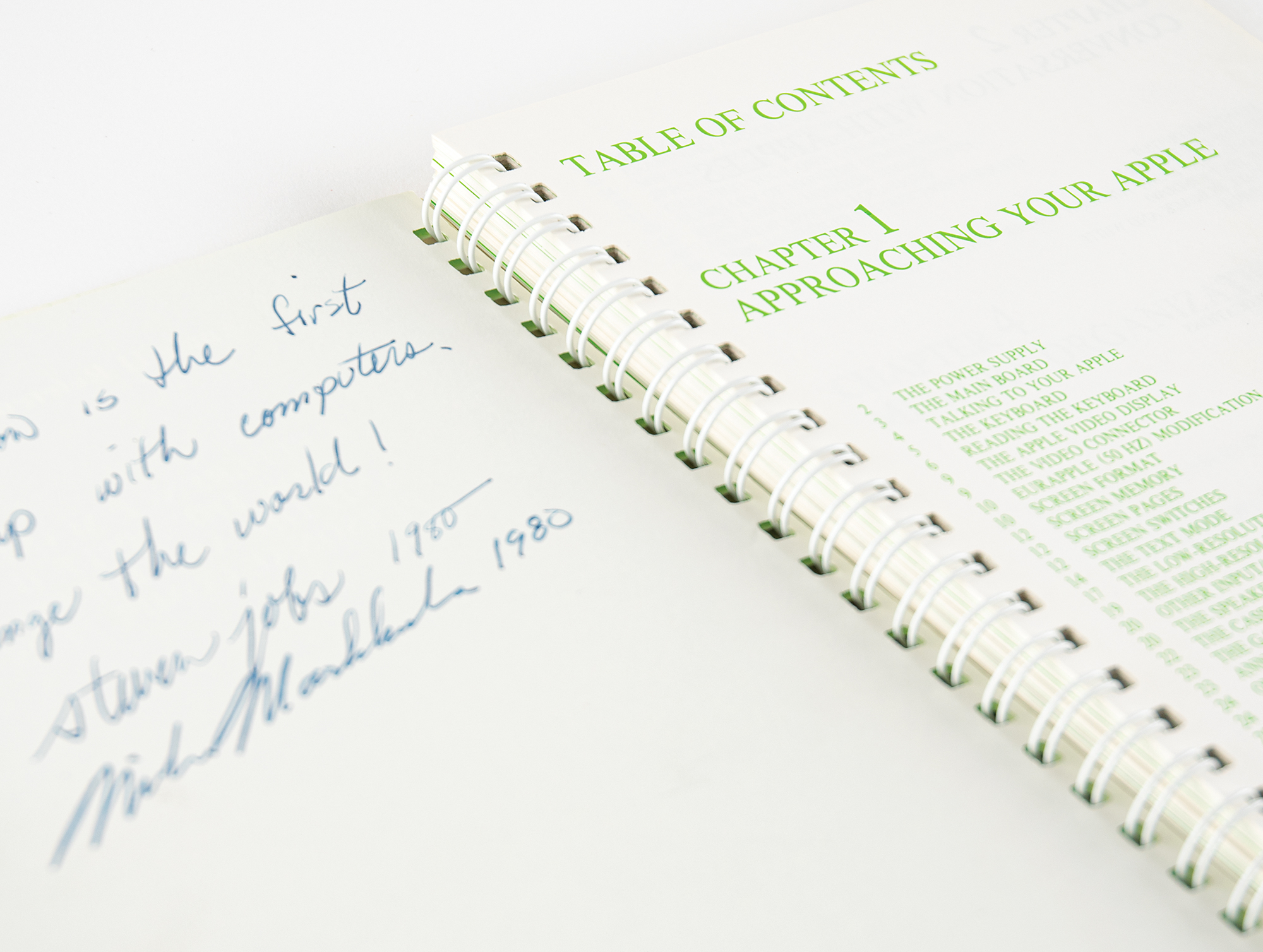 This was signed by Jobs and Markkula when they visited the UK in 1980 to promote their company. It’s in near mint condition with just a few small stains on the front cover. PSA/DNA authenticated the signatures, along with Beckett Authentication Services. The original recipient, Julian Brewer, whose father, Michael Brewer, negotiated exclusive distribution rights for Apple in the UK in 1979, also included a letter that proves record of ownership. 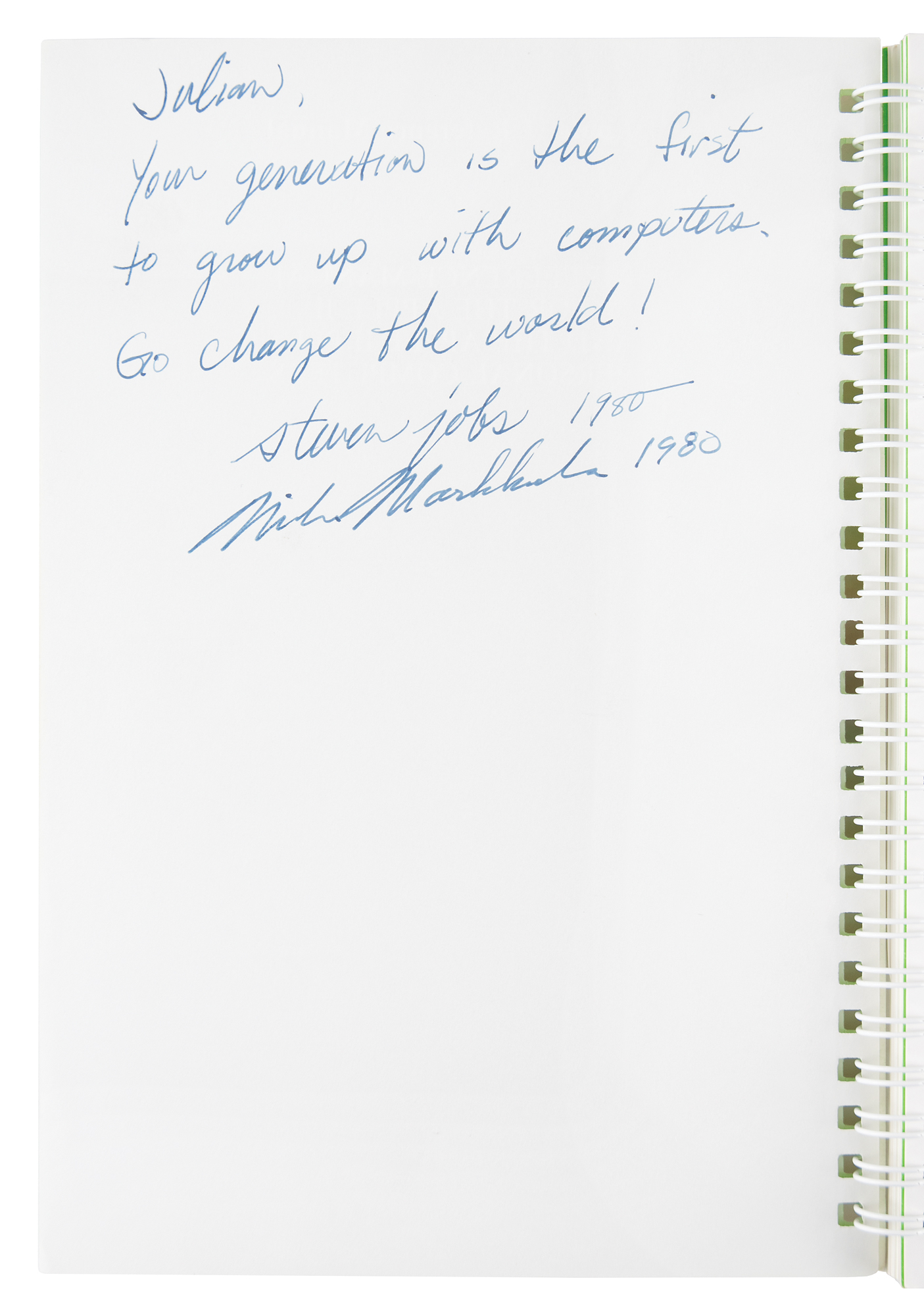 Whereas the Apple I was primarily for hobbyists, with less than 200 units made, the Apple II truly ‘changed the world’ by giving around 6 million homes and businesses their first taste of personal computing. Apple II’s revenues supported Apple’s successful floatation, the biggest tech IPO of the time,” said RR Auction.