The original Apple-I, designed and hand-built by Steve Wozniak, is a desktop computer released by the Apple Computer Company in 1976. Wozniak’s friend Steve Jobs had the idea of selling the computer, thus Apple’s first product was born, and to finance its creation, Jobs sold his only motorized means of transportation, a VW Microbus, for a few hundred dollars, and Steve Wozniak sold his HP-65 calculator for $500. Today, one original example is headed to auction at Christie’s on May 16 at 9 am EST and expected to fetch anywhere between $384,000 – $640,000, a hefty premium over its original $666.66 price tag ($2,994.09 adjusted for inflation). Read more for another video, additional pictures and information.

The Apple-I’s built-in computer terminal circuitry was unique to say the least, and all users needed was a keyboard, along with a television set. Its competition, like the Altair 8800, were typically programmed with front-mounted toggle switches and used indicator lights (red LEDs, most commonly) for output, and had to be extended with separate hardware to allow connection to a computer terminal or a teletypewriter machine. This made the Apple I ahead of its time, and in April 1977, the price was dropped to $475. 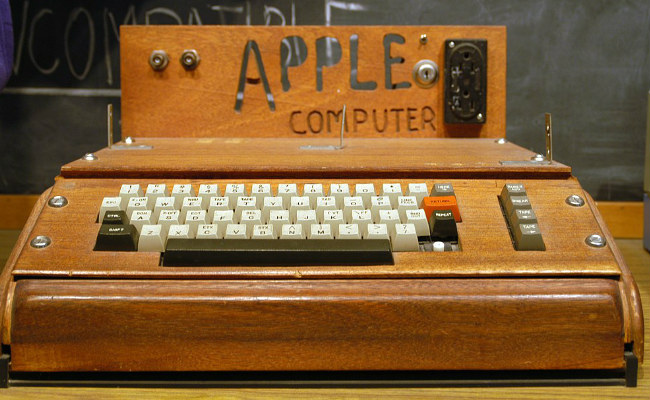 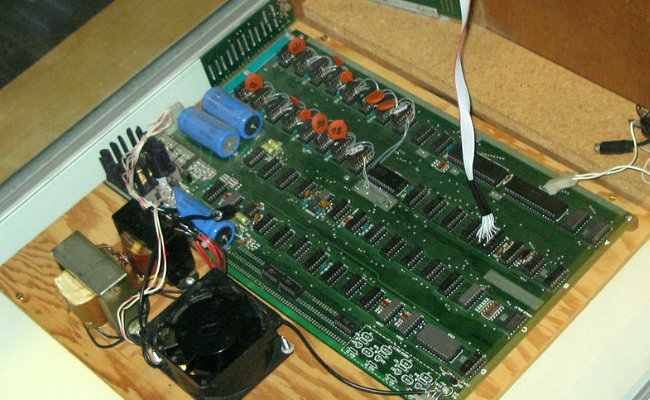