The first camera-equipped smartphone was released in 2000, yet a video has surfaced of an alleged time traveler with one at a 1995 Mike Tyson boxing match against Peter McNeeley. While some may say it’s a Casio QV-10 or Logitech Fotoman, the lens and flash placement just do not match up. “I dunno if it’s a time traveler or not, but no one can explain what camera it is; a QV-100 doesn’t have a silver bit on the right, and this camera doesn’t seem to have a black line under the lens,” said one commentator. Continue reading for a hands-on video of one of the purported cameras. 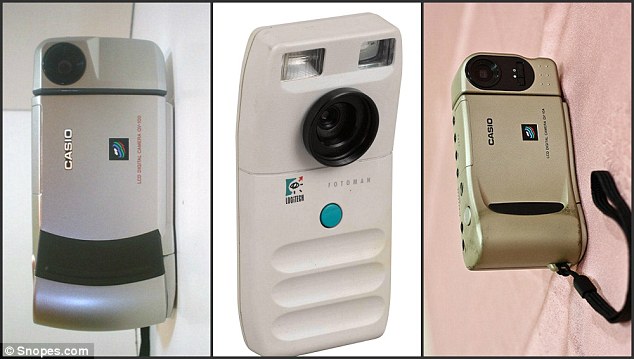 “What we have here is a time traveler coming back to watch their favorite fighter and sitting in the front row seats. Back in 1995 they did have phones, but they didn’t yet have cameras on them,” said researcher Scott Waring.

Roku Streaming Stick Has Quad-Core Processor and Dual-Band Wireless, Get One for Under $40 Shipped