Many know Mont-Saint-Michel as an island commune in Normandy, France, located about 0.6-miles off the country’s northwestern coast, at the mouth of the Couesnon River near Avranches. This destination has not always been a tourist destination, but rather the island has held strategic fortifications since ancient times. Its position – on an island just 600 meters from land – made it accessible at low tide to the many pilgrims to its abbey, but defensible as an incoming tide stranded, drove off, or drowned would-be assailants. Continue reading for more interesting facts about Mont Saint-Michel.

5. Connection to Mainland Has Changed Over the Years 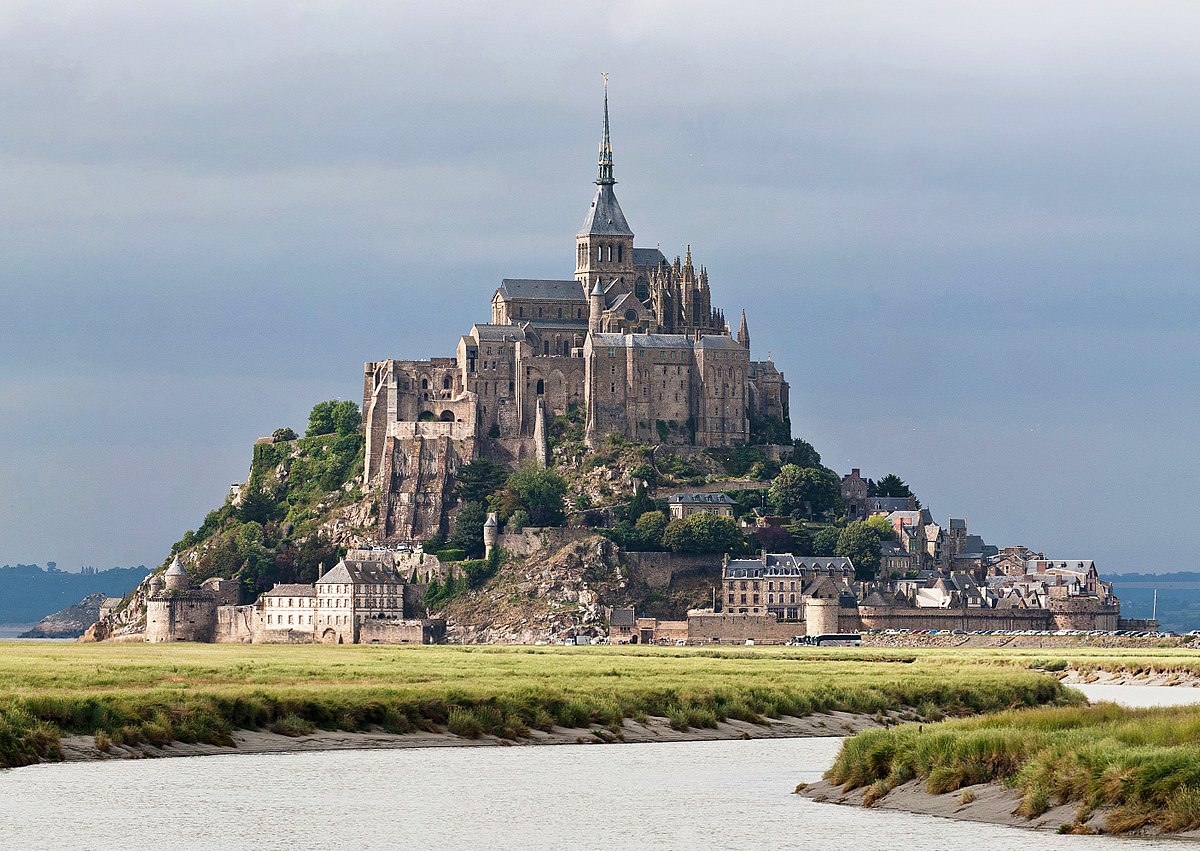 In the past, Mont Saint-Michel was connected by a tidal causeway – a path uncovered only at low tide – but this was converted into a raised (permanently dry) causeway in 1879, which prevented the tide from scouring the silt around the mount. The tides can vary greatly, at roughly 14 meters (46 feet) between high and low water marks. 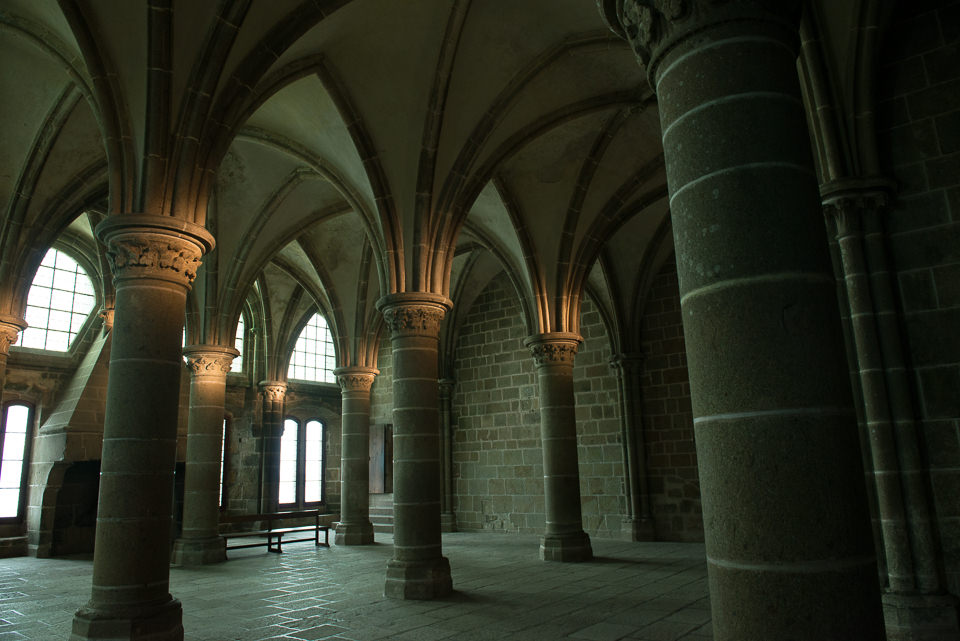 During the 11th century, Italian architect William of Volpiano was chosen by Richard II, Duke of Normandy, to be the building contractor. He designed the Romanesque church of the abbey, placing the transept crossing at the top of the mount. Many underground crypts and chapels were built to compensate for this weight, forming the basis for the supportive upward structure that can be seen today. 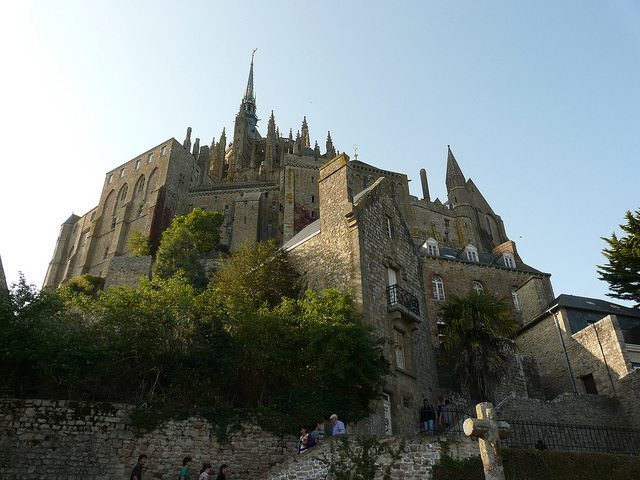 Thanks to its unique position, accessible at a low tide, but inaccessible when during high tide, Mont Saint-Michel remained unconquered during the Hundred Years’ War, where a small garrison fended off a full attack by the English in 1433.

2. Abbey was Once a Prison 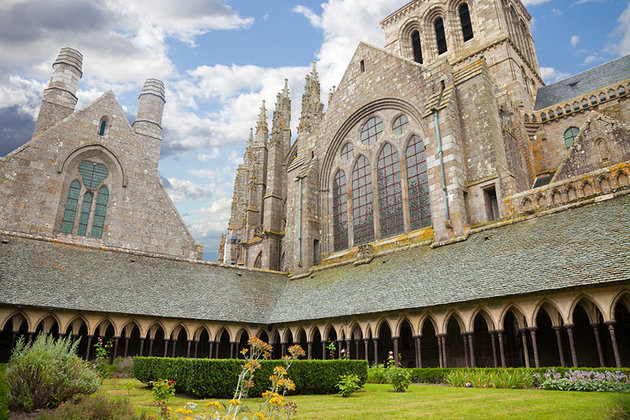 The abbey was closed in the past and then converted into a prison, initially to hold clerical opponents of the republican regime. High-profile political prisoners followed, but by 1836, influential figures – including Victor Hugo – had launched a campaign to restore what was seen as a national architectural treasure. The prison was eventually closed in 1863, and the mount was declared a historic monument in 1874.

1. Shops and Restaurants Now Exist on the Island Commune 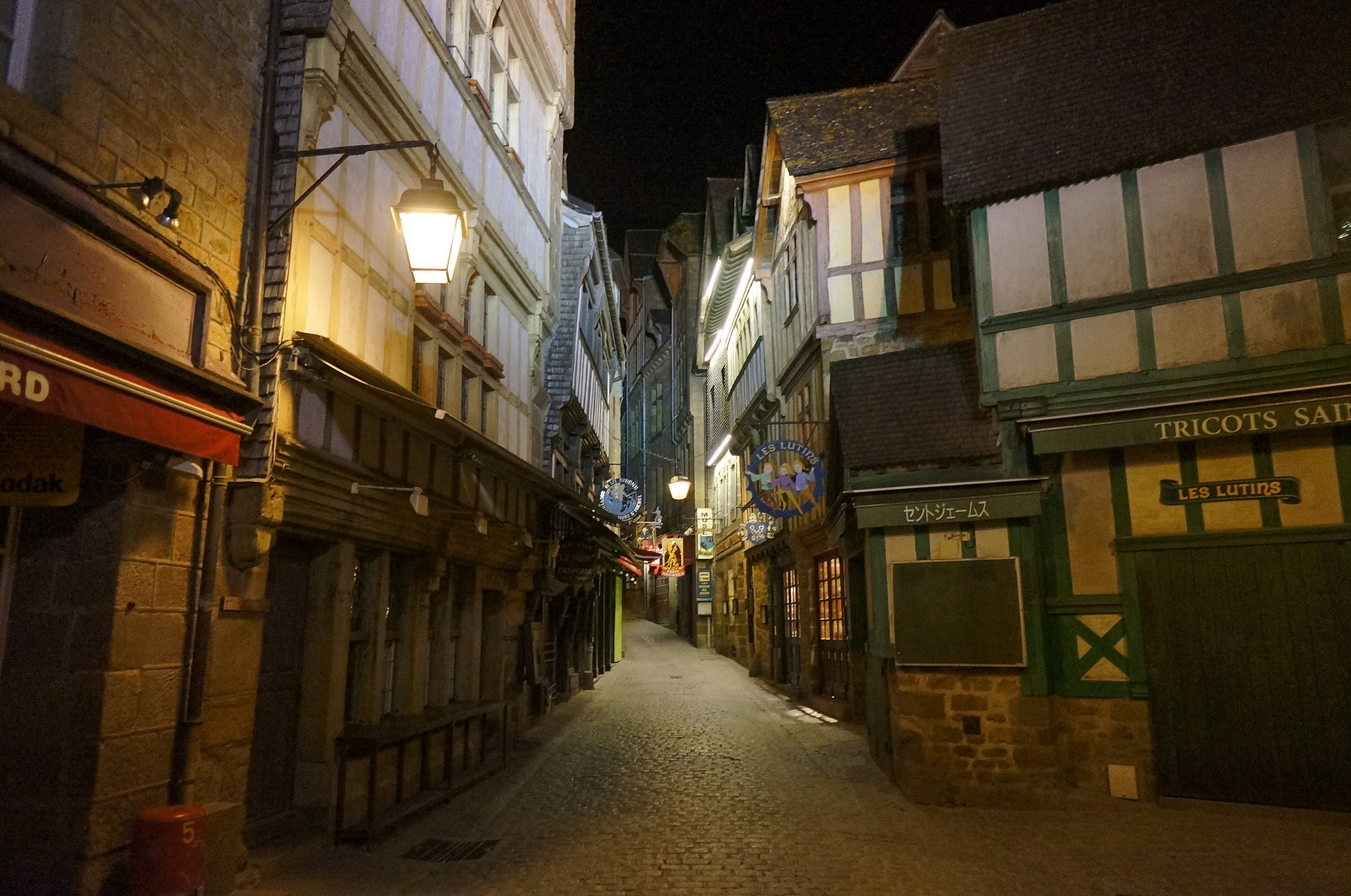 The Mont-Saint-Michel and the Bay of the Mont-Saint-Michel is currently listed as a UNESCO World Heritage Site since 1979. It’s one of France’s most recognizable landmarks, visited by more than 3 million people each year. There are approximately fifty shops and plenty of restaurants with remarkable views. Le Mont-Saint-Michel has long belonged to some families who shared the businesses in the town, and succeeded to the village administration.