The Sukhoi T-50, designed for the PAK FA program, is a stealthy, single-seat, twin-engine jet fighter, and is the first operational aircraft in Russian service to use stealth technology. This fighter specializes in air superiority and attack roles, thanks to its supercruise, stealth, super-maneuverability, and advanced avionics. Continue reading for more cool facts. 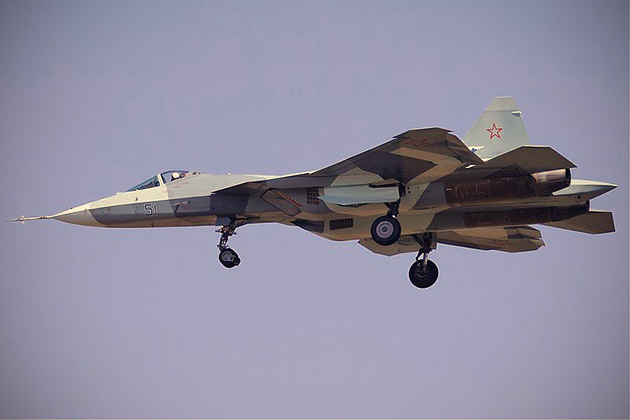 The PAK FA is intended to be the successor to the MiG-29 and Su-27 in the Russian Air Force and serve as the basis for the Fifth Generation Fighter Aircraft (FGFA) being co-developed by Sukhoi and Hindustan Aeronautics Limited (HAL) for the Indian Air Force.

4. Can Sustain Supersonic Flight Without Afterburners 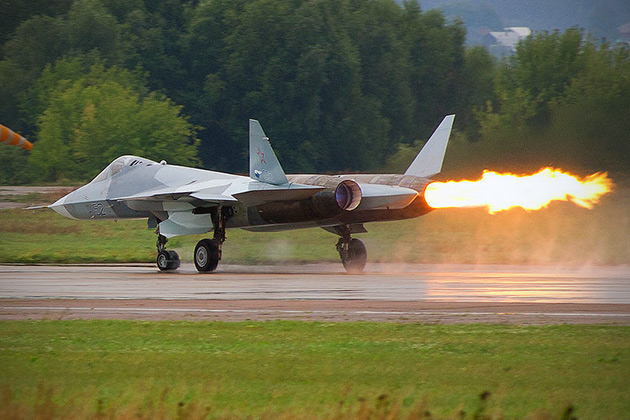 Advanced engines and aerodynamics enable the T-50 to supercruise, sustained supersonic flight without using afterburners. Combined with a high fuel load, the T-50 has a supersonic range of over 1,500 km, more than twice that of the Su-27.

3. Makes Extensive Use of Composites 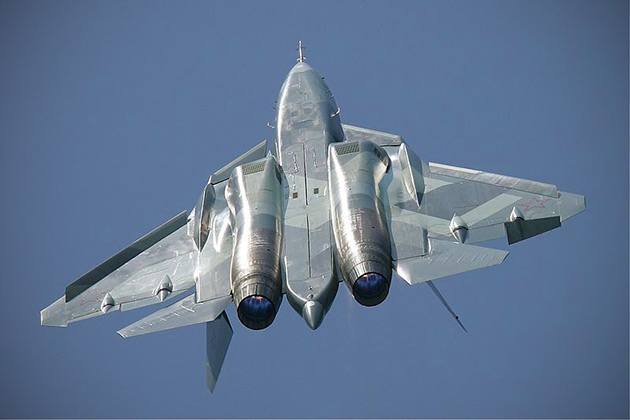 The T-50 makes extensive use of composites, comprising 25% of the structural weight and almost 70% of the outer surface. Weapons are housed in two tandem main weapons bays between the engine nacelles and smaller bulged, triangular-section bays near the wing root.

The T-50 will be the first operational aircraft in Russian Air Force service to use stealth technology. Similar to other stealth fighters such as the F-22, the airframe incorporates planform edge alignment to reduce its radar cross-section (RCS); the leading and trailing edges of the wings and control surfaces and the serrated edges of skin panels are carefully aligned at several specific angles in order to reduce the number of directions the radar waves can be reflected.

The T-50 employs the NPP Zvezda K-36D-5 ejection seat and the SOZhE-50 life support system, which comprises the anti-g and oxygen generating system. The 30 kg (66 lb) oxygen generating system will provide the pilot with unlimited oxygen supply.The life support system will enable pilots to perform 9-g maneuvers for up to 30 seconds at a time, and the new VKK-17 partial pressure suit will allow safe ejection at altitudes of up to 23 km.

This Hydrogen Battery Can Charge Your iPhone 6 for 7-Days Straight, is Easily Refueled Through Headphone Jack

CrazyFire’s 2.0MP USB-Powered Snake Camera Lets You Explore the Unknown, All for Under $19